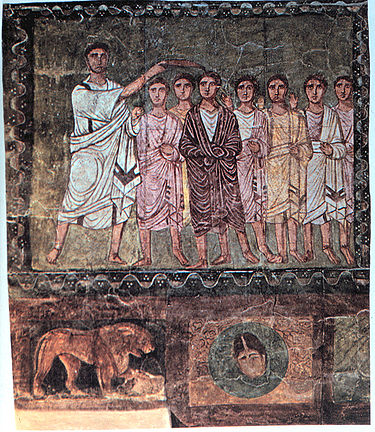 "You don't negotiate deals with your friends," said President Obama, defending the Iran nuclear deal in an interview with CNN's Fareed Zakaria yesterday. "You negotiate them with your enemies."

Maybe so, but there are enemies and there are enemies. And opponents of the deal argue that the powers-that-be in Tehran are not the kind of enemy that you can negotiate deals with. In a letter heralding Chuck Schumer's declaration of opposition, American Jewish Congress president Jack Rosen declared that the senior senator from New York, unlike the Administration, "believes Iran's messianic and terror sponsoring leadership will not change, and that this deal will allow Iran to retain its nuclear weapons program even as sanctions are lifted."

The idea that messianism makes the Iranian regime untrustworthy has been a favorite talking point of Israeli Prime Minister Binyamin Netanyahu for the past five years. As he told the the Atlantic's Jeffrey Goldberg shortly before taking office in 2009, "You don’t want a messianic apocalyptic cult controlling atomic bombs. When the wide-eyed believer gets hold of the reins of power and the weapons of mass death, then the entire world should start worrying, and that is what is happening in Iran."

It certainly is the case that a deep strain of messianic belief runs through Shiite Islam. The Twelver Shiism of the Ayatollahs teaches that the Messiah, or Mahdi, is their twelfth imam, Muhammad b. al-Hasan al-Askari, who went into hiding in the 9th century (the "Occultation")  and will one day return to establish an Islamic state under Islamic law.

Former Iranian president Mahmoud Ahmadinejad, who left office in 2013, is a serious messianist who, a couple of months ago, gave a speech to a group of clerics in which he accused the United States of planning to arrest the Hidden Imam before he can appear. But it's worth noting that Ahmadinejad himself acknowledged the eccentricity of his views, saying that "some in Iran laugh about these comments."

Like Christianity, Islam inherited its messianic beliefs from Judaism, where the Messiah was "the anointed one" descended from King David who would rule the Jewish people in a redeemed earthly world to come. In a 1959 essay, "Toward an Understanding of the Messianic Idea in Judaism," the great scholar of Jewish mysticism Gershom Scholem distinguished two species of biblical messianism. The first, articulated by the prophets, presents a utopian vision of a unified humanity turning to the God of Israel at the End of Days. The second, evident in the Book of Daniel, advances an apocalyptic vision of good versus evil, of purity against impurity, of Israel against the heathens.

The Jewish State has recently witnessed outbreaks of the latter form. Last week five members of the messianic "Hilltop Youth" were arrested for the June 18 arson at the historic Church of the Multiplication of the Loaves and Fishes on the Sea of Galilee. The attackers who firebombed a home in the Palestinian village of Duma, killing 18-month-old Ali Dawabshe, left behind graffiti reading, “Long live the king Messiah.”

It is perhaps understandable that Netanyahu, a secularist, might see the Tehran regime in terms of his home-grown messianists. His apocalyptic rhetoric suggests that he does. But the embedded doctrine of the Mahdi no more means that all Shiites are messianists than regular Jewish prayers for the rebuilding of the Temple mean that all Jews are. The hope is that, by entering the concrete realm of secular history, both the State of Israel and the Islamic Republic of Iran will permit their respective Messiahs to proceed at their own pace.