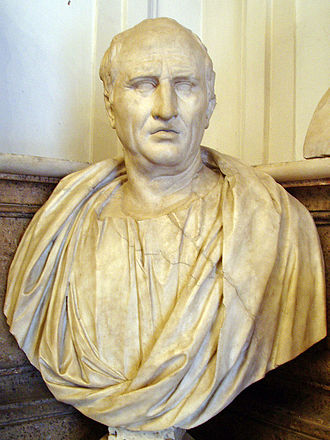 But of Cicero, 1st Century C.E.

“O Tempora, O Mores,” cried Cicero, and you’d be hard pressed to find a time when somebody wasn’t lamenting the decline of morals. That said, we Americans are living at a moment when the jeremiads have gotten louder. Here’s a typical example, from Father Andrew Petiprin, rector of St. Mary of the Angels Episcopal Church in Orlando, writing over at Covenant.

We have slid down the slippery slope, hurried away from a biblical vision of rightly ordered humanity, and our culture now consists of work with with no intrinsic end, mind-numbing entertainment, ubiquitous self-medication, the valorization of every sexual desire and identity under the sun, genetic manipulation, and industrial levels of abortion on demand with the harvesting of baby organs.

In America today, violent crime hasn’t been so low since the 1970s. Abortions have been in steady decline for a quarter-century. There is new concern about the plight of the poor, about income inequality. Society as a whole has become aware of police brutality toward people of color, and we are beginning to do something about it. The death penalty is on the way out.

Sexual abuse of minors is being taken more seriously than ever before. We are living through a golden age of mind-challenging television and podcasts. Prejudice against gays and lesbians is disappearing, and their right to marry those they love has been recognized. A greater percentage of Americans have health insurance than ever before. The minimum wage is on the rise. The imminent threat of climate change is finally on the political map.

Is there much to be accomplished? Of course there is. I’d put establishing a path to citizenship for our undocumented immigrants right up there. And while I’m not exactly sure what work with an intrinsic end is, it would be good if more people were employed by enterprises whose sole concern wasn’t increasing shareholder value.

I understand, of course, the conservative hue and cry over same-sex marriage and the contraception mandate. Likewise, that the rise of the Nones and the difficulty of getting millennials to show up in church makes it more difficult to communicate your biblical vision of rightly ordered humanity.

But slippery slope? Let’s get real.