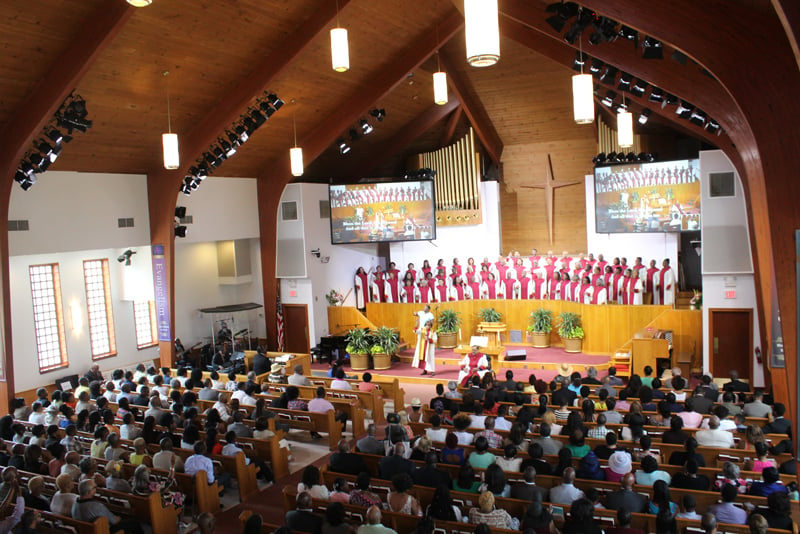 ALEXANDRIA, Va. (RNS) At Alfred Street Baptist Church, the pews start to fill more than half an hour before the service begins. White-uniformed ushers guide African-Americans of all ages to their seats. Some stand and wave their hands in the air as the large, robed choir begins to sing.

In September, after using a dozen wired overflow rooms, the church will start its fourth weekend service.

So many people attend, church leaders are now asking people to limit their attendance to one service.

“Pick your service,” said the Rev. Edward Y. Jackson, an assistant to the pastor, at the start of a recent service. “Come in, come early, get your parking space so we can all enjoy and worship God together.”

A recent Pew Research Center survey found that Christians are losing their share of the U.S. population, dropping to 71 percent in 2014, down from 78 percent in 2007, with young people leading the exodus. But historically black denominations have bucked that trend, holding on to a steady percent of members during that same period.

As significant, the share of millennial-generation African-Americans who affiliate with historically black churches is similar to that of older churchgoers. 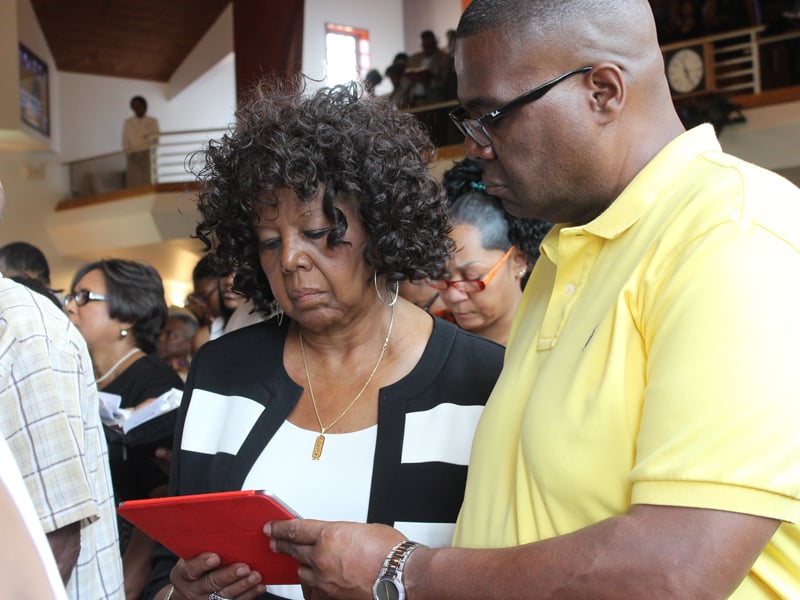 There are numerous reasons why some black churches retain their members, but, most prominently, the church has played a historic role in black life that has fostered a continuing strong black Protestant identity. Members and visitors at Alfred Street say the church’s holistic ministry — the preaching, the singing and the community outreach — are what draw them in and keep them there.

In late July, the church held its annual “Brother’s Keeper” outreach project, in which it gave 2,000 low-income children backpacks and winter coats and provided health screenings for their families. In December, some members marched from the church to a local courthouse in support of the “Black Lives Matter” movement.

READ: A year after Ferguson, a practical theology emerges around ‘Black Lives Matter’

The Rev. David Daniels III, a church history professor at McCormick Theological Seminary in Chicago, said black churches are not universally successful in holding onto younger members, but in some places, mostly black megachurches are gaining adherents even as smaller, aging congregations have dwindling numbers in their pews.

“In some cities, there are some congregations, often with younger pastors, either millennials or Gen-Xers, who’ve been able to develop ministries that are able to attract in their cohort group,” said Daniels, a minister of the Church of God in Christ. The Rev. Howard-John Wesley, 43, has been pastor since 2008 of Alfred Street, which is affiliated with the historically black Progressive National Baptist Convention and National Baptist Convention, USA. He introduced a monthly “Come As You Are” Wednesday night service for millennials as well as “Hour of Power” summer Sunday services. In the last seven years, he said, his church membership has grown from 2,300 to 7,100, and 80 percent of the new members have been in their mid-30s and low 40s. Total attendance on recent weekends has surpassed 3,000.

“We decided to be very concise with time,” said Wesley, who knows families need time for their kids’ sporting events and who watches a 60-minute clock placed strategically at the back of the sanctuary. “The No. 1 thing people ask when they’re invited to a church is ‘What time do you get out?’”

The Rev. Kip Banks, interim general secretary of the Progressive National Baptist Convention, said societal issues such as police brutality as well as efforts to be relevant to millennials — from live-streamed services to marriage and mentoring ministries — continue to draw African-Americans to black churches.

“The church has always spoken to these issues and the church is addressing these issues,” he said. “The black church is the place that’s always affirmed African-American life.”

But Banks and others say black churches are not immune to some of the declines experienced by Christianity in general.

Like the rest of the U.S. population, some African-Americans are disaffiliating. The Pew survey found that 18 percent of African-Americans describe their religious affiliation as atheist, agnostic or “nothing in particular,” compared with 12 percent in 2007. The share of U.S. blacks who fit in the “nones” category rose at about the same rate as the general population, said Greg Smith, associate director of research at Pew.

Recently, NFL running back Arian Foster revealed he does not believe in God, telling ESPN “faith isn’t enough for me.”

And in his new book, “Between the World and Me,” author Ta-Nehisi Coates, a prominent black nonbeliever, writes to his son about how he has a markedly different perspective on the black church than his elders do. 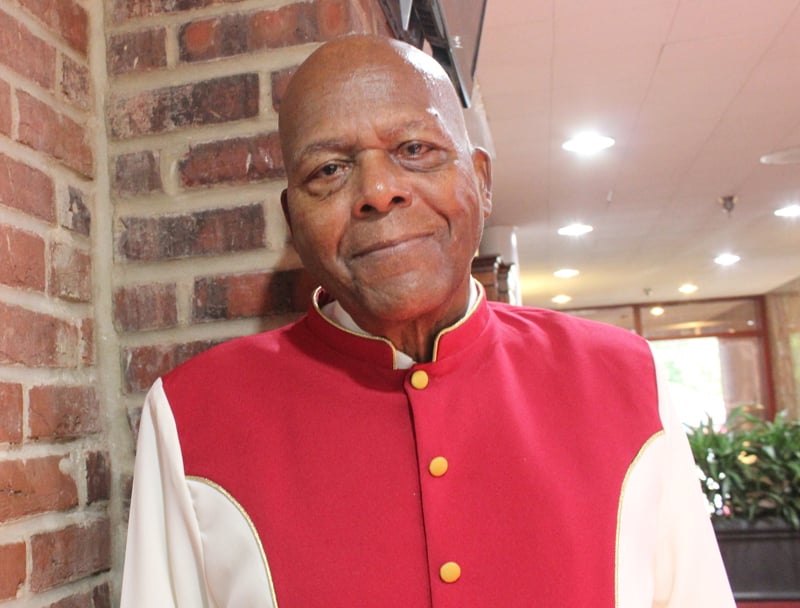 Deacon Emeritus Richard Wair, 84, is a member of Alfred Street Baptist Church in Alexandria, Va., where his family has attended for more than a century. Religion News Service photo by Adelle M. Banks

“I thought of my own distance from an institution that has, so often, been the only support for our people,” he wrote. “I often wonder if in that distance I’ve missed something, some notions of cosmic hope, some wisdom beyond my mean physical perception of the world, something beyond the body, that I might have transmitted to you.”

But Richard Wair of Springdale, Md., the patriarch of a family that has attended Alfred Street for more than a century, remains hopeful that the next generation of African-Americans will continue the churchgoing tradition.

“As an older person, seeing young people coming in, I feel great, I feel encouraged,” said the 84-year-old deacon emeritus. “They have to take up where we left off.”