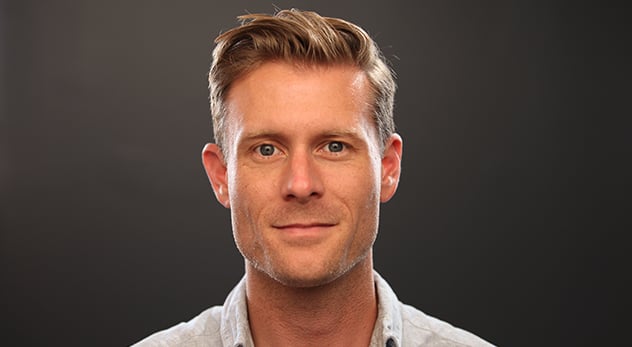 Tim Chaddick is pastor of Reality LA and author of “The Truth About Lies.” – Image courtesy of Tim Chaddick

Mark Twain once said, “There is a charm about the forbidden that makes it unspeakably desirable.” Christians who’ve read the Bible’s first book know this true for it tells of two humans who ate fruit from a tree they were told by God not to touch. Humans naturally want what they cannot, or perhaps more to the point, should not have.

But Tim Chaddick, founding pastor of Reality LA and author of “The Truth About Lies: The Unlikely Role of Temptation in Who You Will Become,” says that many Christians have gotten temptation wrong. They have often trivialized it, failed to speak about its potentially positive results, and have overemphasized some temptations while ignoring others. Here we discuss how he thinks Christians can reclaim a biblical view of life’s forbidden fruits.

RNS: You suggest that temptation has been trivialized in popular culture, as well as the church. I’ll buy the first realm, but I’ve been in plenty of churches, and almost all talk openly and often about temptation. What am I missing?

TC: In my experience, temptation is often spoken of in limited ways, focusing on certain more obvious transgressions. But in reality temptation is so much more, extending to the whole of life. And recognizing this can actually lead to incredible growth. We miss out on growth if our view of temptation is too shallow or too narrow.

RNS: I agree with you that the church has spoken of temptation in “limited ways,” emphasizing only certain kinds of temptations. What are the church’s favorite temptations to talk about, and why do you think we’ve chosen these instead of others?

Maybe we focus on the more dramatic sins, especially of others, in order to minimize more socially acceptable sins of our own. But these are not acceptable to God. As Methodist founder John Wesley said, “There are only small sins if there is a small God.”

RNS: Talk about some of the “lesser” temptations that often fail to get mentioned by Christians?

TC: One might be the abuse of power. I remember teaching on this in my church and being surprised by the response. People came up to me thanking me for addressing an often-avoided topic. The truth is that it just happened to come up in the book of the Bible we were studying at the time. But it struck a nerve. A lot of wounds have been afflicted by Christians who have given into the temptation to use power wrongly. Success is another one. Scripture tells us that there are all kinds of different influences shaping us, forming how we view success. Some views can be healthy, seeking to live on behalf of others, while others can be deadly, seeking to live above them.

Jesus faced these issues often in the gospels, showing us that through his life we too can overcome the temptation to view power and success in a destructive way.

RNS: We often talk about temptations using “battle” language, but you think this isn’t quite right. How so?

TC: Battle language is helpful in describing the fight we often experience within temptation, but doesn’t quite capture the whole picture. Rightly wielding a sword on the battlefield requires daily exercise off the battlefield. 17th century preacher John Owen said that temptation can be a man’s exercise or his destruction. I’m sure we have all thought of temptation as being our destruction—but have we ever thought of it as being exercise? Even making the smallest of good decisions daily is like flexing a muscle that strengthens you for the challenges ahead.

RNS: When a major religious leader falls to some kind of temptation, Christians love to be outraged. How do we miss opportunities in these moments?

TC: Whenever I read in the news a story of moral failure among leadership, part of me wants to say with a surge of confidence, “I would never ever do such a thing.” I may even want to give myself a pat on the back, reminding myself of all the ways I have shown integrity in the past. But this reaction has more to do with vanity than virtue. None of us are exempt from bad choices. Defining moments make the headlines and serve as inspiring stories or cautionary tales, but they are never alone. [tweetable]The big decisions we make in public are influenced by the daily, character-shaping choices made in private.[/tweetable]

Instead of picking up stones to throw when hearing of a leader’s downfall, we should pick up the phone and speak to friends and be honest about our own interior lives.

RNS: What are some of the lies that temptations tell us?

TC: The easiest lie to believe is the lie that says we don’t need help—that we can do this on our own, we’re “captain of our own souls,” and all that. Though it can appear to look like freedom, it actually keeps us from it. This mind-set lies beneath the surface of so many other lies: you need to earn your own salvation or you don’t need saving at all.

The truth is that we are dependent creatures. We need food, water, shelter, and relationships. We need God. The great lie believed by many is that we are independent of God, looking to enjoy the gift of life without acknowledging a Giver. Daily we are told that the missing ingredient for unleashing unlimited liberation is found from within. It may sound like freedom, but in fact, it’s a sham. Jesus unmasks this lie and teaches us what true freedom is. It’s found in dependence upon the God who gives life.

News
For some pastors, the past year was a sign from God it was time to quit