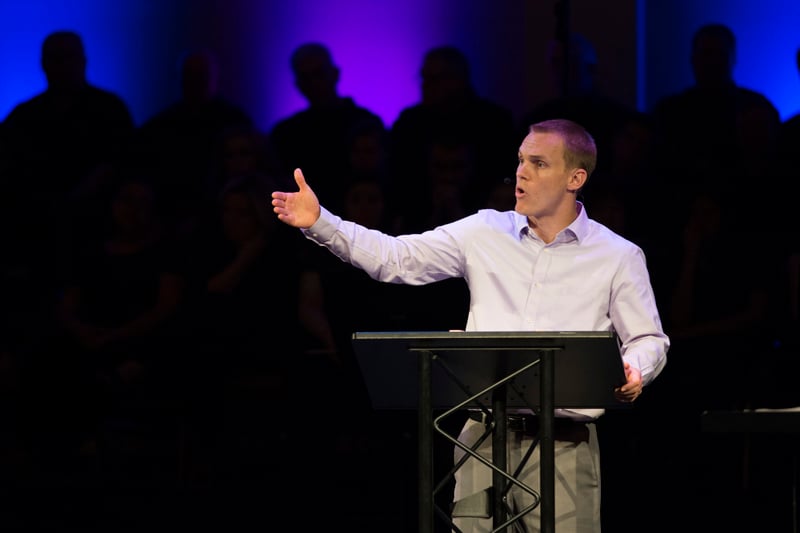 (RNS) The Southern Baptist Convention will cut as many as 800 employees from its overseas missions agency to make up for significant shortfalls in revenue, officials announced Thursday (Aug. 27).

The International Mission Board anticipates an annual budget shortfall of $21 million this year, following several consecutive years of shortfalls.

The developments are particularly painful for a denomination that was founded as a missionary-sending organization and that prides itself on making Christian converts across the globe.

“Over the past six years, the organization’s expenditures have totaled $210 million more than has been given to it each year,” the board said in an announcement.

”Sure, this is not an ideal step but quite frankly there are no ideal steps at this point,” said International Mission Board President David Platt on a conference call with journalists.

Platt told staff about the plan in a town hall meeting at its Richmond, Va., headquarters.

The cuts will be achieved through a volunteer retirement plan for employees and planned restructuring of the agency.

READ: Southern Baptists to open their ranks to missionaries who speak in tongues

Despite the shortfalls, the mission board intends to send new missionaries to the field — about 300 this year and a similar number in 2016.

Although the board has attempted to address shortfalls by reducing numbers of missionaries through attrition and limited appointments and through property sales, Platt said such methods have not been sufficient.

“(W)e cannot continue to overspend,” he said in a statement. “For the sake of short-term financial responsibility and long-term organizational stability we must act.”

To balance the budget, the board will have to reduce between 600 and 800 staff and field personnel, he said, adding that that would represent about 15 percent of the mission agency’s employees.

Current employees include about 4,800 missionaries and 450 staff.

The agency had also relied on cash reserves but, according to a “frequently asked questions” document released Thursday, is “now close to depleting its reserves and must work to restore them to a more responsible level.”