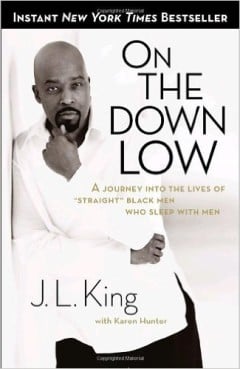 J. L. King’s book about the down low. Photo courtesy of Amazon

(RNS) In his book on the “down low,” J. L. King describes a scene common in some black churches: “I spotted this brother from my pew, ten rows back,” he writes. “When our eyes locked, I knew. He looked at me just a little too long.”

What King knew from the lingering eye contact was that the black man he found in church was, like himself, “on the down low,” a phrase widely used to describe black men who secretly have sex with other men while leading publicly straight lives.

King wasn’t the first writer to tackle the topic, but he quickly became one of its leading voices after Oprah invited him on her show later that year to “blow the lid off” of the secret.

But really, it was no secret.

Since the early 2000s, the topic of black men who have sex with men but identify as straight has been heavily discussed in major American media outlets. Public interest in the topic only intensified when some journalists began connecting the DL phenomenon to HIV infection rates in black communities, which are disproportionately higher than among whites.

In a 2006 book, Pastor Michael Stevens called the down low an “invisible disease” plaguing black churches, and outlined a plan of healing for those black men who wanted out. 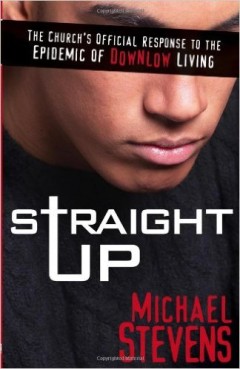 “Straight Up,” Michael Stevens book on the down low. Photo courtesy of Amazon

Gay comedian and activist Sampson McCormick said the Church of God in Christ, the largest Pentecostal denomination in the U.S. and a predominantly African-American church, is full of men who have sex with men.

“If you ever need a boyfriend, you could come to a COGIC convention and leave with two or three, and some of the best sex you’ve ever had,” said the comedian in a phone interview. “I know from experience.”

McCormick insists that his experiences were not out of the mainstream, and that men having sex with men in the black church is more or less an open secret.

Jeffrey McCune, who has written scholarly work on the down low phenomenon, offers several reasons for it. 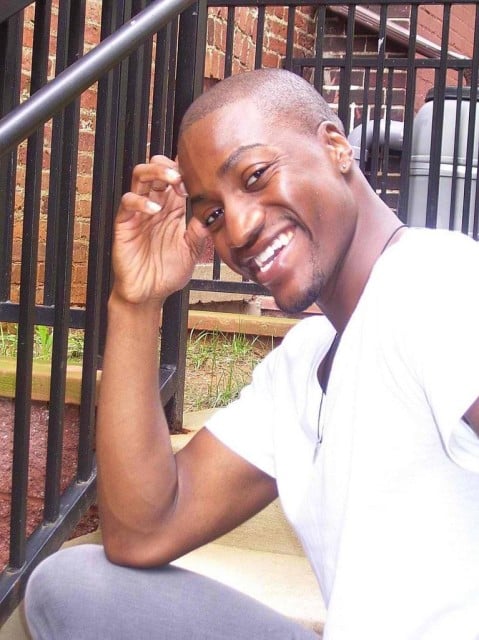 Gay comedian and activist Sampson McCormick said the Church of God in Christ, the largest Pentecostal denomination in the U.S. and a predominantly African-American church, is full of men who have sex with men. Photo courtesy of Sampson McCormick

The black church, he said, is a “social space of high constraint, which produces the necessity for this secret. Churches require black men to be DL.”

But McCune added that churches require this of white men, too. For him, that’s an important point. McCune wants society to move past the DL as a racial construct and understand it as a “tool of negotiation” utilized by many different church cultures.

DeWayne Davis, senior pastor of All God’s Children Metropolitan Community Church in Minneapolis summed it up this way: “Are we painting a picture of closeted black men that is more pernicious than other men?”

Profiles on gay hook-up apps such as Grindr and classified advertising websites including Craigslist show that far from being a term of stigma, “the DL” seems to carry a certain mystique and a cultural clout in many gay communities.

It’s a coded way for men to say, “I’m looking to have sex with men, but I don’t act or talk like the stereotype.”

One Baltimore-area Craigslist ad, for example, uses the term “DL” several times alongside the terms “masculine” and “straight-acting.” According to Davis, those attributes are desirable to many gay men.

But while the language of the down low can afford us a certain glimpse at gay black identity, some researchers suggest the term’s use says more about racial forces at play in the wider culture.

“To be on the DL, to be unfaithful in relationships, that’s a very human experience,” said Rev. Cedric Harmon, co-director of Many Voices, a pro-LGBT group that works with black churches. “But black sexuality tends to be pejoratively presented.” When the DL narrative emerged in the past decade “it reinforced already existing narratives of black men as predators,” he said.

Chinyere Osuji, assistant professor of sociology at Rutgers University, agreed. When white married men have sex with other men, society is quick to offer explanations of their individual behaviors, she said. But when black men do the same thing it’s seen as a social problem plaguing black communities.

The historical context of the down low is baked into the black cultural experience, added McCune. “It comes from trying to keep things secret when under high surveillance, when in slavery. I can read, but I have to keep that on the DL, so I don’t get lynched,” he said, elaborating on the historical parallel.

Davis agreed with that connection. “As black people began to push for civil rights, one of the things we became sensitive to was, ‘How are our bodies perceived?’” said Davis. “You see a continued policing of the black body. We had to make sure our bodies were respectable and controlled.”

The down low, then, he argued, is yet another way to stigmatize black men’s bodies.

Harmon thinks it is important to consider cultural heritage when discussing some blacks’ fear of homosexuality. Enslaved black families were often torn apart as a result of slavery. This legacy “impinges upon how we look at sexuality,” he said. “The discourse goes like this: We need all the men we can find because there’s a dearth of men. So if he’s gay, then that’s one less man.”

Because of rhetoric like this, many people claim homophobia is more of a problem in black communities than in white ones. While 58 percent of whites in the U.S. support same-sex marriage, less than 40 percent of blacks do.

McCune thinks it reasonable for black churches to be concerned.

“You have extreme rates of unemployment, fatherless children because of the continuous incarceration of black men, and so there’s a kind of panic within communities around issues of fatherhood and manliness,” he said.

The subject becomes unreasonable, McCune said, when it turns into demonization, surveillance, and policing.

“We have to begin to look at the systems that are constraining black men’s lives,” he added.

Those systems include the down low and white culture’s fixation with it.