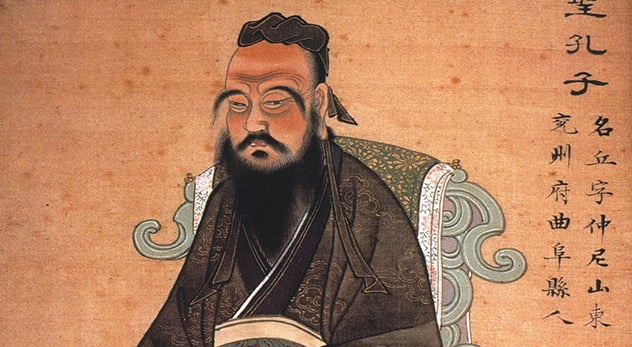 There are Christians, and there are Confucians. The first is rooted in the teachings of a first-century Jewish rabbi named Jesus; the second, in the teachings of Confucius, a Chinese philosopher who pre-dates Christianity by at least 500 years. The two worldviews have often remained separate, but a professor at a prominent evangelical college argues that there should be “Confucian Christians.”

In “Confucius for Christians: What an Ancient Chinese Worldview Can Teach Us About Life in Christ,” Gregg Ten Elshof, who teaches philosophy at Biola University outside of Los Angeles, says that too many Western Christians have dismissed Eastern philosophies as “illogical, uncritical, nonsensical, relativistic, and dangerous.” These false characterizations often prevent Christians from drawing upon the deep wells of wisdom of Eastern worldviews, according to Ten Elshof.

In this highly readable book, Ten Elshof addresses topics such as family, ethics, and ritual to show how the Christian worldview lines up with the Confucian worldview (as opposed to the Western, Platonic worldview). Several chapters begin with a quote from Jesus next to one from Confucius. Such an approach is sure to make many evangelicals uncomfortable, so Ten Elshof is quick to point out that he does not think “all of the world’s great religions represent equally legitimate expressions of the human response to the Divine.” Rather than place the two traditions on equal footing, he hopes to argue that studying Confucius’ writings can actually help Christians move further into and up the way of Jesus. Here, we discuss his provocative proposal.

RNS: Let’s start with the obvious. Some Christians feel uncomfortable learning from a figure in another religion. Why should they care about Confucius?

GTE: Well, some Christians feel uncomfortable learning. Period. And it’s not just Christians. Learning is an uncomfortable business for everyone. It frequently involves the recognition of having been wrong. Sometimes badly wrong. And often about important issues. Beyond the discomfort that comes from learning itself, though, I don’t think Christians feel uncomfortable learning from folks from other religions. We’re very happy to have math and grammar, for example, taught to our kids without any regard for the religious affiliation of the teacher. So, where we have overlapping interests and where there is no threat of conflict between the subject matter and religious conviction, we’re happy to take instruction from almost anyone at all.

What worries folks, I think, is the idea of learning about religious matters from teachers in another religion. Confucius has almost nothing to say about matters that we typically consider “religious.” It’s for this reason that scholars of religion are hesitant to classify classical Confucianism as a religion. Rather, it’s a wisdom tradition – much like Platonism or Stoicism. [tweetable]Christians should care about Confucianism because it’s among the most influential wisdom traditions in history.[/tweetable] And the reason it has been so influential and has enjoyed the longevity that it has enjoyed is because it offers deep reflection on questions that matter to humans everywhere.

RNS: Ok, but how specifically can a non-Christian thinker like Confucius teach us about “life in Christ?”

GTE: Non-Christians can teach us about life in Christ because there is a massive field of overlapping interest between the follower of Jesus and anyone else interested human flourishing. Consider, to take just one example, contemporary empirical psychology. In recent years, there is bourgeoning interest among empirical psychologists in questions about forgiveness, love, joy, and other qualities of the Christian life traditionally conceived. Psychologists (Christian and otherwise) are making exciting discoveries about habits, patterns of thought, and relational dynamics that will help folks to move more freely into forgiveness of others. We ought to be interested in wisdom about how to move more fully into forgiveness whether or not that wisdom is coming from Christians.

Confucius and those who followed in his intellectual wake thought deeply about family, about love, about fidelity and loyalty, about discipleship, and more besides. If there is genuine wisdom here about these deeply Christian topics, then to avail oneself of it is to have discovered resources for moving more deeply into the kind of life to which we are called in Christ. This is not to set aside discernment. These other sources of wisdom are not inspired in the same way that the scriptures are. So the Christian will want to consider them in the light of the authority of scripture. But discernment does not require that we ignore them or refuse to acknowledge their genuine insights.

RNS: You talk about the differences in Western and Eastern worldviews. How are Christians overly Western in their thinking in a way that disconnects them from the teachings of Jesus?

GTE: There are many, but I’ll offer two. First, there is a kind of individualism that has come to characterize Western thought and which is, I think, utterly foreign to the way of Jesus. It’s also foreign to Confucian thought. So reflection on the Confucian tradition can move us toward the kind of radically communal mindset that Jesus enjoins on his followers. Second, the love of knowledge characteristic of Western thought has made it very difficult to appreciate the kind of submissive discipleship characteristic of the Christian way. The Confucian emphasis on submission and love of learning can alert us to our love affair with leadership and move us in the direction of the love of following, which is at the heart of the Christian orientation to life.

RNS: You talk about Confucius’ teachings on family, and many American Christians believe we’re experience a crisis of family today. How can Confucius inform the way we understand family today?

GTE: Both Jesus and the apostle Paul encourage their followers to posture themselves toward one another as a family. It’s a familiar refrain in contemporary churches – pastors encouraging their congregation to be a family of sorts. Yet church is a deeply lonely place for a lot of people. Some suggest that it’s because we’ve failed to treat the church like a family. I think it’s because we’re succeeding. We’re applying the contemporary Western concept of family to the Church. Contemporary Western culture trains us to view the family as a collection of autonomous individuals who may have special obligations to one another – chief among them to gather on set occasions (birthdays, Christmas, etc.) – but who may drift in and out of meaningful relationship depending on other circumstances in life. This conception of family is foreign to the Confucian tradition. And it was foreign to Jesus and Paul. Reflection on the Confucian approach to family can deepen our understanding of Jesus’ radical call to Christian community.

RNS: I’ve heard people describe themselves as a “Buddhist Christian” or “Hindu Christian.” How can someone be a “Confucian Christian“?

GTE: To be a Christian is, among other things, to have a kind of fundamental and ultimate loyalty to and dependence upon Jesus Christ. This rules out fundamental and ultimate loyalty to and dependence upon Confucius, the Buddha, Plato, Aristotle, or your parents, friends, or employers for that matter. On the other hand, one can be a Christian and learn from any number of others. Historically, Christians have sometimes been so deeply influenced by the Platonic wisdom tradition as to warrant the label “Platonist.” I see no reason why the same cannot be true of the Confucian wisdom tradition with the result that there would be some aptly labeled “Confucian Christians.”