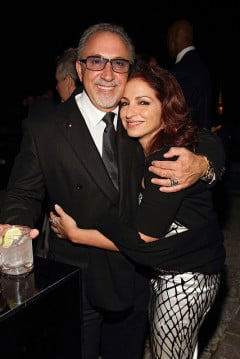 The Cuban-American’s track “We’re All Mexicans” will feature dozens of Latin and Hispanic celebrities including his wife Gloria Estefan, Wyclef Jean and Shakira…none of whom are Mexican.

Estefan said he wants the song to “send a message that represents unity” in light of Donald Trump’s steady stream of anti-Mexican remarks. If that’s the goal, he’s already failed.

For starters, Trump and many Americans already blur everything below Texas. Even fewer can explain the difference between Latino and Hispanic. Bringing a bunch of Hispanic and Latin stars together to sing “We’re All Mexicans” (when only a few actually are) sounds like a recipe for more confusion.

Unlike the abstract rallying call “Je Suis Charlie,” which emerged after the Charlie Hebdo shootings in Paris to communicate solidarity and support for free speech, “We’re all Mexicans” has its own pre-established meaning. The title might work as a Mexican national anthem, but as rallying call for a much broader community of allies, it’s inherently limiting.

The same is true of “Je Suis Juif” — “I am Jewish” — the solidarity slogan Muslims and others in France adopted after four hostages were killed at a kosher supermarket near Paris in January.

These Je Suis/Nous Sommes/We’re All configurations only make sense when abstract concepts are tacked onto the end. We can now “be Charlie” because being Charlie wasn’t a group identity before the Charlie Hebdo shootings. We don’t assume people who wear “Je Suis Charlie” shirts are in fact named Charlie. It’s a newly constructed statement of solidarity—not one of identity.

When we try to construct solidarity phrases using adjective that already have specific identity significance — Jewish, Mexican, Black, trans — we confuse and dilute what it means to be all of these things.

I’m all for taking license with language and creating new and meaningful expressions. I just don’t think this relentless Je Suis trend makes sense when applied to pre-established identities.

#BlackLivesMatter, but We’re not All Black…because we’re not.