This post was updated on October 5, 2017. The ‘Splainer (as in “You’ve got some ‘splaining to do”) is an occasional online feature in which RNS staff give you everything you need to know about current events to hold your own at a cocktail party.

(RNS) Sukkot, also known as the Festival of Booths, began on Wednesday evening (Oct. 4) this year. What is this holiday that makes Jews eat their meals al fresco? Let us ‘Splain …

Why are my Jewish neighbors eating in a little house in their yard this week?

A. That’s a sukkah they’ve constructed for Sukkot, a Jewish holiday that celebrates the harvest and commemorates the Israelites’ wandering in the desert for 40 years after their liberation from slavery. Sukkahs approximate the temporary dwellings they lived in before they reached the Promised Land.

“For a seven-day period you shall live in booths,” God commands in Leviticus 23:42-43. “In order that your ensuing generations should know that I had the children of Israel live in booths when I took them out of the land of Egypt.”

Can a sukkah be your garage, tool shed or sun porch?

Nope. There are many specific rules about building a sukkah. Among them: It’s got to be outdoors under the open sky and may not stand taller than 30 feet, so it doesn’t feel like a house. Sukkah builders have plenty of choices for the wall material. But the ancient rabbis required the roof to be made of something natural, such as bamboo, cornstalks or straw. It’s known as “sechach,” and it must provide shade, but also allow the stars to be seen at night.

The sukkah is purposefully an impermanent structure that reminds Jews of the fragility of earthly creations, as contrasted with the solidity of faith and tradition. It’s also supposed to be a joyous place — many are decorated with children’s drawings, and sukkah meals are to be shared with guests. 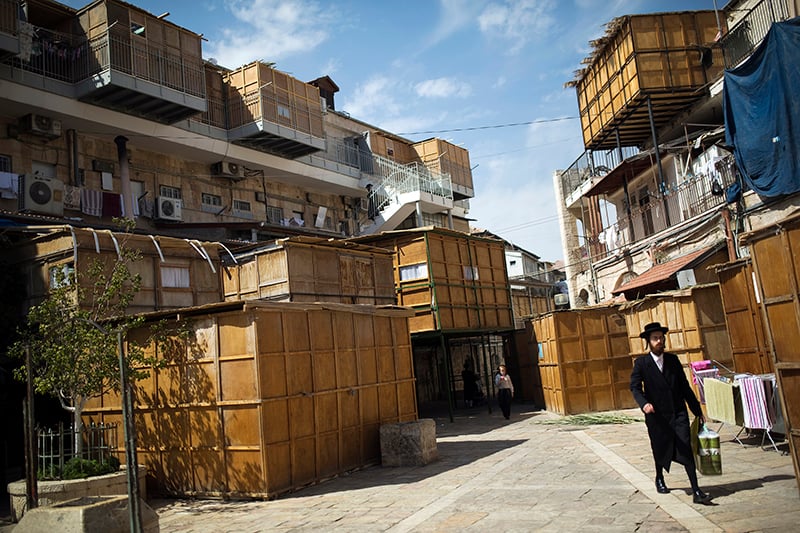 An ultra-Orthodox Jewish man walks near ritual booths, known as sukkot, in Jerusalem’s Mea Shearim neighborhood on Oct. 8, 2014. Photo courtesy of REUTERS/ Amir Cohen
*Editors: This photo may only be republished with RNS-SUKKOT-‘SPLAINER, originally transmitted on Sept. 29, 2015.

What if you live in an apartment building? How can you build a sukkah?

“People build them on balconies,” said Rabbi Deborah Bodin Cohen, director of congregational learning at Congregation Har Shalom in Potomac, Md. “If you’re in Israel, you’ll see this all over the place.” No balcony? Apartment-dwelling Jews often build a communal sukkah on the roof or next to the building. “Or you can go to a synagogue’s or a friend’s sukkah,” Cohen said.

Do you have to sleep in there too?

Yes but no. The Talmud, the record of Jewish rabbinic teachings, says that a man should dwell in the sukkah during Sukkot, making it his home for the holidays. But the obligation is lifted if sleeping there would be uncomfortable. Most Western Jews sleep in their bedrooms during Sukkot. 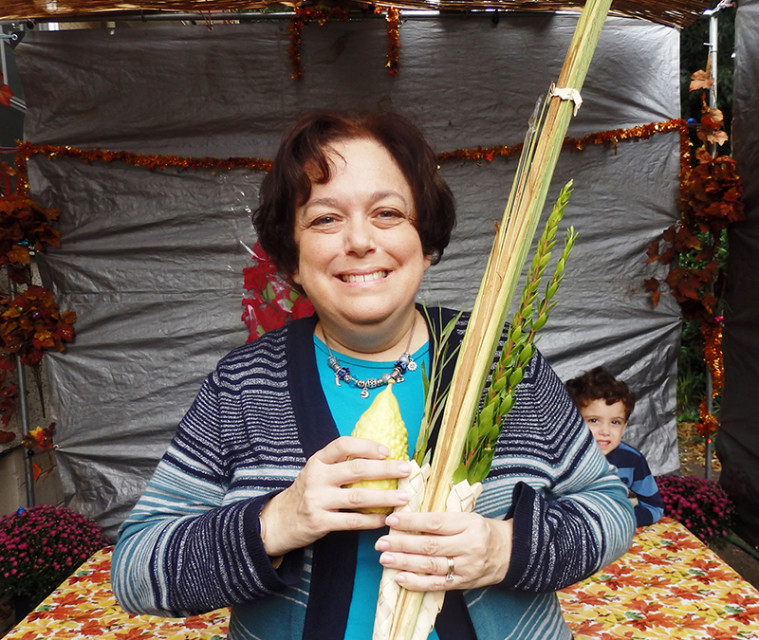 Rabbi Deborah Bodin Cohen and her son Ezra in the family’s sukkah in Rockville, Md. Photo courtesy of David Cohen

Now my Jewish neighbors are shaking a long green thing and a giant lemon. What is happening here?

The green thing is the “lulav,” a palm branch that is grouped with myrtle and willow branches and a yellow citrus fruit called an “etrog.” Together they make up the four species mentioned in Leviticus 23:40. During prayers said on Sukkot, the lulav and the etrog are gathered in the hands and waved — forward and back, left and right, up and down. “It represents God’s presence in all directions,” said Cohen.

I don’t think they sell etrogs at my supermarket.

They probably don’t. Jews around the world usually order them and lulavs from Israel.

How can I learn more?

Online resources for adults on Sukkot include those from the Chabad movement: http://www.chabad.org/holidays/JewishNewYear/template_cdo/aid/4784/jewish/What-Is-Sukkot.htm and the Union for Reform Judaism: http://www.reformjudaism.org/jewish-holidays/sukkot. And you can watch an Israeli film that takes place during Sukkot and illustrates the many aspects of the holiday, called “Ushpizin,” or “guests,” in Hebrew.

Two fun book for kids are “A Watermelon in the Sukkah” by Sylvia A. Rouss and Shannan Rouss, and “Engineer Ari and the Sukkah Express” by Deborah Bodin Cohen.