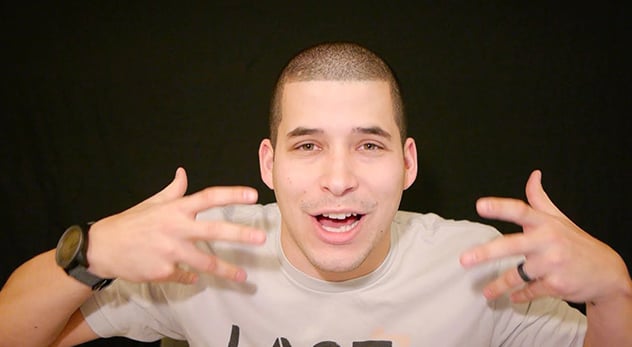 After Jefferson Bethke’s video garnered 30 million views, he became “YouTube famous.” He says that churches and Christians should use technology more effectively, but they should be careful not to abuse it. – Image courtesy of Jefferson Bethke

His spoken word video “Why I Hate Religion, But Love Jesus” went viral, garnered more than 30 million views, and spawned a New York Times bestselling book. Since then, Bethke has continued to use social media and the internet to build his brand and proclaim his faith. He has also written a new book, “It’s Not What You Think: Why Christianity Is About So Much More Than Going to Heaven When You Die,” that seeks to inspire Millennial Christians by overturning modern misconceptions about Christianity. Here we discuss how technology–from the internet to social media–can be a force for good or evil in the hands of Christians.

RNS: Your platform began online, and you continue to have enormous impact through YouTube and your blog. How has social media changed the shape of evangelism and discipleship?

JB: It’s completely changed it for sure. Our online landscape is proof that we learn, engage, and speak differently now. I don’t think most people realize just how big this shift is. I’ve heard one famous theologian note that we are leaving the Gutenberg era for the “TGIF era”–Twitter, Google, iPhone, Facebook. What he means is the Gutenberg era was the era of the book. Of facts. Of objective truth. Of linear sermon points. So Christians spoke into that with apologetics, and three-point talks, and “four spiritual laws.” But we aren’t living in a world of words anymore, we are living in a world of story, which I talk about in the first chapter of my new book.  Whoever tells the best story wins, and if you look at what works in social media, it’s usually at its heart a great or compelling story. The sad part: [tweetable]Christians have the greatest story ever told but aren’t telling it.[/tweetable]

RNS: But books are still wildly popular among Millennials–they are actually out-reading older generations and prefer paper books to e-books. And, after all, you just wrote a book. Isn’t this still a powerful medium for starting spiritual conversations?

JB: Of course! I think the easy generalization and false dichotomy would be to say everything tech-oriented is story-oriented, and anything with words (i.e. books) isn’t. [tweetable]Words aren’t going anywhere, but how we use them and what connects with people is shifting.[/tweetable] In fact, I think books are becoming almost more powerful in a world of sound bites, tweets, and very small form text. A good book can make you feel like you just had coffee with someone, connected with someone, and heard their life story. A tweet can hardly do that.

JB: Snapchat is one of my favorite mediums right now because of the built-in feature that allows you to tell a story in 24-hour increments. Again, story is what’s connecting and resonating and Snapchat enables that better than the rest. I like to see it as little kindling. Little bursts of clips, tweets, and snaps can’t really hold a fire big enough to give warmth–community, joy, fullness–but they are the best tool to get a fire started these days.

RNS: Some people argue that in the Facebook age, we sometimes prefer online community to real-life relationships. Why should we press into awkward flesh-on-flesh community?

JB: Because that’s where true healing happens. Healing only comes when we take off the mask and be vulnerable. In my book, I have a whole chapter on healing and how it is affecting so many of us right now–we aren’t handling our wounds. We are just hiding behind our phones, masking our pain, and trading online community for the real thing. And it’s hurting us. Healing only comes through life-on-life vulnerability and covenant. When someone sees all that you are and still wants you. That’s what we were created for.

For example, there is no substitute for real life around a table or a meal. We are created for that messiness. The vulnerability of the human soul. The transparency that happens when you let the guard down. The internet can’t give that. It’s hidden, cropped, and edited. We lose a part of our humanness when we try to find our true humanness in pixels, and URLs, and Instagram likes.

RNS: How do you respond to the idea that all the technology in modern church services–fog machines, jumbo screens, moving lights–is actually preventing spiritual connection? Is this true?

JB: [tweetable]Technology is neutral. Churches should use it, but not abuse it.[/tweetable] And sometimes churches can get carried away with technology and it becomes so pivotal that it actually distracts from the good news of Jesus. We always have to remind ourselves it’s about using the things well, not simply not using them.