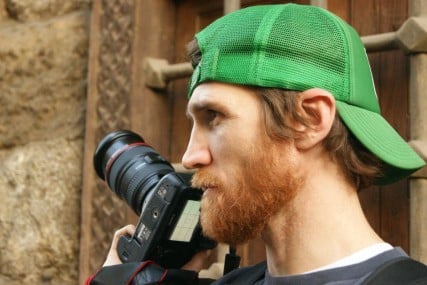 When he was still a kid growing up in Utah, Arthur Van Wagenen got dragged to the movies pretty often, though at the time he didn’t appreciate the experience for what it was: transcendence.

“It’s not just about the entertainment value of film, but the idea of sitting in a dark room with strangers while you watch these scenes on the big screen,” he says. “It’s a collective way to change your view of the world and of humanity.”

At least, that’s the way his father Sterling Van Wagenen taught Arthur to see things. The elder Van Wagenen helped start the Sundance Film Festival with Robert Redford, and has produced and directed many films, including The Trip to Bountiful, which won a Best Actress Oscar for its star Geraldine Page.

Film “was the lifeblood of our family,” remembers Arthur. “It was a pretty idyllic childhood. We were learning to ski on the slopes while my dad was taking meetings at Sundance. I remember him introducing us to Kurosawa’s work and old John Ford movies.”

Despite the family’s love of film, Arthur and his five siblings were encouraged to take up more practical careers. He gravitated toward law in the entertainment industry, working for New Line Cinema during the height of the studio’s popularity with The Lord of the Rings trilogy.

Then came stints in private practice and with a small documentary film company before he heard in 2012 that Deseret Book was looking for someone to rebuild its film division, Excel Entertainment.

He wasn’t an immediately intuitive choice for the title of “Product Director for Film,” he says.

“When I came to interview with Sheri Dew, I had to sheepishly admit to her that in walking through a Deseret Book store on my way to the interview, I did not own a single one of the films that was in their store,” he says.

“I’ve had to do some repenting and rethinking of that, and I see now that there is merit to a lot of the films we’re putting out. But I think we’re still seeking for that perfect film that’s authentic and honest that can transcend cultures and faith traditions.”

His goal for Excel Entertainment is to release movies that people won’t describe as “a good LDS film” or even “a good small independent film” but “a good film, period.”

Excel started in 2000 with the release of God’s Army, Richard Dutcher’s indie hit about the Mormon missionary experience.

Because LDS viewers were eager to see more of their own stories on the silver screen, the new genre of “Mormon cinema” was born—even if, in retrospect, it was born prematurely.

Van Wagenen doesn’t name names, but he does suggest that many of the films that followed in quick succession in the early Oughties were sorely lacking in quality—a fact that viewers picked up on too, because Mormon cinema soon trailed off after that initial burst of excitement.

Asked about the kinds of films he aspires to release someday, Van Wagenen cites award-winning classics like Tender Mercies, Chariots of Fire, The Mission, and To Live by Zhang Yimou.

“These are overtly religious films, but they are cinematic enough and are exploring such universal themes that they don’t feel restricted,” he explains.

He’d rather see Mormon cinema head in that sensitive, grand artistic direction than follow other recent models for faith-based filmmaking.

“I think some Mormon filmmakers have looked at the success that evangelical films have had, and wonder if we should emulate that,” he notes. “I don’t want to do that. Mormonism is unique and complicated and beautiful in terms of its scripture and doctrine and history. We don’t want to lose that.” For his part, Van Wagenen is proud of the recent films that Excel has been promoting—up to five a year now. That includes this fall’s Just Let Go, now in theaters, which is based on a true story of forgiveness; and Freetown, now on DVD, which chronicles the escape of Mormon missionaries from Liberia during its civil war.

He’d like to push the envelope a little further.

“The church is getting more transparent with its history, but I think our storytellers are still holding back,” he says. “We’re interested in not offending, and in making devotional films. They’re intended to strengthen and bolster testimonies, but that means they’re clearly intended to sustain one specific view of the world.”

And always, he wants to raise the bar in terms of craft.

“We believe in a Creator who made the world with so much detail and craftsmanship that do anything less in our films is almost offensive to me,” he says.