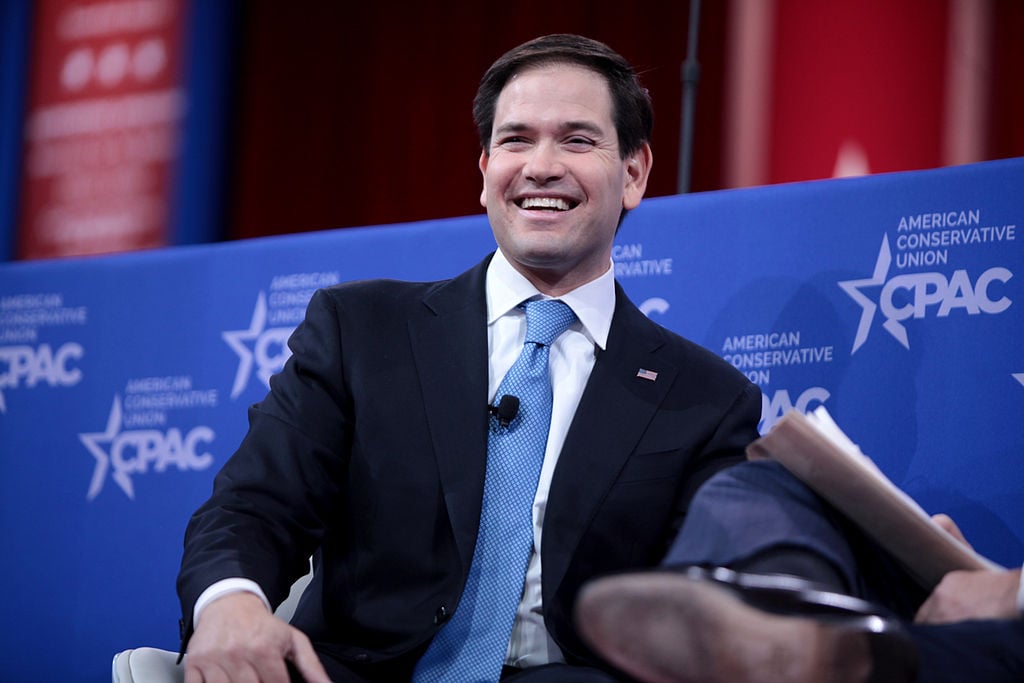 (RNS) October has been a good month for Marco Rubio.

The Republican presidential candidate and U.S. senator from Florida made a strong showing in CNBC’s debate Wednesday (Oct. 28), and on Thursday he captured the lead among a sought-after and influential voter segment: evangelical Christian leaders.

More than one-quarter of evangelical leaders now name Rubio — a Catholic — as their favorite in the presidential field, according to the National Association of Evangelicals, which conducted the survey among the 100 evangelical leaders who sit on its board of directors. The survey was conducted before the most recent debate.

READ: Five Faith Facts about Marco Rubio: ‘Once a Catholic always a Catholic’

The results may be a further indication that a candidate’s religious identity is becoming less important to evangelical voters.

But the news isn’t all good. More than one-fifth — 21 percent — of those polled said they had no preference among the candidates, Republican or Democrat. NAE’s board of directors consists of leaders from evangelical denominations, missions, universities, publishers and churches.

“Rubio represents a new generation of conservative leadership to many,” said Leith Anderson, NAE’s president, in a statement. “But about the same number of evangelical leaders aren’t seeing a strong candidate for them in the mix, and frontrunners didn’t fare well in our poll.”

Dr. Ben Carson, a Seventh-day Adventist who has moved ahead of Donald Trump in major polls, captured only 12 percent of those polled. And Trump got only “an insignificant number of votes,” according to the pollsters. Some of those polled specifically noted “Not Trump” or “Anyone but Donald Trump,” NAE officials said.

Evangelical conviction was no guarantee of support from those polled. Mike Huckabee, a Southern Baptist pastor, and Ted Cruz, an evangelical Texas senator, were also on the “insignificant” list. So was Hillary Rodham Clinton, a Methodist.

The NAE conducts a poll among its board members every month, but this is the first time they have been asked about the presidential candidates in this electoral cycle.

But before Rubio celebrates, he might refer to the last time the NAE surveyed its board about presidential hopefuls a year before the election. The leader then — in June 2011 —  was former Minnesota Gov. Tim Pawlenty. Despite his showing of support from 45 percent of NAE leaders, he withdrew from the race about two months later after a poor showing in Iowa.