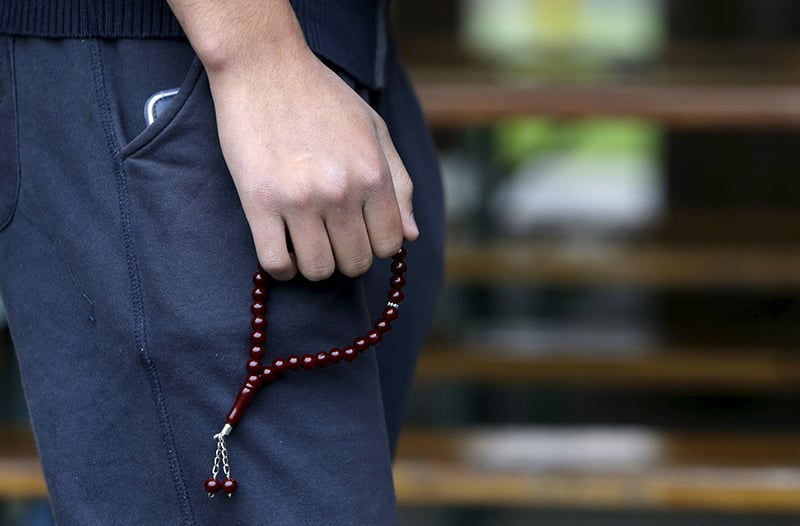 A Syrian migrant, who said he was pressured by Austria to leave the country for Slovakia, holds prayer beads in front of a building acting as a temporary refugee camp in Gabcikovo, Slovakia, on October 8, 2015. Photo courtesy of REUTERS/David W Cerny *Editors: This photo may only be republished with RNS-REFUGEES-RELIGION, originally transmitted on Nov. 18, 2015.
November 18, 2015
Rosie Scammell

A Syrian migrant, who said he was pressured by Austria to leave the country for Slovakia, holds prayer beads in front of a building acting as a temporary refugee camp in Gabcikovo, Slovakia, on Oct. 8, 2015. Photo courtesy of REUTERS/David W Cerny
*Editors: This photo may only be republished with RNS-REFUGEES-RELIGION, originally transmitted on Nov. 18, 2015.

ROME (RNS) Some anti-immigrant and conservative leaders in both Europe and the U.S. say refugees arriving from Syria should be considered potential terrorists, and some suggest that requests for asylum should be vetted on the basis of religion.

Their reasoning has centered on a Syrian passport found close to the unidentified body of one of the assailants in the attacks Friday (Nov. 13) in Paris. Responsibility for the attacks was claimed by the Middle Eastern militant group known as ISIS.

While the passport -- whose details were reported to be those of a dead person -- may not be genuine, the slaughter of 129 people and injuring of hundreds has intensified the debate in Europe about whether Syrian refugees pose a threat. The debate has spilled across the Atlantic.

In the U.S., several Republican presidential candidates have opposed welcoming Muslim refugees from Syria and have been cheered by conservative activists for doing so. And more than half the nation's governors -- most of them Republicans -- have said they oppose letting Syrians into their states.

In Europe, Polish Foreign Minister Witold Waszczykowski suggested taking male refugees arriving on Europe’s shores and forming an army that would be sent back to fight ISIS.

“Tens of thousands of young men disembark from their rubber dinghies with iPad in hand and instead of asking for drink or food, they ask where they can charge their cellphones,” he said, according to the Agence France-Presse.

Slovakian Prime Minister Robert Fico told reporters that Muslims in his country are being monitored as a potential threat.

"With the exception of Norway's (Anders Behring) Breivik mass shooting, virtually every time there has been a terrorist attack, representatives of the Muslims were responsible. Therefore, if we have these people staying in Slovakia legally, it's our duty to verify whether they have contacts with problematic persons," he said. 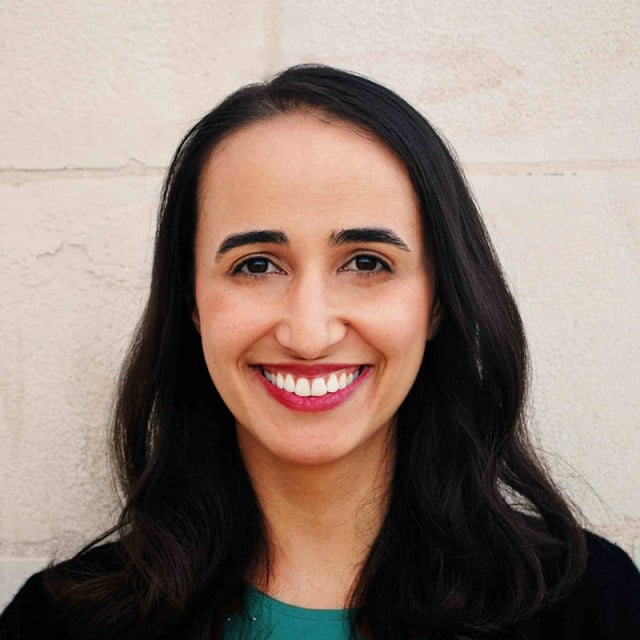 Kat Eghdamian is a doctoral candidate at University College London who researches religion in humanitarianism. Photo courtesy of Kat Eghdamian

While President Obama and other world leaders discussed the refugee crisis and the Paris killings at the G-20 summit in Turkey, experts on religion and humanitarianism held their own meeting at a G20 Interfaith Summit in Istanbul.

Kat Eghdamian, a researcher at the University College London, criticized the anti-refugee statements by political leaders.

“This has a very anti-Muslim, xenophobic aspect to it,” she said. “They’ve started to polarize the debate between refugees who are ‘deserving’ and those who are ‘not deserving.'”

While the majority of over 820,000 people who have arrived in Europe by sea so far this year come from Muslim countries, Eghdamian pointed out that those seeking refuge are fleeing the same dangers no matter their religion.

And while some politicians have argued against accepting Muslim refugees because the politicians' countries do not have established Muslim communities, Eghdamian said it’s still discrimination and “clearly just a political move.”

Religion may be a factor in an asylum application, if the individual is part of a persecuted religious minority. 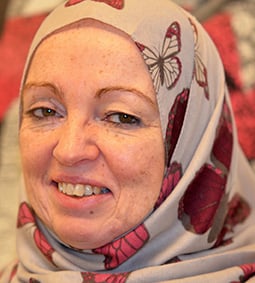 But Lena Larson, executive director of the Oslo Coalition on Freedom of Religion or Belief, said religion should not be used to deny refugee status.

“If your life is in danger it doesn’t matter which religious belonging you have,” she said.

Larson acknowledged that moving to a secular country would prove challenging for people from religious countries.

“When Muslims are coming from a Muslim-majority country to become a minority, that is also a challenge for the Muslims themselves. There are also Christians and (people from) other religious backgrounds; they are coming from backgrounds where religion is more visible,” she said.

Despite the debate, diverse faith groups have provided fundamental support to refugees and have functioned as more trustworthy and effective support services than those run by governments, Eghdamian said.

“These offer an alternative framework to show how religion can play a positive and constructive role in the refugee crisis, rather than fueling this dominant discourse of religion’s negative and destructive role,” she said.

Related Posts
By Caitlin Yoshiko Kandil
'I have to find the Mecca of my heart': Muslims grieve as hajj is drastically limited
By Alejandra Molina
Four young people of different faiths move into a home together, then a pandemic happens
By Hind Makki
Coronavirus restrictions on mosques bring women to the fore
By Ruth Nasrullah
Ramadan in the quiet spaces
By Aysha Khan
Ismaili TV-streaming platform launches in response to pandemic