This graphic is not offered for republication.
November 20, 2015
Tobin Grant 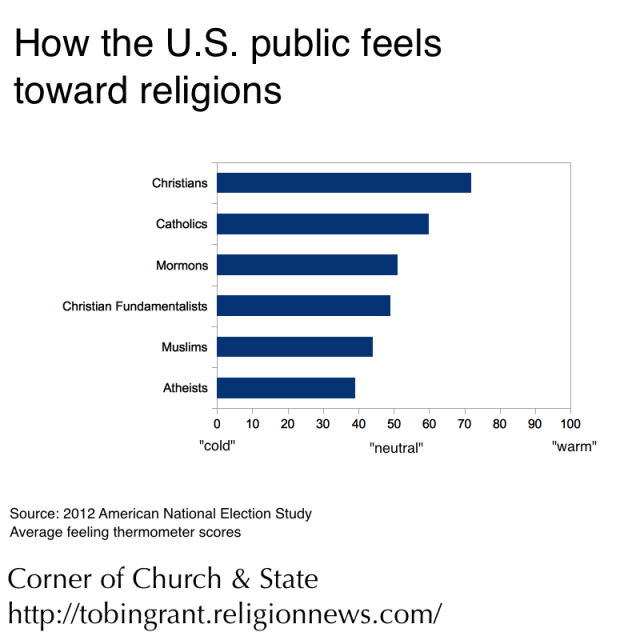 How do Americans feel toward Muslims? It isn't pretty. Compared to other religions, Muslims are disliked and seen as being more violent and less patriotic than other religions. And this was before the recent debates over terrorism and refugees.

The American National Election study included three sets of questions on views toward religious groups. In the first set, respondents were asked to say how "warm" they felt toward different groups on a zero ("cold") to hundred ("warm") scale. The public felt warmly toward Christians (in general) and Catholics. Mormons and Christian fundamentalists scored in the middle. But at the "colder" end were atheists and Muslims. 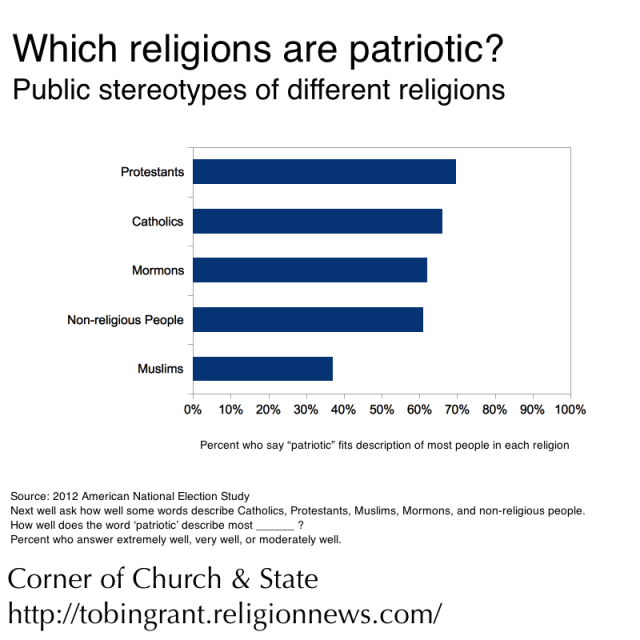 While atheists may be disliked, they don't stand out as being unpatriotic. Muslims, however, are viewed as significantly less patriotic than other religious groups. Less than 40 percent of Americans said that "patriotic" is a word that describes most Muslims. This is roughly half the percentage for other religious groups. Bottom-line: Americans, on average, have a view of Muslims that is starkly different than their opinion of other religions. Americans view most Muslims as far more violent and far less patriotic than other religions.