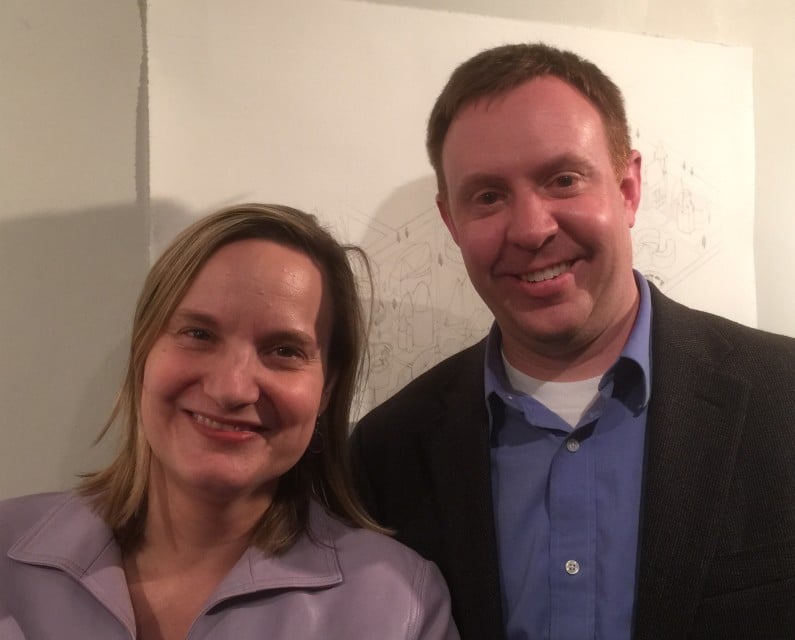 I’m in Provo this week for meetings, and to my delight my visit coincided with a book signing last night with Patrick Mason, chair of the Mormon Studies program at the Claremont Graduate University in California.

It was a packed house at Writ & Vision bookstore in Provo, with a super-engaged audience and loads of questions. (Tracy McKay-Lamb and Emily Jensen of By Common Consent were also speaking, and I hope to cover that in a future post.)

From the questions, there was clearly some pain in the audience members’ stories. Some are struggling to feel comfortable in the Church.

Patrick’s got another book signing today at noon in Deseret Book’s flagship Salt Lake City store (in City Creek Mall). But if you can’t make it there to meet him, here’s a taste of his new book, Planted: Belief and Belonging in an Age of Doubt. It promises to provide Mormons who have “encountered challenging aspects of Church history, belief, and practice” with tools to stay “planted” in the gospel, and invites the church to become more embracing of the diversity of faith experiences that already exists within it. I’m all ears.

RNS: Why this book, and why now?

Patrick Mason: It came out of lectures and firesides and other things I’ve been doing over the last three years. Richard and Claudia Bushman and Terryl and Fiona Givens have been doing this in teams, and I was on “Team Bushman.” And at each one there would be a Q&A session, where I was struck by a couple of things.

One, the real pain that many people were feeling, either because they were struggling with their faith, or someone they loved was struggling. So that was palpable.

And the second thing was that over and over, people were just grateful to have a place to talk about these things, to ask their questions, express their concerns, and to have—not a venting session, necessarily, but a sympathetic ear. Someone to listen, and say it was okay to have those concerns. Several people asked me when a book would be coming out when I had no plan of writing such a book, but it got me thinking it would be a good idea. 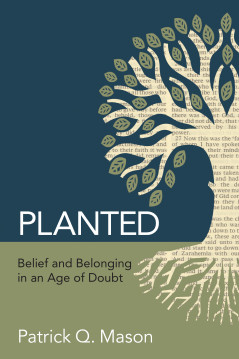 RNS: In the book are you trying to answer people’s hard questions and doubts?

Mason: No. I wanted to specifically avoid the model of people asking questions and then an “expert” giving some supposedly definitive answer to those questions. What I wanted instead was to model the kinds of conversations we were having in these sessions with the Bushmans, but not the kind of conversations I was hearing at church or online.

RNS: Is that because online conversations often devolve into people shouting at each other?

Mason: What I see, especially when it comes to these issues of faith and doubt and church history, is that people who have set up camp in different places are talking at or past one another rather than with one another. So I wanted to think about some ways we could, as a collective, as the body of Christ, think together through some hard things.

I do address in the book a lot of the top questions that people face, and do so frankly. But rather than telling people what to think, it’s more like, “Here’s a different approach. We need to take the pain and doubt very seriously.”

RNS: What’s an example of what that would look like with a major issue?

Mason: I should say as an aside that my platforms for talking about a lot of these difficult issues were the Gospel Topics essays that the church has produced. These gave me a license to talk about hard topics in a safe way in a church setting. So one of the chapters deals with Joseph Smith and seer stones, his involvement in treasure seeking and money digging.

I think what’s happened is that the Church from very early on got trapped into a model that was first presented by Eber Howe in Mormonism Unvailed [1834], which tried to link the character of Joseph Smith to whether he was a prophet of God. Of course Howe had a negative take on that, but the Church kind of took the bait and began overcompensating in the sense of either denying facts about Smith’s life or explaining away things that even he himself didn’t explain away.

So essentially for a long time Mormons have been using the same playbook that Howe wrote. I use the seer stone story to think about God calling human prophets, of working through available means within a culture, and reflecting seriously on the idea of God working through the weak things of the world. 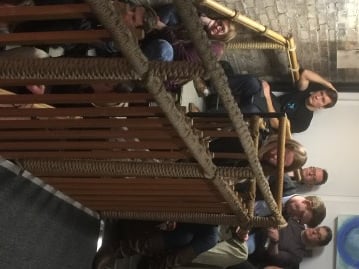 It was a packed house last night at Writ & Vision bookstore.

RNS: What are some of the other most common questions or issues people have about the Church?

Mason: Mostly it’s the ones that are covered by the Gospel Topics essays. Race and the priesthood/temple ban is a major one. There’s a whole chapter on prophetic fallibility.

Another example in the following chapter is the Mountain Meadows Massacre. That becomes the main way for me to talk about focusing our narrative on Christ. Rather than the cover-up and the longtime narrative, which sought to protect the interests of the church and the pioneers, we could instead tell a story that focuses on sin and redemption in Christ. If our stories don’t begin and end with the redemption of Christ, then they’re not very good stories. Nobody will defend what happened on that day, but with the story the church told—first blaming it on the Indians, then John D. Lee, then a century later marginalizing Juanita Brooks for even telling the story—there was no central focus on accountability. Those basic principles of accountability that the church does such a wonderful job of teaching at an individual level it failed to put into practice for a long time concerning Mountain Meadows. With President Hinckley, the church began to go through the process of accountability and expressing regret for what happened.

RNS: What’s been the response so far to the book?

Mason: It’s not even been out a month yet, but I’ve gotten a lot of really nice notes and exchanged email messages or tweets and have talked in person with people who have said it helps. It offers an honest voice. They feel that it’s truly empathetic toward the kind of questions they have.

The book isn’t just for doubters. It’s equally as much for people who have both feet in the church and don’t have those doubts, but who can minister to those who are struggling. It’s trying to create paths for understanding in both directions.