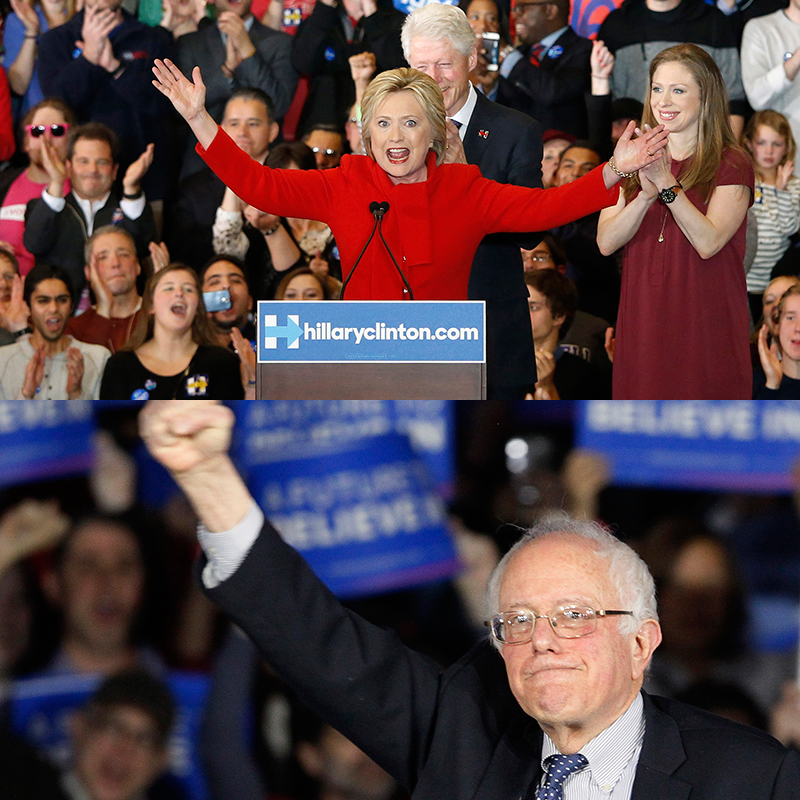 (RNS) The candidates who survived New Hampshire (say goodbye to Carly Fiorna and Gov. Chris Christie) are heading into the latest round of debates with their eyes firmly focused on the upcoming South Carolina and Nevada primaries.

Sen.Ted Cruz and Marco Rubio may revive the callout to the faithful that worked well for them in Iowa with an eye to South Carolina's high percentage of evangelical Christians.

But even candidates who haven't made religion a focal point of their campaigns -- former secretary of state Hillary Clinton, and GOP front-runner Donald Trump -- still worked some appeal to God and spiritual impulses in their speeches on Tuesday (Feb. 9) in the Granite State.

.@realDonaldTrump on #NHPrimary win:
“I am going to be the greatest jobs president that God ever created -- remember that.”

.@HillaryClinton #NHPrimary: Faith, family taught me credo: "Do all the good you can in all the ways you can for all the people you can.”

Sen. Bernie Sanders, an irreligious Jew with spiritual impulses, left out God but still make a moral plea in his N.H.victory speech:

.@BernieSanders: “We have a moral responsibility” to work with countries to move away from fossil fuels to sustainable energy. #NHPrimary

So what do the front-runners believe? The RNS series 5 Faith Facts offers the religious background for the leading candidates for each party's nomination for the 2016 presidential election. Find them here, in alphabetical order.

Sen. Rand Paul: Five faith facts about Rand Paul: ‘My faith has never been easy for me’