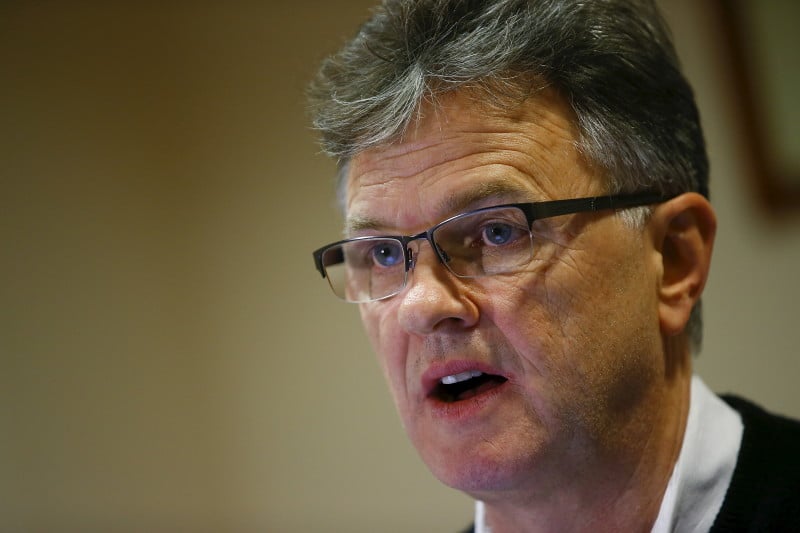 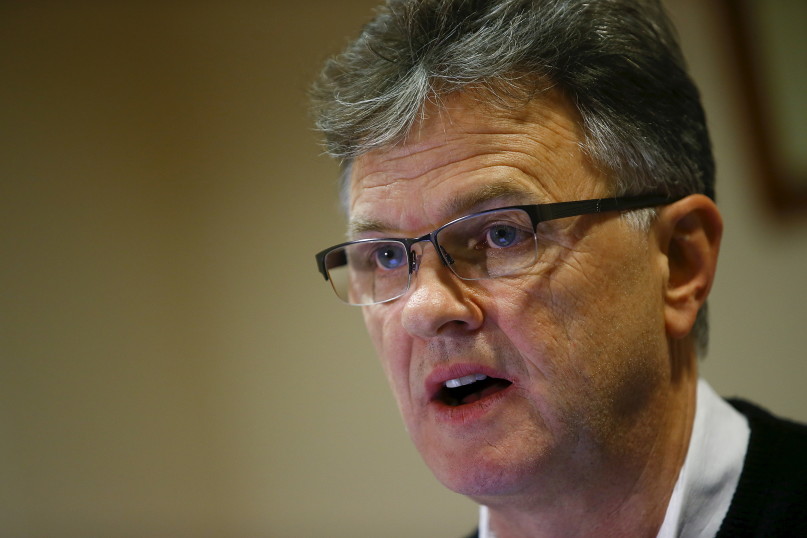 ROME (RNS) One of the two victims of clerical sexual abuse serving on a Vatican commission set up by Pope Francis has apparently been sidelined.

The Holy See on Saturday (Feb. 6) said Peter Saunders, a British Catholic who was abused by Jesuit priests as teenager, is taking a “leave of absence” from the Pontifical Commission for the Protection of Minors.

Its head, Boston Cardinal Sean O’Malley, said Saunders had been asked to consider establishing a victim survivor panel to work with the advisory body.

Saunders disputes that he is on leave, and takes issue with the Vatican’s view of his service on the commission. At a press conference in Rome, he said he wanted to reflect on his role on the 17-member panel.

“I have not left and I will not leave my position on the commission,” he said. “I was appointed by His Holiness Pope Francis and I will only talk to him about my position.”

Saunders, founder of the National Association for People Abused in Childhood in Britain, is one of two victims to sit on the advisory body, set up by the pontiff in 2014. The other is Marie Collins, who was raped by a priest as a girl in Ireland.

Saunders said there was a vote of no-confidence in him backed by all but one member of the commission present at the seven-day meeting, which ends Monday (Feb. 8). He said they were unhappy with his outspokenness on pedophilia in the church.

“A number of members of the commission expressed their concern that I don't tow the line when it comes to keeping my mouth shut,” Saunders said. “I made clear I would never be part of something that was a public relations exercise.”

One panel member said Saunders had a different understanding of its purpose, arguing that it should set up policies to protect children rather than advocate for individual cases. "We are deeply dedicated to the protection of children,” the member told RNS, speaking on the condition of anonymity. “It's not a public relations exercise.”

It is unclear whether Saunders will show up at Sunday’s meeting. He had invited Juan Carlos Cruz, a Chilean sex abuse victim, to discuss his case with the panel.

Cruz was abused by convicted pedophile Fernando Karadima, a mentor of Bishop Juan Barros of Osorno in Chile, appointed by Francis last year. Barros has denied allegations that he covered up abuse by Karadima and rejected calls for his resignation.

Speaking alongside Saunders, Cruz called the commission a “disgrace.”

“They're trying to say that child abuse is behind us and now it's recovery time. It's in no way the case,” he said, describing the church in the southern hemisphere as “a playground for pedophiles.”

Cruz said he was hoping to deliver letters from clergy and others in Chile to the pope, urging him to remove Barros from his position.