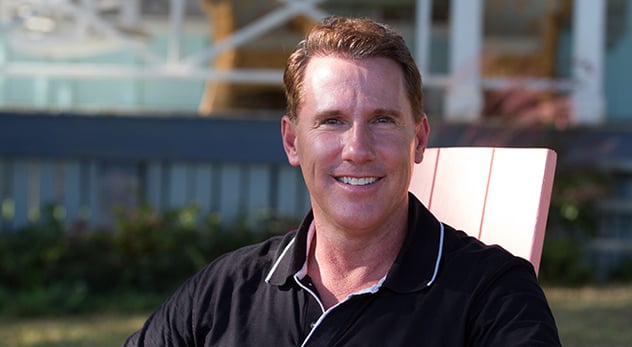 Nicholas Sparks says his faith influences his life, work, and even his 11th feature film, “The Choice.” – Image courtesy of Nicholas Sparks

“The Choice” is the 11th feature film inspired by a Nicholas Sparks book, and those familiar with the previous ten may find its plot predictable. Set on the North Carolina coastline, the movie draws you into an unrelenting love affair between a Southern belle and a working class man before tragedy threatens to capsize their relationship.

Will their love survive? I bet you can guess.

But what might surprise fans is that Sparks, once named “Sexiest Author Alive” by People, is a man of deep faith in God. Born into a devout Roman Catholic family in Omaha, Nebraska in 1965, he has held onto the religion of his childhood for more than half a century. He prays regularly, speaks fondly of the Pope, and compares his relationship with God to something he knows much about: a love affair. As such, it has been tested by its own tragedies and challenges, but in trademark Sparks-style, it has persevered.

“I was raised in a family that went to church every Sunday so religion was accepted very early on because kids tends to believe their parents when they tell them things,” says Sparks. “But then, of course, that gives way in your teenage years to some questioning about the real meaning of faith in one’s life.”

He began to explore life’s complexities and faith’s paradoxes. For example, he noticed that people who prayed didn’t receive unending blessings and those who didn’t weren’t always deprived. These conundrums led to a period of adolescent wrestling but ultimately did not rob Sparks of his convictions. Instead, it taught him that faith requires choosing to believe despite one’s doubts.

Sparks says that the biggest tests to his faith came in a series of tragedies spanning more than a decade. The first occurred when his mother died in 1989. Sparks was only 23-years-old and had gotten married just six weeks prior. Then in 1996, one week before the release of his popular tearjerker, “The Notebook,” his father passed away. Finally, Sparks’ older sister died of cancer in 2000 at the age of 33 following the birth of his third son. The losses plunged Sparks and his remaining older brother into a crisis of faith.

“During those periods, I became very strong in my faith and then I began to wane a little bit. My brother became less faithful for a time and now has come back. And that’s what I think faith is. It waxes and wanes with the vicissitudes of life,” he says. “And I think God is okay with that because what I think God wants is for us to choose to love him and love our neighbors.”

The ups and downs of Sparks’ life has even changed his prayers, which he says is “more often than not like speaking to God as my best friend.” This involves expressing gratitude as well as some mixture of questioning, complaining, and even arguing with God.

“Who else could you talk to like that in your life and have them forgive you so wonderfully?” Sparks says. “[My relationship with God] is a profound love and a friendship. And it’s one that means a lot to me.” 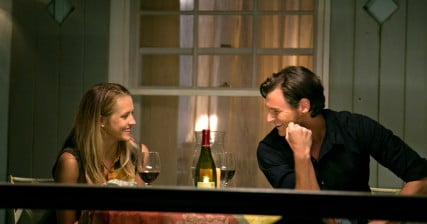 While Sparks doesn’t wear his religion on his sleeve, it influences his life and work. His books never denigrate religion or depict dicey moral matters like adultery, and many of his characters attend church. The lead male character in his book “The Wedding” is a Christian who credits his wife with his conversion. The lead female character in “A Walk to Remember” is the daughter of a Baptist preacher who commits not to have premarital sex with her boyfriend. And as he told Christianity Today in 2004, his smash hit “The Notebook” is “a metaphor of God’s love for us all. The theme is everlasting, unconditional love.”

Beneath the syrupy storyline of “The Choice,” Sparks has also tucked a subtle religious subplot about faith’s ability to persevere, and even grow, amid life’s difficulties. An early scene depicts the lead characters, Travis and Gabby, sitting on a moonlit porch when Gabby comments how the night sky reminds her that there is something else out there. Travis confesses that he doesn’t believe in God, but rather in love.

“Your friends, your family, yourself,” Travis says. “That’s all you can count on in this world, and that’s what I believe.”

The couple chooses to accept each other despite their faith differences. Their budding relationship becomes a tale of a believer who can’t shake her belief in the “something else out there” and a skeptic who takes a journey toward faith in his own way.

Sparks says, “That wonderful scene on the porch illustrates to me one of the truths about faith: That faith is not only a destination, but it is also a journey.”

This kind of journey keeps making its way into the pages of Sparks’ bestselling books, and it’s one the romance king has made a choice to keep walking himself.