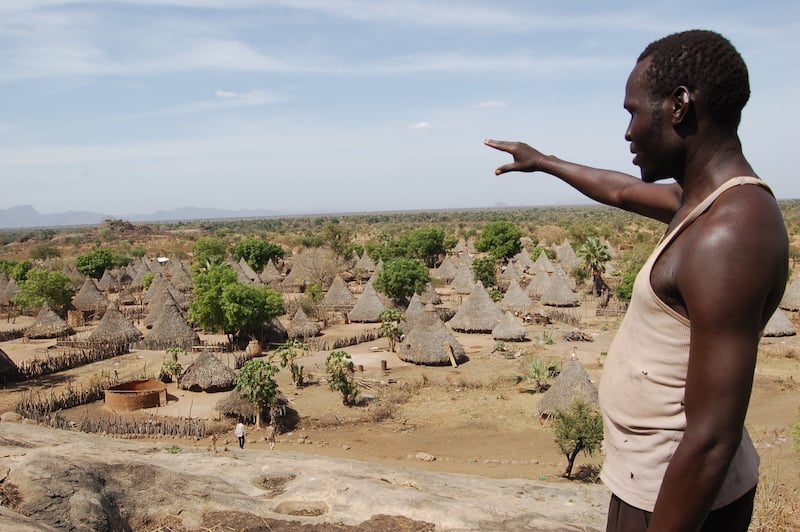 A man points at a village in rural South Sudan before the civil war. Most of the villages have been destroyed in the war. RNS photo courtesy Fredrick Nzwili
March 11, 2016
Fredrick Nzwili

A man points at a village in rural South Sudan before the civil war. Most of the villages have been destroyed in the war. RNS photo courtesy Fredrick Nzwili

(RNS) Churches and mosques have been centers of "searing" human rights abuses in South Sudan, where a civil war has been raging since 2013, according to a United Nations report.

President Salva Kiir’s government forces have been fighting with rebels led by his former deputy Riek Machar. The two sides have committed terrible atrocities, according to the report published Thursday (March 10).

It also provides details of 1,300 women being raped from April to September 2015, apparently to humiliate the opposite side.

“Many civilians have been attacked and killed in their homes, as well as in places of shelter, including churches, mosques, hospitals and in the United Nations bases,” said Jordanian Zeid Raad al-Hussein, the U.N. human rights chief.

About 60 cattle herders suffocated to death while being detained in a container at an abandoned Catholic church compound in the town of Leer in October.

Thousands have been killed in the conflict, with 1.5 million being displaced, but the conflict still does not attract international attention, according to al-Hussein.

South Sudan is the world's newest country. It declared independence from Sudan in 2011.