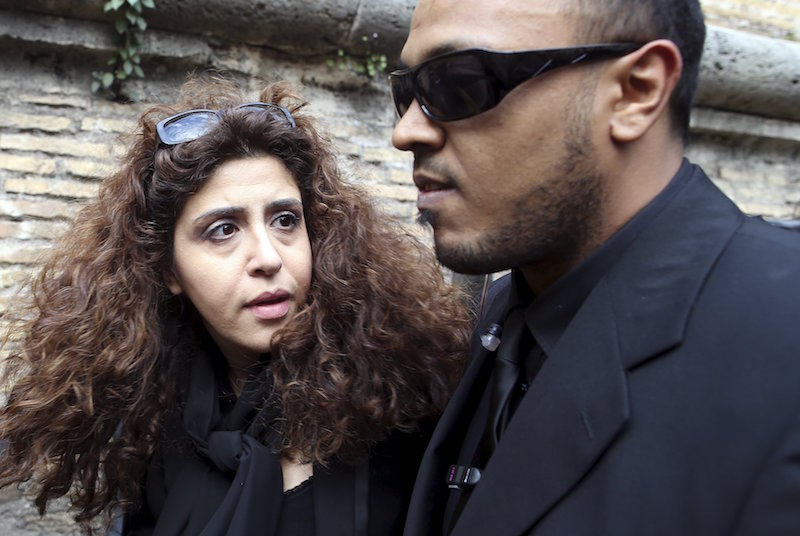 Italian laywoman Francesca Chaouqui arrives at the Vatican for her trial March 14, 2016. Chaouqui is one of five people on trial for leaking confidential documents, which led to the publication last year of two books. Photo courtesy REUTERS/Alessandro Bianchi

VATICAN CITY (RNS) A Spanish priest has confessed to leaking secret Vatican information to journalists, telling a Holy See court he felt trapped and in danger, especially from an Italian co-worker he had fallen for.

“Yes, I passed documents,” said Vallejo, who was appointed to a commission tasked with advising the pope on reforming the Vatican administration. “I did it spontaneously, probably not fully lucid,” the Associated Press reported.

Included in the information he gave to Nuzzi was a five-page document containing 87 passwords which gave the reporter access to the committee’s work.

The Spanish priest said he handed over information because he felt scared and in a situation he couldn’t get out of.

During the three-hour testimony, he spoke critically of one of the other five defendants in the unprecedented trial, Francesca Chaouqui, an Italian PR consultant he said he was attracted to. Vallejo said Chaouqui introduced him to both journalists.

Vallejo’s lawyer said Chaouqui had a “seductive personality.” But Vallejo said he grew increasingly fearful of her and her husband, and said the couple began sending him increasingly threatening text messages.

Chaouqui, a fellow committee member, allegedly told the priest she was the “number two” of the Italian secret services. Vallejo said she was angry at not being given a Vatican post after the conclusion of the committee’s work in 2015, and told him “the mafia” was the only way to get help.

Chaouqui, who is pregnant, was in court on Monday and repeatedly got up from her seat during the priest’s testimony. Nuzzi was absent but will be given the opportunity to testify if he appears at a later court date, the Vatican said.

The priest testified that he believed he was being watched and that his e-mail account had already been breached when he gave information to Nuzzi and Fittipaldi, who are facing charges along with Vallejo’s assistant, Nicola Maio.

The priest said some of the documents which appeared in Nuzzi’ book, “Merchants in the Temple,” appeared to be earlier versions of those he handed over, suggesting the journalist had another source.

Prosecutors said the three Vatican officials formed “an organized criminal association” with the aim of “divulging information and documents concerning the fundamental interests of the Holy See and the State.”

The Vatican has been sharply criticized by press freedom advocates for putting the journalist on trial.

Vallejo’s testimony will continue on Tuesday and he will meanwhile remain in a Holy See jail, where he was moved after breaking the terms of his bail, the Vatican said.