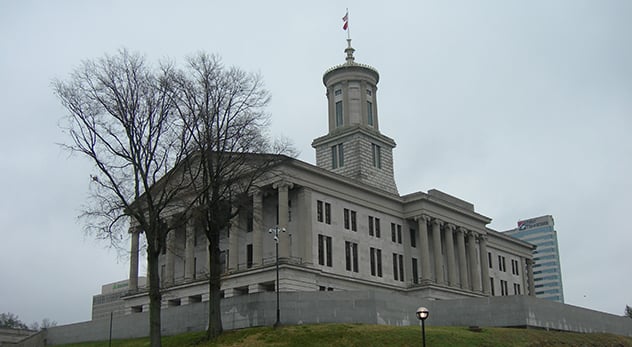 A Tennessee bill would allow mental health providers to refuse to treat patients based on their religious convictions. But Christian counselors say the bill is discriminatory and unnecessary. – Image courtesy of Jimmy Emerson (http://bit.ly/1SOgYtB)

Tennessee legislators passed a bill on Monday stating that counselors are exempt from providing mental health services to patients if they feel it would violate their “sincerely held principles.” Supporters of House Bill 1840 claim that the bill is necessary to protect counselors’ religious liberty. But opponents have dubbed the law “Hate Bill 1840” and claim it legalizes discrimination against LGBT persons. Tennessee Governor Bill Haslam has 10 days, excluding Sundays, to sign or veto the bill.

This bill arrives in the wake of several other controversial state-level bills across the South. The bill has been supported by the Family Action Council of Tennessee (FACT), an arm of the Family Research Council, and the Alliance Defending Freedom. FACT president David Fowler previously decried the American Psychiatry Association’s decision to remove homosexuality from its list of mental disorders.

But while HB 1840 enjoys majority support from both Republican-controlled houses of Congress in Tennessee, there is significant opposition from the very group the bill claims to protect. Several Christian counseling networks and pastoral counselors in Tennessee claim such protections are unnecessary and do, in fact, open the door to discrimination of LGBT patients.

Chris O’Rear is president of the Tennessee Association of Pastoral Therapists (TAPT) and director of Insight Counseling Centers in Nashville, an ecumenical collaborative that employs 17 counselors. While TAPT takes no official position on HB1840, O’Rear says he is not personally supportive of the bill and thinks most of the counselors in his network wouldn’t be either. He notes that the bill could be particularly problematic for those living in rural areas with limited mental health services.

“Our code of ethics says if we feel we can’t objectively counsel a person for any reason, then we should refer them to someone else,” says O’Rear, who is also an ordained Baptist. “But sometimes a client doesn’t have a choice because perhaps they don’t have many options where they live. I don’t think these people should be turned away in that case.”

O’Rear is a member of American Association of Pastoral Counselors (AAPC), a network with more than 1500 members nationwide that represent more than a dozen Christian denominations. Douglas Ronsheim, a Presbyterian minister and executive director of the AAPC, says HB 1840 violates his organization’s code of ethics and “we would not support the bill in any way.”

The AAPC code of ethics states, “We are committed… To avoid discriminating against or refusing employment, educational opportunity or professional assistance to anyone on the basis of race, ethnicity, gender identity, sexual orientation, religion, health status, age, disabilities or national origin; provided that nothing herein shall limit a member or center from utilizing religious requirements or exercising a religious preference in employment decisions.”

Ronsheim says that legislators should recognize that the decision to seek a counselor should is not made overnight. Potential patients usually wrestle with theses decisions over a period time before they seek help. When they finally seek treatment, the response they receive from their counselor is critical.

“Our code of ethics does not eliminate anyone,” Horsman says. “If someone comes for counsel, our heart is to offer whatever kind of counsel we can whether we agree with them or not. We should still offer something. “

She adds that her faith factors into such situations: “As a Christian counselor, legislation has nothing to do with it. If a person with a fever comes to see a doctor, the doctor should try to help out, no matter who they are. Everybody needs to be loved, and as Christian counselors we have to find ways to love people.”

Evon Flesberg, a pastoral counselor in Brentwood, Tennessee and assistant professor of the practice of pastoral theology and pastoral counseling at Vanderbilt Divinity School, agrees with Horsman that faith is not incidental to these issues. Unlike supporters of HB1840, Flesberg says that Christian theology leads to serving everyone not sifting out patients according to whether they live according to the counselor’s moral standards.

“I find the idea that you would refuse someone based on who they experience themselves to be to be highly offensive,” she says. “I think discrimination against the LGBTQIA community that it does not consistent with the gospel of Jesus Christ who welcomed those who were marginalized.”

She says that counselors are free to hold any view about sexuality but calls discriminating against patients based on sexual orientation a “spiritually abusive practice.”

Christian counselors’ opposition to Tennessee’s bill is undoubtedly a blow to its supporters, but perhaps most damning is the seeming agreement among these religious therapists that the legislation is just unnecessary. Ronsheim, Horsman, Flesberg, and O’Rear possess half a century of counseling experience and are connected to extensive networks of mental health professionals across America. All four counselors say that they have never heard of any religious counselor who felt forced to conduct therapy in a way that violates their convictions or beliefs.

“I’m not supportive of the bill as it is, but I don’t understand the need for it either,” says O’Rear. “I don’t know what to degree this is actually a problem or whether certain people just want it to be a problem.”

A string of bills purporting to protect religious liberty have created controversy across the South with economic blowback from corporations who claim they discriminate against LGBT persons. The implementation of this bill would make Tennessee the only state in America in which mental health professionals could refuse to treat patients based on the counselor’s belief system. This combined with stiff opposition from religious counselors themselves should give Governor Haslam pause.