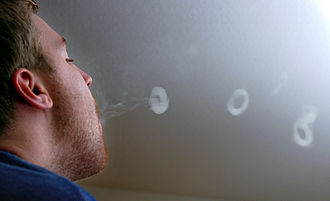 To judge from the statements of the religious non-profits, their lawyers, and their supporters, the supplementary briefs filed in Zubik v. Burwell two days ago represent a great victory over the Affordable Care Act’s contraception mandate. But they’re blowing smoke. In fact, they’ve surrendered on the crucial issue.

That issue is whether it violates the non-profits’ religious liberty for the government to compel their insurance companies to provide free coverage for contraceptive services mandated by the ACA. If the Supreme Court were to find that it does, then the government would effectively be precluded from ensuring that the non-profits’ female employees receive the coverage.

In January, the non-profits told the court that such was the case: “Petitioners object to hiring or maintaining a relationship with any insurance company that is authorized, obligated, or incentivized to deliver the objectionable coverage to Petitioners’ own employees or students in connection with Petitioners’ own health plans, regardless of how that authority, obligation, or incentive is ‘triggered.'”

At the oral argument in March, this position was reiterated by the non-profits’ lawyers. Ways in which contraceptive coverage could be provided without the objectionable triggering were listed by attorney Paul Clement as “through the [ACA] Exchanges, through Title X, through an Aetna uber-policy where everybody gets their contraceptives.” Not, that is, via whichever insurance company the non-profit happens to have engaged.

What followed was the court’s request for supplementary briefs to answer two questions:

And what was the response of the non-profits’ in their supplementary brief? Here’s the critical paragraph.

In other words, so far as the non-profits are concerned, it’s now OK to require the insurance companies they contract with to cover the contraceptive services. Their January objection “to hiring or maintaining a relationship with any insurance company that is authorized, obligated or incentivized to deliver the objectionable coverage” is null and void.

Stanford law professor Michael McConnell, a former federal appeals judge who has been one of the non-profits’ staunchest supporters, blew the smoke this way: “In truth, the conflict is over whether the petitioners can be forced to file forms that the government deems to be authorizations to use their health plan as the infrastructure for the provision of contraceptive coverage. Now, the Court has asked a logical question: Why is it necessary for the petitioners to sign such a thing?”

Indeed, the court will have to decide precisely how petitioners (the non-profits) will give their notification. That question, the court’s second, remains to be answered. But on the crucial first question — whether the insurance companies can be required to provide the contraceptive coverage, the non-profits now concede that they can. That’s the surrender.

Update: Don’t believe me? Then believe these guys: http://slate.me/22Aw3UE.