WASHINGTON (RNS) The debate that began when students learned that Planned Parenthood President Cecile Richards would speak at the nation’s oldest Catholic university continued when she received a standing ovation at Georgetown’s Lohrfink Auditorium.

The media were not permitted inside, but students who heard her Wednesday (April 20) said she defended her organization’s stances and urged abortion opponents to respect those who think women should have choice in their reproductive decisions. 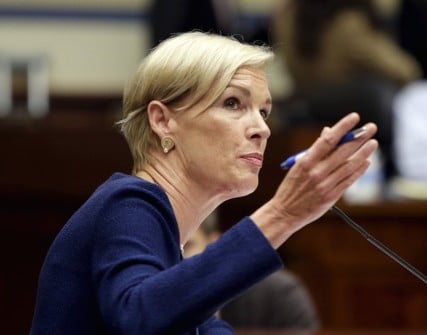 Planned Parenthood Federation President Cecile Richards testifies before the House Committee on Oversight and Government Reform on Capitol Hill in Washington on Sept. 29, 2015. Photo by Gary Cameron, courtesy of Reuters

“I think she did an incredible job understanding how people can have very different religious and political backgrounds but come together knowing that women should have the overall choice over their own bodies,” said Makaiah Mohler, a senior at the Jesuit school.

Protesters gathered outside the 400-seat auditorium where she spoke at the invitation of The Lecture Fund, a student-run organization, with signs urging that her organization be defunded.

Richards’ invitation was met by sharp criticism by some Catholics, including Washington Cardinal Donald Wuerl, who said it was not within the Catholic tradition for a university to provide a special platform to those voices that promote or support issues such as abortion. 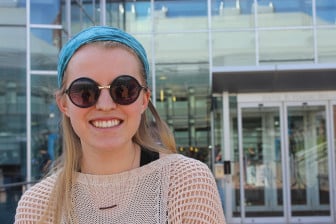 “I don’t think that today’s event represented a free exchange of ideas or a spirit of dialogue,” said Howard, an abortion opponent. “Instead, Cecile Richards was given a platform to spew her beliefs unchallenged.”

The Hoya, a Georgetown newspaper, tweeted some of Richards’ comments, including her statement that “the decision to have a child is the most personal…we believe this is not decision to be made by politicians.”

"The decision to have a child is the most personal…we believe this is not decision to be made by politicians." –@CecileRichards

A Georgetown statement said the university is committed to “the free exchange of ideas, even when those ideas may be difficult, controversial or objectionable to some.” It noted that Richards was not paid to speak.

Prior to her speech, students from Vita Saxa, an anti-abortion group marking Life Week at Georgetown, planted rows and rows of small blue and pink flags on a campus green. The group said the flags “represent the 3,562 lives lost in the U.S. to abortion each day.” 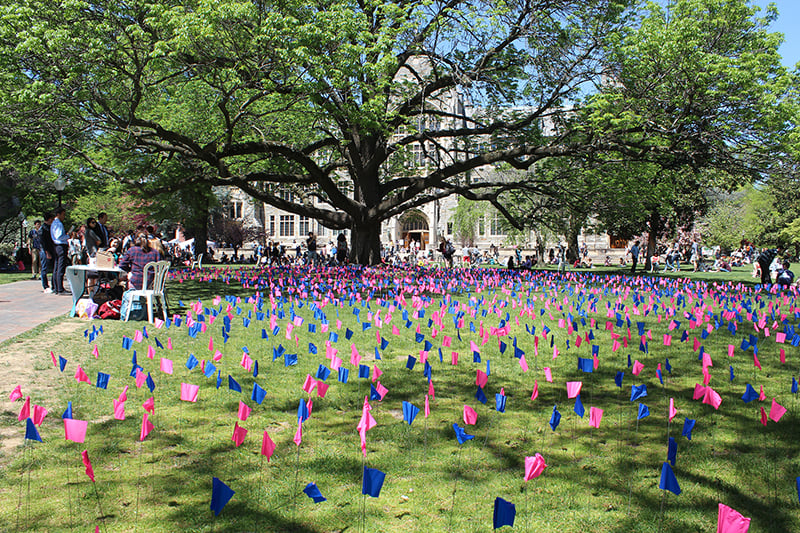 A display of flags on the lawn at Georgetown University in Washington, D.C., was placed there by an anti-abortion group. The group said the flags represent 3,562 lives lost to abortion in the U.S. each day. Religion News Service photo by Adelle M. Banks

“They’ve perpetuated this myth that ‘if we go away, so goes women’s health care,’” said Missy Stone, the student group’s national field director.

Representatives of Students for Life of America erected a “We Don’t Need Planned Parenthood” display outside the hall where Richards spoke. The display is part of a campaign touring college campuses in response to undercover videos that appear to show Planned Parenthood officials illegally negotiating to sell organs recovered from abortion.

“They’ve perpetuated this myth that ‘if we go away, so goes women’s health care,’” said Missy Stone, the student group’s national field director. “We’re saying no, there are 13,000 federally qualified health centers nationwide and there’s only 700 Planned Parenthood facilities.” 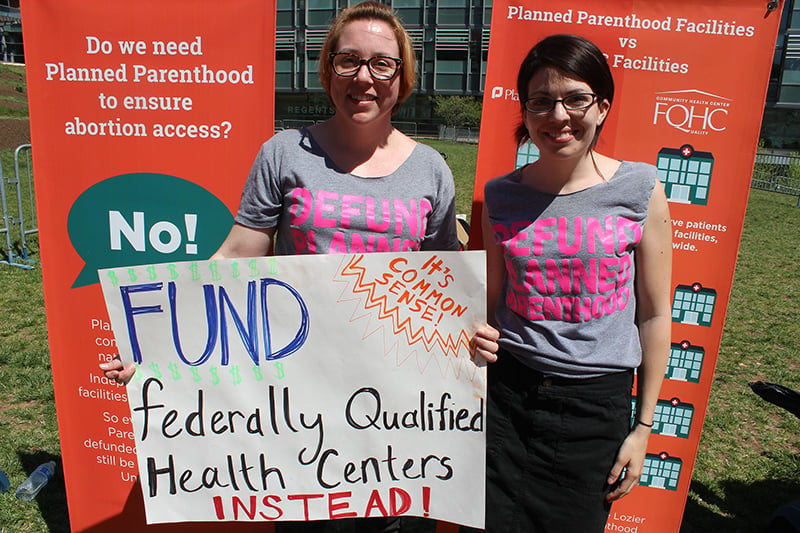 Tina Whittington, left, and Michele Hendrickson, right, represented Students for Life of America at a protest outside a speech of Planned Parenthood Federation of America President Cecile Richards at Georgetown University on April 20, 2016. RNS photo by Adelle M. Banks

Planned Parenthood officials have defended their procedures, and the only charges that have been brought in any state as a result of the videos have been against the undercover filmmakers.

Georgetown’s vice president for student affairs distributed an email to students about the Life Week’s events, organized by campus offices and student groups, saying they were “built around our Catholic commitment to a consistent ethic of life.” Events included a lecture scheduled for Wednesday night by former Planned Parenthood director Abby Johnson.