PARIS (RNS) On a sunny spring morning, an 18-year-old college student wrapped a scarf around her head to feel what it would be like to wear a veil.

“I felt stressed,” said Valentine Cannepyn, who comes from a Christian background and studies at Sciences Po, an elite Paris university. “I felt uncomfortable.”

A few miles north in the gritty suburb of Aubervilliers, a 29-year-old restaurant cook stood outside a state employment office, describing the challenges of finding work. “When they see the color of my skin, they ask if I want to wash dishes,” said Yacouba Cisse, a Muslim immigrant from Senegal.

Those are sentiments France’s leftist government wants to change, as part of a three-year, $115 million (100 million euro) bid to fight racism and discrimination.

Unveiled in the Paris suburb of Creteil last year, the site of a violent anti-Semitic attack in 2014, it includes an arsenal of proposals, from an Internet fight against hate speech, to launching school and citizen education drives.

In recent weeks, authorities have rolled out their first major communications weapons: a pair of hard-hitting messages against hate speech and discrimination in hiring.

“We cannot just sit and watch rising populism, extremism and radicalism in all its forms, to have this threat in the middle of our republic,” said Gilles Clavreul, head of DILCRA, a ministerial body overseeing the fight against racism and anti-Semitism.

To be sure, France is hardly the only European country grappling with intolerance. Far-right groups are gaining ground across Europe, feeding on the immigration crisis and rising fears of militant Islam. Still in March, the Council of Europe warned that hate speech in France has “become commonplace.” 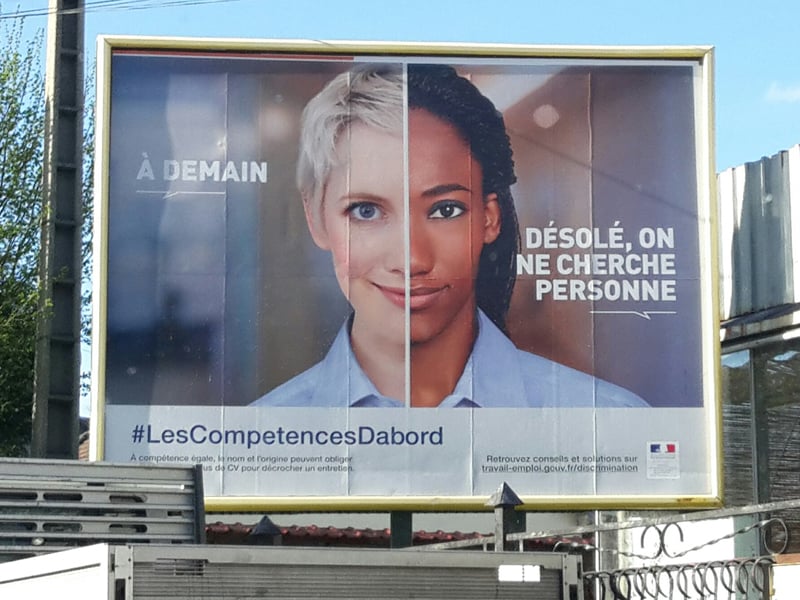 In interviews with a dozen anti-discrimination activists, experts and ordinary people, many applaud the campaign’s overall intent but give the communications campaigns mixed reviews. Some even suggested French authorities are part of the problem, pointing to the fractured political response to the Muslim veil as one example. (France bans the headscarf in public schools and public institutions, like hospitals or the government. It also bans the wearing of the niqab (the veil covering everything but the eyes).

France’s ban on gathering official data on race or ethnicity may also make it difficult to judge progress.

But most observers agree on one thing: More will be needed to bring about a more tolerant and egalitarian society.

“There’s a real political will, but it will take 20 years to achieve success,” said Christine Lazerges, president of CNCDH, a human rights advisory body, describing major changes needed in the educational system and in revitalizing France’s disenfranchised suburbs.

But bleaker statistics for 2015 are powering the campaign. Hate offenses jumped by more than one-fifth compared to the year before, according to government figures. Anti-Muslim acts and threats tripled last year. The numbers are modest — in the hundreds — but activists say many acts go unrecorded.

Other forms of discrimination are more subtle. A survey on French hiring by the Montaigne Institute, a Paris-based think tank, finds Christian men are four times more likely to get a callback from recruiters than Muslim ones. Jews also face discrimination, but to a lesser extent.

The French government has gone on the offensive. In March, it launched six, 30-second TV spots re-enacting “real life” racist and anti-Semitic acts: distraught Muslims finding a pig’s head stuck to the mosque gate; a black man getting beaten up; “death to Jews” scrawled on a synagogue door. The spots came after a similar publicity campaign by French anti-discrimination groups last year. 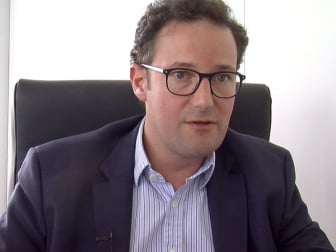 “We had to create a shock, to say ‘Hey, stop, we have to address these issues,’” said Clavreul of the DILCRA ministerial body, describing the publicity as a first, but crucial, step.

Still some rights activists have criticized the anti-hate spots as offering a narrow, overly violent take on discrimination.

“It can be even counterproductive, because we’ve worked for years to show that racism is subtle, and even those who are not racist can have humiliating, wounding words,” Lazerges says.

Roger Cukierman, who heads the Jewish umbrella group CRIF, dismisses the publicity as “not efficient” in stemming more than a decade of mounting anti-Semitism.

“It’s a matter of education; the work has to be done in schools and with parents,” he said. “Youngsters were not born anti-Semitic.”

The government took a different tack with its second national campaign, rolled out a few weeks later. Giant posters portray job seekers with their faces split in half — white and nonwhite — with the tag line “Skills First.” Next to the white side are messages like, “You start Monday.” On the nonwhite: “You don’t have the profile.”

“All this is excellent,” says Malatre-Lansac of the Montaigne Institute, “but the question is how will this action be followed up in the long term?”

Others find the posters unsettling, while in Aubervilliers, Senegalese cook Cisse gives them an overall thumbs down.

“It’s impossible to find equality in this country,” he said, describing the extra burden he faces as a job seeker who is both black and Muslim.

The state’s tough stance toward the Muslim headscarf has also fueled doubts — especially since veiled women are leading targets of Islamophobic acts.

“The number one culprit of Islamophobia is the state itself,” said Yasser Louati, spokesman for the Collective Against Islamophobia. “If there’s work to be done, it has to be done at the grass-roots level.” 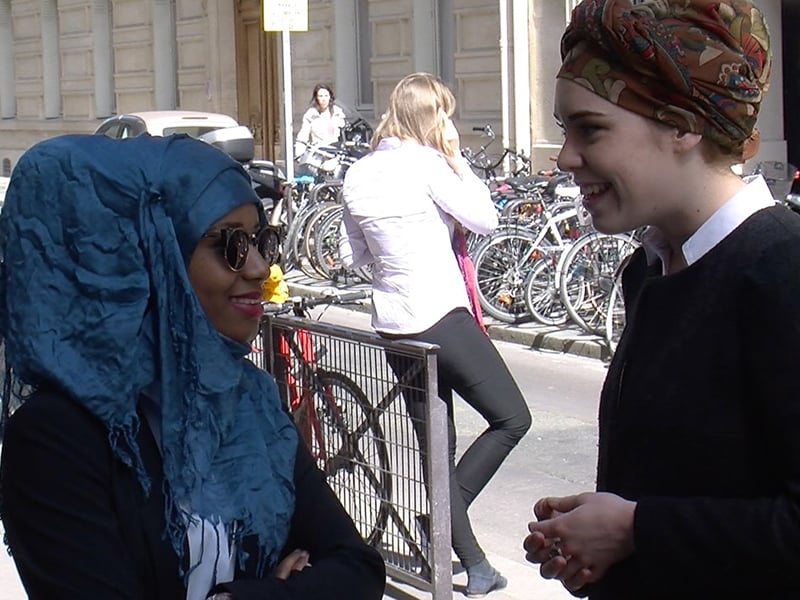 Cannepyn, a freshman, took a first step in that direction, participating in a recent “Hijab Day” rally at her university.

“I found people staring at me, like, my God, what is she doing?” she said.

The government hopes the campaign will spur French citizens to take action. DILCRA head Clavreul wants to harness a surge of volunteers for school education and job mentoring programs.

“We don’t have a one-sided strategy,” he said. “We are very pragmatic. We have to be holistic in our approach.”