(RNS) Two hundred years ago, the American Bible Society was founded to distribute Scriptures across the U.S. and the globe.

The society that opened its doors on May 11, 1816, moved last year from its prominent spot on Broadway in New York City to a building a block away from the Liberty Bell in Philadelphia, amid financial losses and criticism of the organization’s fundraising strategies.

Over the course of two centuries, the society has been led by a couple of the Founding Fathers and has developed innovative ways of getting the Bible into the hands of the military, disaster victims and people who speak the world’s languages.

Here are some examples of its influence:

1. Its founders wanted a bond between church and state. 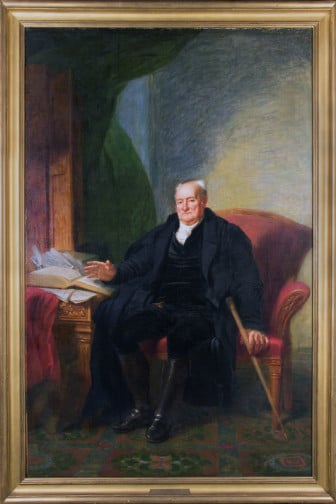 These statesmen were Federalists, the leaders currently highlighted in the popular Broadway play “Hamilton,” said John Fea, author of “The Bible Cause: A History of the American Bible Society.”

“The Federalists tended to be much more interested in creating a Christian republic or a Christian nation,” he said, “as opposed to their political rivals, followers of Thomas Jefferson, who tended to be a little more unorthodox in their religious beliefs.”

2. It has shared the Bible with U.S. military service members.

Its distribution of millions of Scriptures to American forces dates to the Mexican War of the 1840s, when Mexican civilians were also provided with Bibles. At one point two decades later, during the Civil War, ABS representatives were able to reach both sides simultaneously.

“Their Bible wagon, as it was called, was able to ride straight through the middle of that battlefield and give Scriptures to both North and South,” said Geof Morin, American Bible Society senior vice president.

More recently, the society has worked through chaplains who provide Bibles draped in the camouflage colors of the different military service branches. 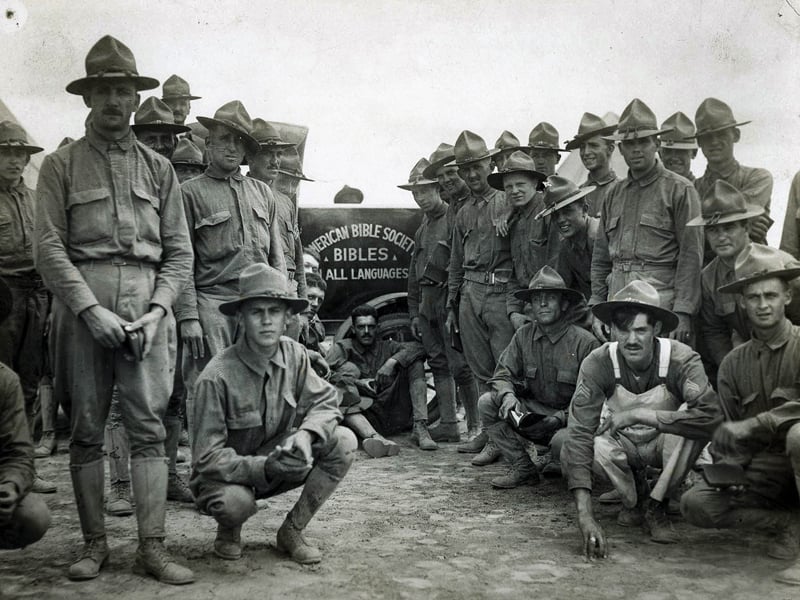 3. It pioneered efforts to make the Bible more accessible.

Decades before the time of audio Bibles, the ABS introduced the “finger-fono,” a miniature hand-held phonograph that played the Bible in languages such as English, Spanish and Navajo. Launched in 1957, one plastic machine sold for $2.70 and played six discs featuring short Scripture passages. The society also provided the first Bibles for the blind and pioneered, with the help of translator Eugene Nida, a book originally titled “Good News for Modern Man,” which provided the New Testament in accessible language rather than a strict word-for-word translation.

“It sold millions of copies within the first year,” said Fea of the 1960s New Testament that was created before “The Living Bible” and “The Message,” accessible Bibles that later became popular with Bible readers. “It passed ‘Dr. Spock’s Baby and Child Care’ as the best-selling paperback in American history.”

4. It has distributed Scripture in times of crisis.

From black churches that burned in arson attacks in the South in the 1990s to dust-covered first responders after the 9/11 attacks to victims of Hurricane Katrina, ABS has distributed millions of Scripture passages during special times of need.

In circumstances like these, when digital technology can be lost, Morin said the society resorts to the basics.

5. It still has plans for innovation.

At a bicentennial gala Thursday (May 12), Morin said ABS leaders will detail plans for their next goals: to provide some form of Scriptures to the speakers of the 1,800 remaining language groups who cannot read the Bible in their own tongue.

In recent years the society has become the administrator of the .Bible website domain and has begun experimenting with ways to make the Bible wearable and, one day, responsive to biometrics.

Working with innovators on where “big data meets the Bible” — knowing what verses people look to when they’re anxious and when they’re celebrating — he said the ABS wants to “make sure that we give the Scriptures a great place to engage people with the technologies they become comfortable with.”