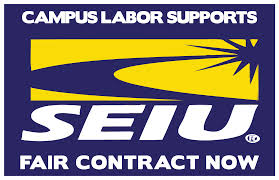 Say what you will about the the Little Sisters of the Poor, their resistance to the Affordable Care Act’s contraception mandate has nothing to do with saving money. The same can’t be said about the resistance of some Catholic colleges and universities to the efforts of their adjunct faculty to unionize.

As a rule, non-union adjunct faculty make poverty-level wages and receive no health care or other benefits. In recent years their numbers have burgeoned to half of all faculty in higher education. Paying them a living wage with benefits increases the cost of doing business for colleges and universities. Ergo, the resistance.

What makes whited sepulchers of the anti-union Catholic colleges and universities is their pious claim that what they’re really doing is defending religious freedom. Here, for example, is Loyola University of Chicago, which is fighting its adjunct union tooth and nail: “While we agree that employee unionization is both valuable and just, the issue at stake here is about the freedom of religious institutions from government interference with regard to their religious mission, especially with respect to employees who play a critical role in carrying out that mission.”

That’s like saying: “While we agree that sexual abuse of minors is bad, the issue at stake here is about the freedom of religious institutions from the interference of the criminal justice system because, you know, we have to make sure that the faithful aren’t scandalized by revelations with respect to the behavior of employees who are carrying out our religious mission, especially when they’re priests.”

As anyone who saw Spotlight knows, that’s pretty much the position adopted by the Catholic Church for many years. It didn’t work out so well.

The alleged perpetrator of government interference in the present case is the National Labor Relations Board, which two years ago set new criteria by which a religiously affiliated institution can obtain an exemption from its jurisdiction. Specifically, such an institution has to show that it provides “a religious educational environment” and, if so, that “it holds out the petitioned-for faculty members themselves as creating or maintaining the college or university’s religious educational environment, as demonstrated by its representations to current or potential students and faculty members and the community at large.”

It’s obvious that most of the adjunct faculty at most of the institutions in question do nothing to create or maintain the religious environment. They are hired to teach English, math, history, or whatever without regard to their religious beliefs or commitments. And as Gerald J. Beyer and Donald C. Carroll pointed out in the National Catholic Reporter last month, if religious liberty were really the concern of the colleges and universities, they could avoid NLRB interference simply by letting the adjuncts organize without opposition, and negotiating a contract with them.

Since Pope Leo XIII issued his encyclical Rerum novarum 125 years ago this month, the Catholic Church has stood foursquare in favor of unions. But what Loyola, Seattle University, et al. are doing isn’t merely at odds with Catholic social teaching. It also drags into disrepute the Church’s current campaign on behalf of religious liberty.

Significantly, the Bishops’ Ad Hoc Committee on Religious Liberty and the Becket Fund, which are leading the campaign, have declined to take up cudgels on behalf of the institutions fighting adjuncts’ unions. It’s also telling that, in a speech to the Chicago Federation of Labor last September, Archbishop Blaise Cupich allowed as how “not every claim of religious freedom is valid and the law has to protect the basic rights of all.”

Meanwhile, a number of Catholic colleges and universities are putting their money where their social teaching is. Leading the way is Georgetown University, which in 2005 adopted a Just Employment Policy that acknowledged the rights of employees to freely associate and organize. In October of 2014, after a collaborative two-year process with Local 500 of the Service Employees International Union (SEIU), its adjunct professors ratified a contract with the university.

Since then, SEIU contracts have been signed at Dominican University in California and St. Michael’s College in Vermont. On Monday, adjunct professors at St. Louis University joined their peers at 9 other Catholic schools in establishing a union with SEIU.

The unionization movement among adjuncts is still in its infancy, but it’s not going away. At this point, Catholic colleges and universities provide examples of both best practices and worst. 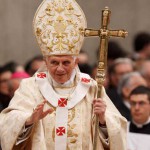 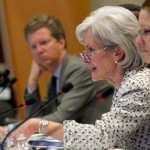