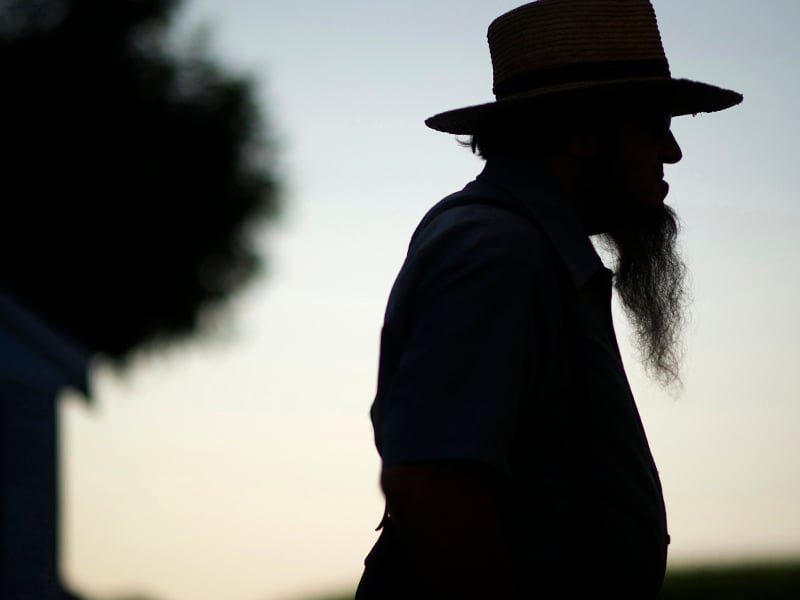 A silhouetted Amish man waits during his buggy tour in Lancaster County, Pa., on Aug. 9, 2014. Photo courtesy of REUTERS/Mark Makela
May 26, 2016
Kimberly Winston

(RNS) Will the bearded, the bonneted, the barn-building Amish vote for the clean-shaven, combed-over, casino-building Donald Trump?

A new political action committee is betting $41,000 they will.

Called Amish PAC, the new organization will target Amish voters in Pennsylvania and Ohio, Vice News reported earlier this month. The PAC is not affiliated with a single candidate but has Republican roots.

"The purpose of Amish PAC's Plain Voter Project is to beat Hillary Clinton in 2016 by turning out a deeply conservative and often forgotten block of voters concentrated in two key swing states -- the Amish," its mission statement reads.

The Amish, an Anabaptist group with German roots who refer to themselves as "plain folk," eschew many forms of technology, so the PAC will reach them mainly through newspaper ads and billboards, spending about $20,000 on each.

Donald Kraybill, a professor of sociology and religious studies at Elizabethtown College and the author of several books on plain folk, told LancasterOnline he has never heard of any top-of-the-ticket candidate aiming for the Amish before.

The new PAC is the work of two long-time Republican activists, Ben Walters, who worked on Dr. Ben Carson's campaign, and Taylor Swindle, a former aide for Newt Gingrich and graduate of Liberty University.

Both men live in Washington, D.C. -- where Amish are rare -- but have hired a Lancaster, Pa., local who owns a barn-building business as director of outreach.

The PAC is betting the conservative Amish -- who number about 60,000 in Pennsylvania as well as in Ohio -- will vote Republican as they did in 2012.

But Kraybill said that goal may be a long shot with Trump heading the ticket.

“I think on the one hand they respect business leaders and they view him as a successful business leader," Kraybill told LancasterOnline. "On the other hand his personal style and his sense of hubris and vanity are completely antithetical to Amish values of humility and so on.”