Several years ago, John G. Turner published a remarkable biography of Brigham Young that received many accolades and became an academic bestseller.

Now Turner, who teaches American religious history at George Mason University in Virginia, has turned his attention to Mormon theology—specifically to Mormon beliefs about Jesus and how they have changed over time. — JKR

RNS: Why did you write The Mormon Jesus: A Biography?

Turner: I’ve been personally interested in Mormon theology and the entire “Are Mormons Christian?” debate. And that’s partly because of my evangelical background. I grew up with one foot in mainline Protestantism—Presbyterianism, for me—and one foot in evangelical subculture through Young Life and InterVarsity. And as soon as I started studying Mormonism, I immediately began hearing things from evangelical family and friends about how unChristian Mormonism is. At the same time, I quickly realized that Latter-day Saints place a rather enormous emphasis on Christ.

I was partly writing the book in response to Jan Shipps’ argument about Mormonism being a new religious tradition. I admire that book a lot, but I don’t think it’s the best way of understanding contemporary Mormonism. I find that over the last 200 years, Latter-day Saints have had many fascinating ideas and experiences of the Savior.

I think it makes by far the most sense to classify Mormonism as a distinct branch of Christianity rather than an entirely new thing unto itself.

RNS: Why is that?

Turner: The foremost reason is the overwhelming importance of Jesus Christ within both early and contemporary Mormonism.

There are all sorts of examples. In terms of early Mormonism, the Book of Mormon is about the divinity of Jesus Christ. Joseph Smith’s early revelations are the words of the Savior, essentially. Early Mormons thought Jesus was coming back tomorrow.

And in terms of contemporary Mormonism, the Savior is essentially everywhere—in artwork, General Conference talks, and increasingly in piety. 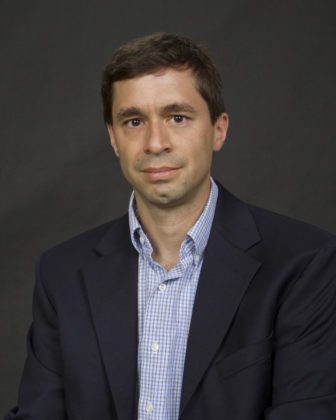 RNS: You track change over time in how Mormons have regarded Jesus Christ. Do you see these changes mostly within the last 30 years?

Turner: Over the last 50 years, really. These aren’t new things, but it’s an increasing emphasis: more artwork of Christ, more hymns about Christ, more General Conference talks about Christ. In terms of emphases, there is more of an emphasis now on grace, on an assurance of salvation because of Christ’s atonement. Both of those are important recent emphases.

In a broader sense, the Mormon Savior has become a Christ that other Christians would more readily recognize. There’s more of an emphasis on unity within the godhead than was the case in the mid-1800s. Certainly he’s no longer seen as the son of Adam. Some of the things that were introduced in the nineteenth century have gone by the wayside.

RNS: What about the view of Jesus as the God of the Old Testament? How did that arise?

Turner: It came from two things. First, Jehovah was an important part of the temple liturgy, so when Latter-day saints were sorting out who Jehovah, Elohim, and Michael were, and thinking about the Book of Abraham passage in which Christ goes down to make a world, in those contexts it made sense to identify Christ with Jehovah.

The other thing that’s really important in this context is that for almost as long as there has been Christianity, many Christians have identified various appearances of THE LORD in the Old Testament with Jesus. Moses and the burning bush, Jacob wrestling with the angel, divine beings speaking with Abraham, the Lord walking with the garden in Eden: Many Christians had thought of THE LORD as Jesus Christ.

So at first glance, it sounds like Mormons are doing something really strange, but within the longer history of Christianity, it’s less strange.

RNS: What surprised you the most in your research?

Turner: Two things. One, the strong emphasis that Joseph Smith placed on all church members being able to see the Savior. Smith’s contention was not that Latter-day Saints should believe that heavenly beings had appeared to him; it was that righteous church members could have the privilege of seeing the Savior for themselves. I think some Mormons today do see the Savior. But most are content with the idea of seeing him in heaven someday.

Two, I was surprised how widespread the LDS belief in a married savior has been. I thought that maybe only a few nineteenth-century leaders believed that, partly because evangelical countercult figures make such a big deal out of it. I figured they were exaggerating. But many, many high-ranking LDS church leaders taught that Jesus was married, and to multiple wives, and that he had fathered children on earth.

RNS: Any cool discoveries, or things you learned about LDS history that you hadn’t known?

Turner: This gets into more sensitive material about the temple and the Second Anointing. Some 19th-century Mormon women anointed their husbands’ feet and then dried them with their hair in imitation of the woman who anointed Jesus in the Gospels. I have found three examples of this, which is not a lot, but to find any at all was surprising. One is from the late 1840s, one from around 1880.

RNS: In your final chapter you note that after decades of artwork and talks that insisted on Jesus’ whiteness, the LDS Church has started to show “a growing willingness  . . . to adapt their message and materials for local cultures.” Where do you see this, and why is it happening?

Turner: I see this in a limited sense in terms of artwork. In church-sponsored art competitions and in some church publications, more diverse images of the Savior have begun to appear. Around the world, the older, exclusively white correlated images are the ones church members and visitors still see in meetinghouses and temple visitors centers, but things are starting to change. Perhaps that’s simply because of international growth, perhaps a result of church leaders recognizing a disadvantage to having an exclusively white Jesus.

In terms of adapting curricula and other materials for local cultures, I think correlated uniformity is still the rule.