This sponsored advertising content was made possible by ACS Technologies. 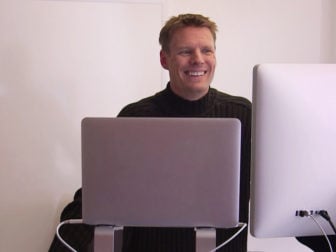 The people may be in the pews, but “where they’re at” is on their smartphones.

According to a 2015 Pew Research Center survey, nearly two-thirds of Americans are now smartphone owners. And a small but growing number – about 10 percent — rely on their smartphones for internet access; they own a smartphone but do not have any other form of high-speed internet access at home.

“You can’t walk around and see people without their devices,” said Chris Martinez, lead pastor of Lakeside Church in Lexington, S.C.  “You have to reach people where they’re at, and like it or not, they’re on their technology all of the time.”

ACS Technologies’ updated Realm software tool helps churches better connect with members by using the device most don’t leave home without — their smartphones.  With Realm, members can tap into the life of the church, not just on Sunday mornings but throughout the week, by way of a cloud-based software that can be used on phones, tablets or any computer.

Thousands of churches already use Realm for back-office tasks, such as maintaining a database of members and regular attendees, tracking contributions and issuing giving reports. The next-generation Realm, launched this month, adds cloud-based tools and a companion congregational app that allow church members to communicate with each other, share prayer concerns, sign up for events or volunteer projects, and make contributions, all from their smartphones, tablets or laptops.

“Realm combines a church management system with an online community,” said Eric Tuininga, director of new sales for ACS Technologies. “It’s one platform that touches everyone in your church.”

When a church is active and vital, members are in touch throughout the week. They’re participating in Bible studies or mission trips; they’re volunteering at food pantries; they’re organizing meals for grieving families or mobilizing volunteers to assist after a disaster. With a churchwide digital connection, Realm gives church leaders a secure way to get the word out to the entire congregation, or to a targeted group, instantaneously. Users will also soon be able to register for events or mission trips and, when applicable, pay a fee, all from their mobile devices.

Realm also provides a secure platform for sharing prayer concerns that’s more private than public social media platforms, such as Facebook. Parents can sign in their children for Sunday school or youth group, knowing that information on who is authorized to pick up the child, as well as info on medical needs or allergies, will all be securely stored on the cloud. Pastors or leaders can look up a member’s individual profile and see where the person is involved in the church as well as their family connections.

Martinez is putting Realm to work as he’s recruiting founding members for Lakeside Church, which launches with its first worship service in January 2017. As he meets with people in the community, Martinez tracks their concerns and needs via Realm.

“I really wanted something that worked on my mobile phone, because I always have that with me,” he said.

Martinez also likes Realm’s Pathways feature, which helps church leaders welcome new attendees and shepherd them into the life of the church. Most churches have a process for new attendees, who may receive a follow-up phone call or email after a first visit, followed by an invitation to join a small group or to attend a welcome event or orientation program. Ultimately, the attendee is invited to baptism and church membership. Different staff or volunteers may be called on at each step. With Pathways, leaders track new attendees’ progress and receive reminders and push notifications if someone hasn’t been contacted on schedule.

“Pathways helps us make sure we don’t let anybody slip through the cracks,” Martinez said.

Ben Forsberg envisions a time when his congregation, Citizens Church of Phoenix, will stop passing the plate on Sunday morning. Instead, he’ll simply invite parishioners to pull out their smartphones and make their donations from the pews, using Realm’s cloud-based software.

“Church members don’t have to wait to go home and log in from their laptops,” said Forsberg, who is lead pastor. If they’re inspired by the sermon, or led to donate for a specific need, they can take action immediately. To make giving easy, Realm’s creators say, they’ve made the companion mobile app simple and intuitive.

“Users’ expectations are high these days,” said Marvin Owen, president of ACS Technologies. “Their experiences have been shaped by mobile banking and mobile apps for companies like Netflix or Amazon. So we’re bringing that same technology, but designed with a church in mind.”

Because it tracks so many areas of the church — members’ contact information and giving records, volunteer sign-ups, event registration and small-group participation — Realm generates an abundance of data. Church leaders can use Realm’s dashboards to spot trends, to see what’s working and keeping church members engaged, and what’s not, and take quick action.

“Realm allows churches to not only track contributions and attendance, it actually allows them to use the data to inform their ministry,” said Tuininga.

At Forsberg’s church, in past years the congregation typically experienced a dip in giving during the summertime. Donations were down about 30 percent compared with other months of the year. It’s a common issue at many churches, as families travel and take summer vacations and miss Sunday worship. When the church added Realm last year, any slowdown in a member’s regular giving automatically triggered follow-ups and reminders. As a result, giving was only 10 percent lower last summer.

Realm is affordable, starting at $29.95 per month for small churches, with tiered pricing based on a church’s membership or attendance.

“Realm has the connectedness of the data, the discipleship piece and the community piece, all in one,” said Forsberg. “It has just made everything easier.”