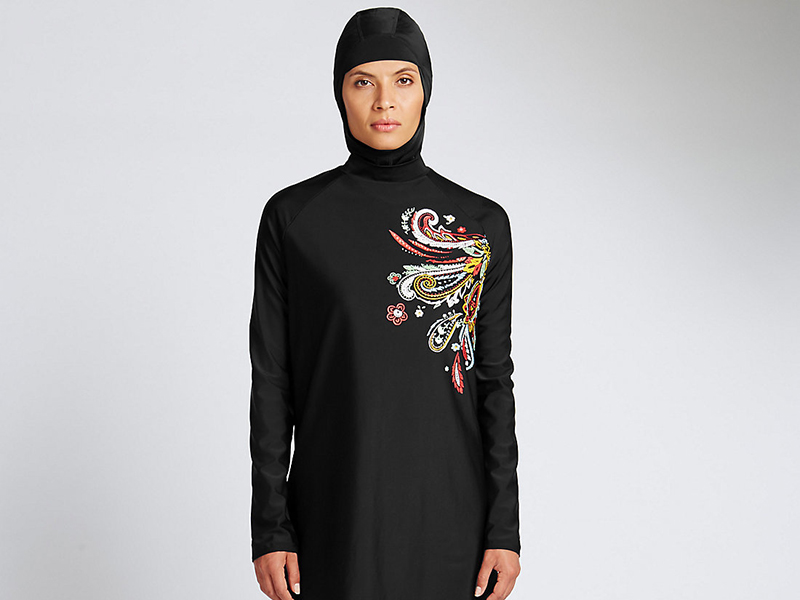 What do some major fashion companies have to celebrate in the Muslim holy month of Ramadan? Business opportunities and profits.

Ramadan, which begins this week, involves daily fasts that start at sunrise and end at sunset with community dinners at home or on the town. A growing number of fashion lines have been catering to Muslim women — and the social gatherings on their calendars — by offering Ramadan collections. Dolce & Gabbana, H&M, Oscar de la Renta, DKNY and others are marketing apparel that ranges from “modest wear” to full-body veils. A model in a Marks & Spencer burkini (Muslim swimwear that covers all the body, including the hair) was the lead image in a recent New York Times article about Muslim fashion.

Surprisingly, these clothing lines are supported by many who argue that women should have the “freedom” to choose what to wear. In fact, the headline over the Times piece was “What Freedom Looks Like.”

But one cannot read too much into such so-called freedom. After all, hijab, which means “curtain” or “screen” in Arabic, is meant to cover women's hair in public because according to Islamic laws, it's considered provocative. Men, on the other hand, do not have to hide their hair. In other words, women are objectified and controlled because the focus is more about their bodies and their provocativeness than their individuality. At least compared with men!  Also, in some Islamic countries, such as Iran and Saudi Arabia, wearing a daily hijab is a requirement that, if not obeyed, carries severe penalties, including torture and death. Even so, many who live in non-Islamic countries publicly advocate ads with veiled women as being part of the freedom to choose what to wear. These supporters mainly fall into two categories. First are the intellectuals, such as writers, philosophers and feminists, who passionately argue that women should have the right to wear whatever they want, including apparel that reflects their religious beliefs. The second are the savvy marketers who use every and any opportunity to sell their products and make profits.

The intellectuals, God bless their souls, do have good intentions. They come up with some amazing and complex analysis and explanations in favor of such fashion trends, all in the name of supporting women and freedom. But they’re not seeing the unequivocal yet malicious reasons behind why Islam requires women to cover their hair.

The thought process and intentions of savvy marketers, on the other hand, are soulless and corporate. They just want to make money. And who in their right business mind could blame them? The Islamic market is a giant gold mine. Muslim consumers spent $230 billion clothing in 2014 and could be spending $327 billion by 2020, according to a report last year on the global Islamic economy.

Some of the richest countries in the world, such as Saudi Arabia, Qatar, Kuwait, Dubai and United Arab Emirates, are part of this market. And it really doesn’t matter what values these countries have or how they treat women. As long as they can spend, these marketers are ready to oblige.

While the intellectuals and the marketers might have very different intentions and reasons for their support of hijab, they’re sending the same message to the world — one that says wearing a hijab is acceptable, it's beautiful, it's trendy and, most of all, it’s part of a woman’s personal freedom.

But let’s not be fooled by these ads into thinking that hijab is a means of self- or fashion expression. Hijab is a serious issue, not a passing trend. It doesn’t come and go like baggy jeans, short skirts, or pointed-toe shoes. It dates to 627 C.E. (common era) and has caused women severe punishments and deaths throughout the years (although this is not something you would’ve read in the fine print under DKNY’s first-ever Ramadan collection ads, launched in 2014).

(Farnaz Calafi is a freelance writer based in Southern California. This editorial first appeared in USA Today)