(RNS) I was sitting in a conference hall in St. Louis for the annual Southern Baptist Convention Tuesday (June 14) while my denomination debated a resolution on the Confederate battle flag introduced by an African-American denominational leader. As a longtime pastor and former two-term president of the SBC, I chose to stand and speak.

Before our many messengers from across this nation, I asked my brothers and sisters to strike the resolution’s language claiming that some people fly this divisive symbol out of a fond memory of their fallen ancestors, rather than hate. And I asked for the insertion of a reworded line: “Resolved, that we call our brothers and sisters in Christ to discontinue the display of the Confederate battle flag as a sign of solidarity of the whole body of Christ, including our African-American brothers and sisters.”

I had no idea whether I would be reviled for these words, but I felt I had to speak. 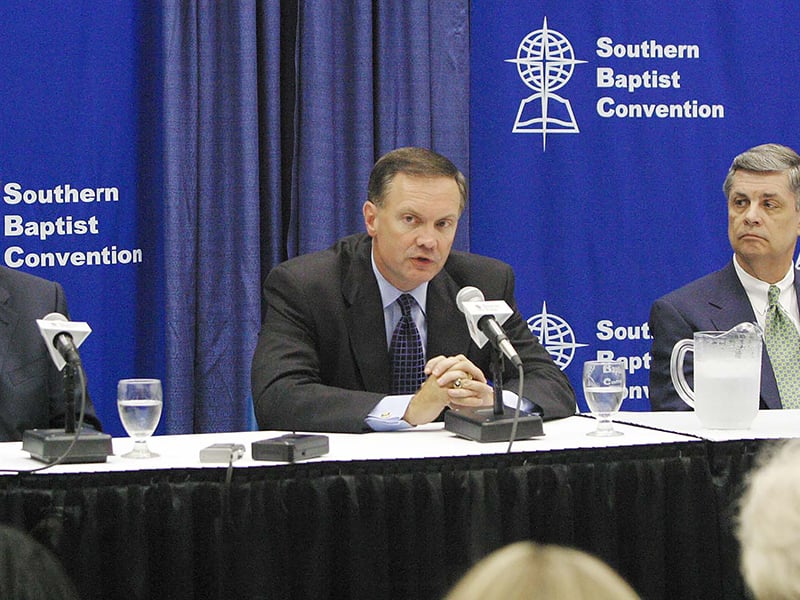 At our denomination’s beginning, we took the wrong stand on the issue of slavery. We cannot undo what our ancestors did, but I felt we had a historic opportunity to show that we have repented of these ungodly attitudes. The SBC has officially and publicly apologized for our racist past, but words without action are cheap and hollow.

One might say my life began “in Dixie land where I was born early on a frosty morning” in December. I grew up in the 1950s in the heart of the Deep South, a time many white Christians believe to be a golden age and many black Americans experienced as a kind of dark ages.

I didn’t go to school with anyone except other white kids until I started high school. There was a certain part of town where the “black folks” lived. It was an unspoken “no man’s land” for whites. Churches were totally segregated. It was just an assumed way of life.

My Confederate blood runs deep.  I have visited the grave of one of my great-great-grandfathers, James Vickers, who is buried in a Confederate cemetery in Lynchburg, Va. My other one, Stephen Merritt, fought in the Battle of Atlanta. When I was a child, the Confederate flag was as normal a sight to me as the American flag. Robert E. Lee’s birthday was as sacred as George Washington’s.

Yet, by God’s grace, I was protected from developing a racist heart. You might say my parents were prejudiced (like most in our town, they condemned interracial marriage). But they were not racial bigots.

But one decision changed everything. Early in my life, they hired an African-American nanny who became a second mom to me.

Emma was a great cook and I will never forget the first lunch she made for us. Mom and Dad came home for lunch and as we sat to eat Emma was nowhere to be found. Dad found her in the living room eating by herself. He took her by the arm and almost dragged her to our family’s dining table. He looked at her and said, “Emma, if you are good enough to cook food for us, then you are good enough to eat it with us.”

From that moment, she was not “the help.” She was family. I hugged and kissed her when she came and left. And she taught me as a 6-year-old that color doesn’t define us; love and mutual respect do.

That sentiment solidified and deepened permanently three years later when I devoted my life to a dark-skinned Jewish Messiah named Jesus who became forever my Lord and Savior. I remember clearly the night when Martin Luther King was assassinated and the sadness I felt, but even then I knew King was right: The only solution to racism is changed hearts. And only Jesus can change hearts.

Our nation, in some ways, has come full circle. From Ferguson to Charleston to St. Louis, many still harbor racist attitudes. It has become a barrier to even considering the Christian faith among many African-Americans. But as a Christian, I know that every Confederate flag in the world is not worth one human soul of any race.

I don’t believe this because of political correctness, but because of biblical compassion and spiritual conviction. We Christians believe we serve a God who has created every human in his image and who desires for people of every nation, tribe, tongue and race to know and worship him. We cannot pursue unity and division at the same time. 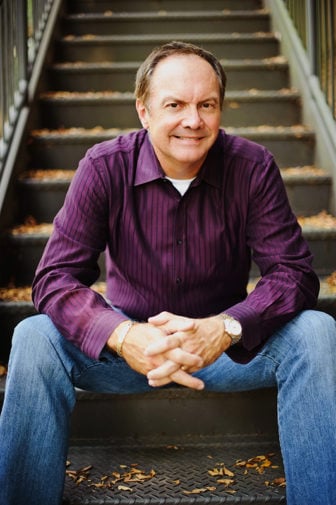 James Merritt is the lead pastor at Cross Pointe Church in Duluth, Ga., and a former president of the Southern Baptist Convention. Photo courtesy of James Merritt

I’m grateful that our Southern Baptist Convention voted to accept both the resolution and amendment yesterday. I hope Emma, looking down from heaven, was proud that her little boy stood to speak and that his fellow Southern Baptists voted accordingly. But make no mistake: I am not a hero. The millions of African-Americans who have persevered under oppression and bigotry are the true heroes. They are the ones who deserve our admiration and respect.

By God’s grace, I hope this resolution will begin to mend broken bridges and tear down barriers of division in our nation. And I pray that this will be a clarion reminder to the 15 million Southern Baptists across our country that we do not march under any flag but the banner of a risen Jesus who prayed “may they be one.”

(James Merritt is the lead pastor at Cross Pointe Church in Duluth, Ga., and a former president of the Southern Baptist Convention)