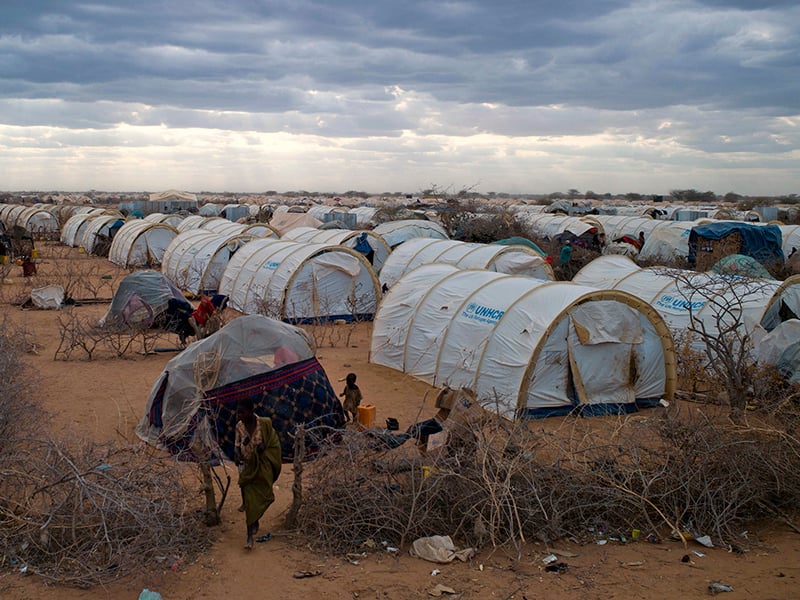 A general view shows the tented settlement near the Ifo 2 refugee camp in Dadaab, near the Kenya-Somalia border, on Aug. 29, 2011. Photo courtesy of REUTERS/Eduardo De Francisco *Editors: This photo may only be republished with RNS-KENYA-CAMP, originally transmitted on June 21, 2016.
June 21, 2016
Fredrick Nzwili

NAIROBI, Kenya (RNS) Religious leaders and humanitarian activists are urging the government to treat the mostly Muslim Somali migrants who are facing expulsion from the Dadaab refugee camp with dignity.

The camp, one of the world’s largest, will be shut down this year, the government announced last month. It has nearly 350,000 displaced people and is a commercial hub in the region.

Religious and humanitarian groups have urged Kenya to delay the closure of the camp. Clergy, in particular, have warned of a potential humanitarian crisis in the Eastern Africa region if the camp is closed.

The closure comes amid a new U.N. report that finds the number of displaced people around the world reached 65 million, the highest since World War II.

Kenya has rebuffed the criticism, though, insisting on the camp closure and the refugees’ repatriation to Somalia. The camp was created 25 years ago and has become a security threat and an economic burden. 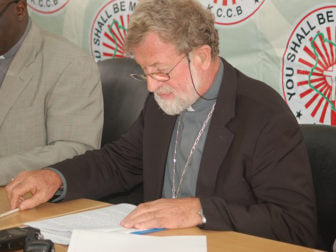 Roman Catholic Bishop Joseph Alessandro of the Garissa Diocese speaks during a news conference in Nairobi in May 2016. RNS photo by Fredrick Nzwili

“Since they have decided to go ahead with it, we are now trying to see that the exercise is carried out with dignity and a humane manner,” said Roman Catholic Bishop Joseph Alessandro of the Garissa Diocese, where the camp is situated.

Alessandro said the church and refugee agencies hope all the conditions necessary for resettlement, such as security and social services, will be met.

“They have made the promise,” Alessandro said. “We hope the process will be smooth.”

Humanitarian officials fear that dismantling the city and moving its residents all at once could prove a logistical nightmare for both Kenya and the international community.

“The speed at which the camp is being closed is our main concern. We are not sure if this is logistically possible without infringing on the rights of the refugees,” said Beatrice Mumbi, the head of advocacy at Jesuit Refugee Service.

“They said it will be done, but there is still very scanty information on how it will be carried out. Are they going to move them with buses?” added Mumbi.

The government blames radicalized Somali youth in the settlement for a string of attacks inside Kenya.

Recently, officials alleged that the April 2015 Garissa University College massacre and the 2013 Westgate shopping mall attack in Nairobi were plotted in the camp by Somali militants.

The massacre at Garissa killed 148 people, mainly Christian students, while 67 died in the shooting at Nairobi's Westgate mall.