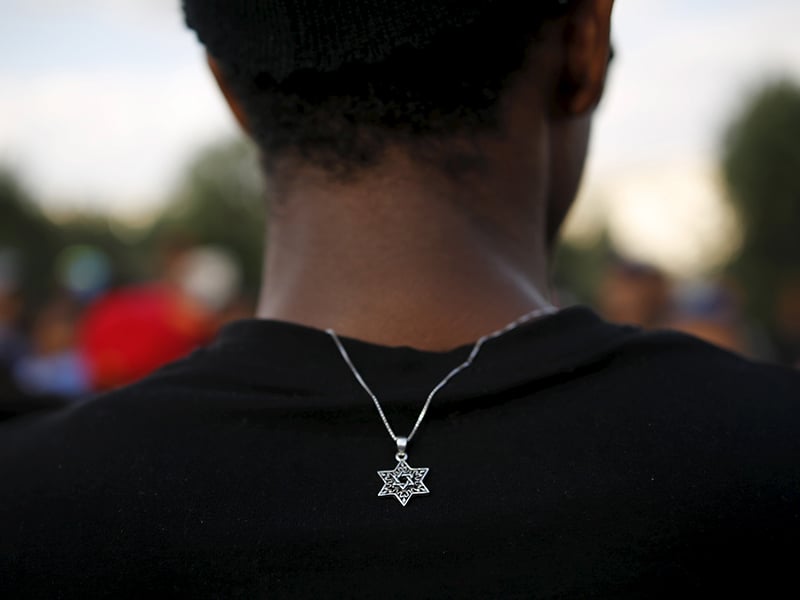 A member of the Ethiopian Jewish community in Israel wears a medallion with the Star of David as he takes part in a ceremony marking the holiday of Sigd in Jerusalem on Nov. 11, 2015. Photo courtesy of REUTERS/ Amir Cohen
July 6, 2016
Lauren Markoe

(RNS) Donald Trump's recent use of a six-pointed star in a tweet widely deemed anti-Semitic has raised many questions about the Star of David, a symbol of Judaism. It adorns synagogues the world over and is central to Israel's flag. But it has also been used to denigrate Jews.

Where did this star come from, and what makes it Jewish? Let us 'Splain.

Q: Does the star go back to the biblical King David?

A: That's the one. But don't go looking in the Bible for references to the Star of David. Legend has it the "Magen David," in Hebrew, the "Shield of David," was shaped like a six-pointed star, or that his shield was embossed with that shape. But there is no written or archaeological evidence to prove this. And for thousands of years the menorah was the more common symbol of Judaism.

Q: So where did the star come from?

"The interlocking symmetric triangle was a common symbol in the Near East in the ancient world," Chabad Rabbi Pinchas Taylor explains in a video about its origins. You can find examples of it in ancient Hindu, Shinto and Persian cultures, among others -- and ancient Jewish settings too. It seems to point to both heaven and earth, God and mankind, and all the corners of the universe. Among mystics, it was thought to hold special powers. 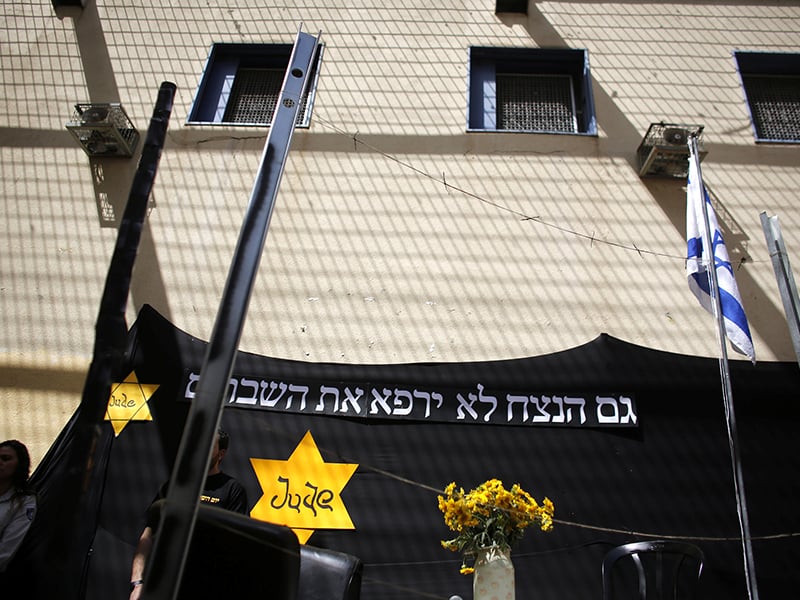 A banner with the yellow Star of David and the word "Jude," German for Jew, and the Hebrew words "not even eternity will heal the wounds" is hung on a fence at Rimonim Prison during a ceremony marking the annual Holocaust Remembrance Day in Israel on May 5, 2016. Photo courtesy of REUTERS/Nir Elias

Q: When did Jews start using the star?

A: Some European Jews, most notably in Prague, used it in the 1600s. But its widespread adoption by Jewish communities didn't happen until the early 19th century, first among German Jews, said Jonathan Sarna, professor of Jewish history at Brandeis University.

"Scholars believe that newly emancipated German Jews adopted the symbol to stand opposite to the cross that so visibly symbolized Germany's Christianity," Sarna wrote in his book "American Judaism." The Star of David made its first American appearance in a stained glass window at the Baltimore Hebrew Congregation in 1845. Soon after, "it became a visible proclamation of Jewishness" on books, ceremonial objects and tombstones.

Q: Is that why the Nazis used it to identify Jews?

A: Yes, but the Nazis were far from the first to make Jews wear an identifying mark. In the Islamic world, Caliph Umar II (who ruled from 717–720) forced Jews, as well as Christians, to wear "distinguishing marks." Throughout medieval Europe, Jews were required to wear badges -- often yellow -- and sometimes pointed hats.

The Nazis forced Jews to wear the yellow badges, though the color was occasionally different in other lands under control of the Third Reich. The star separated and isolated Jews, marking them for deportation to concentration camps. A Jew found without a badge could be fined, imprisoned or shot.

Q: What is the connection between the star and Israel?

A: The Zionist movement in 1897 adopted the Star of David as its symbol. It became the flag of the State of Israel shortly after the nation's founding in 1948. The star is sandwiched between a single light blue stripe on top and another on the bottom, which are supposed to evoke the tallit, the Jewish prayer shawl, which is most typically blue and white.

Q: What about Trump's claim that there is nothing anti-Semitic about the red six-pointed star his campaign tweeted?

A: The Trump campaign set the words "Most Corrupt Candidate Ever!" atop the red six-pointed star against a background of dollar bills and next to a photo of Hillary Clinton. Given that much of anti-Semitic rhetoric blames Jews for manipulating the world's economy, the star's appearance on money was quickly seen by Jews and non-Jews alike as blatantly anti-Semitic.

More to the point, the image was traced to a message board that attracts anti-Semitic and white supremacist memes and rants.

The campaign's explanation, that it was a sheriff's badge, was widely ridiculed. 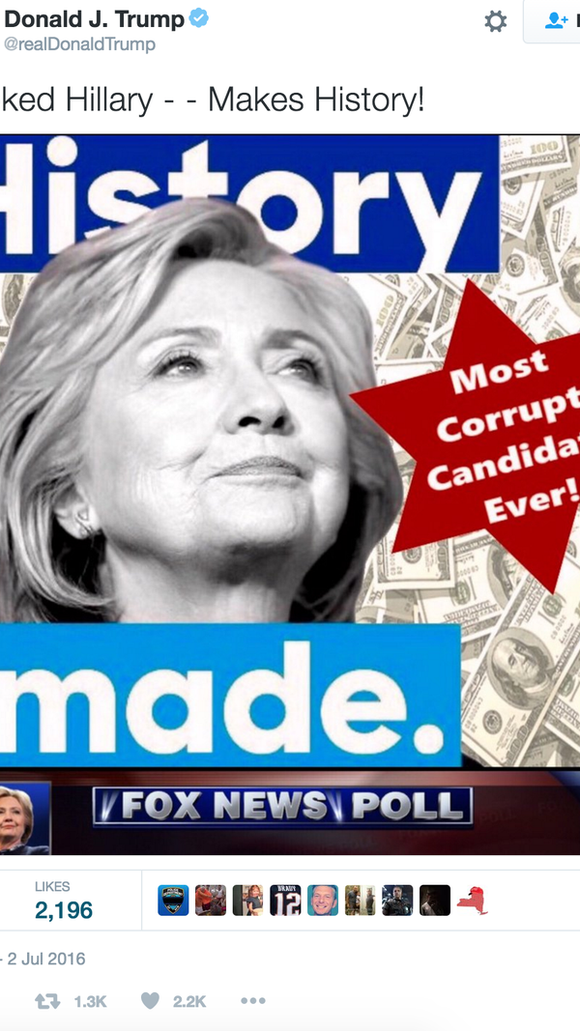 The original tweet was posted on @realDonaldTrump — the confirmed account of the presumptive Republican presidential nominee — at 9:37 a.m. Saturday, July 2.