(RNS) It has already been successful in other animals: Physicians have severed the spinal cords of one white mouse and one black mouse, switched their heads and produced living mice. Similar surgeries have been successful with dogs and monkeys.

And now there is serious talk of doing a head transplant on a human being.

Valery Spiridonov has a rare genetic disease in which his motor neurons are destroyed and the muscles of his body are wasting away. He can’t walk and can do little more than feed himself, type and move his wheelchair with a joystick. Some physicians are surprised he is still alive.

Spiridonov, a tech geek, runs his own educational-software company and has a deep faith in technology’s ability to save his life. He wants to be the first person to undergo a head transplant.

Physicians would wait until the body of a brain-dead human being (let’s call him Tom) consented to a full-body donation for this purpose. They would then cool Spiridonov’s brain in order to lessen neural damage, sever both spinal cords, attach Spiridonov’s spinal cord to Tom’s spinal cord and use a drug to fuse the spinal cords.

But even if the surgery were successful, it would be a mistake to describe this procedure as a brain transplant for Spiridonov. Here’s why.

First, we are not our brains. The “move to the head” is a cultural product of the Western Enlightenment, focused on rationality and calculation as the primary aspect of what makes us human.

But this very particular, socially determined perspective is fairly new. Ancient Egyptians, for instance, simply discarded the brain after death — even when expecting an afterlife — because they thought its primary purpose was to cool the blood. Thinking of ourselves as somehow residing in our brains is mostly a product of culture.

Thomas Nagel and Alva Noe have demonstrated that a fully functioning, healthy brain is an inadequate explanation for fundamental aspects of human existence, including self-awareness. Nagel concludes that the materialist account of consciousness fails, and Noe claims that human consciousness must be understood as an “embodied” function of the entire human organism, holistically considered.

This position is backed up by several case studies. Despite having their brains’ cortexes destroyed, patients such as Roger still know who they are, crack jokes, recognize themselves in photographs and more. Some children, born with fluid in place of the brain’s cerebral hemispheres, can nevertheless laugh and cry, understand the difference between familiar people and strangers, and even prefer certain kinds of music.

The fact that these children are conscious means that consciousness does not require higher brain function.

The secular medical establishment operates with the view that human beings in a “persistent vegetative state” are no longer persons, but this view must now be rethought in light of the fact that some humans in this condition are self-conscious and can communicate with researchers.

Even human beings who are “brain-dead” are anything but dead. Brain-dead people can fight off infections and gestate prenatal children to a successful birth. When their bodies are cut open their heart rate and blood pressure spike as a response to the bodily trauma. Other organs (such as the spinal cord) take over for the brain in coordinating homeostasis.

Simply put, our culturally conditioned assumption that a person dies when her brain dies must be abandoned. We are not our brains.

Unfortunately, the groundbreaking Atlantic article that drew so much attention to Spiridonov’s story last week operates with this assumption, claiming that with “one quick stroke” physicians would server Spiridonov from “the body he was born with.” But Spiridonov is not his head with a disposable body attached. He is a living organism, holistically considered.

Many of our memories, for instance, don’t “reside” in the brain but are instead embodied memories. Even if he were self-conscious after the head transplant, Spiridonov would lose many of those memories and there is some evidence that he could gain the memories present in the donor’s body.

But given what has been shown above, the person undergoing the head transplant would actually be Tom. Tom never ceased being a living human organism. If we are not our brains, then it is Tom who had an organ transplanted into his still-living body. Spiridonov would have died — just as anyone who donates a vital organ dies.

The post-transplant person will have Tom’s embodied memories. Tom’s body will fight off the new organ as foreign tissue without the presence of immuno-suppressant drugs. Any children that the resulting person has will be Tom’s, not Spiridonov’s.

Many reasons have been articulated as to why we should be morally skeptical of head transplants — including the incredible cost and the small likelihood of success. But one concern hasn’t yet been put forward: Even if successful, the person surviving a head transplant would not be the one requesting it. 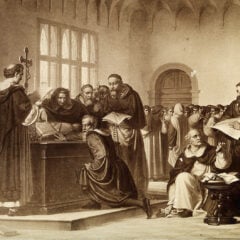 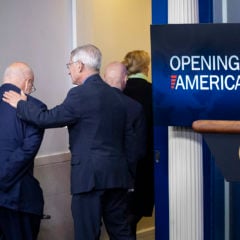 News
For top U.S. virus experts, faith and science work together
Follow us on Facebook!
Submit your photos to RNS