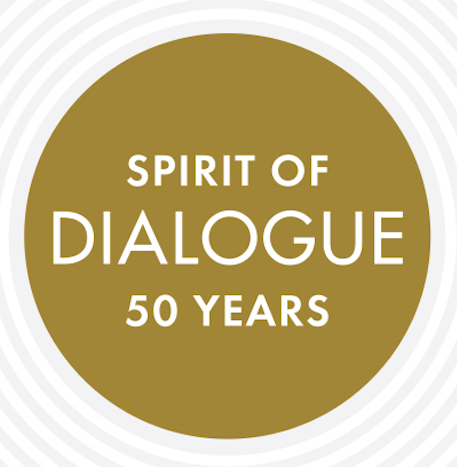 It was 1991, and I was in my first year of divinity school at Princeton Theological Seminary, studying to become a Presbyterian minister.

I threw myself into learning Greek and Hebrew and baptizing dolls in my speech class. I spent all day on Sundays at my field education church, learning how to do all the things that pastors do, from giving sermons and organizing the senior high scavenger hunt to visiting the sick.

Except that I couldn’t get Mormonism out of my mind. The year before, I’d done my undergraduate thesis on the LDS Church. And that summer, I had quietly met with the sister missionaries and started reading the Book of Mormon. I wasn’t ready to throw all my ordination plans out the window and become a Mormon, but on the other hand I also couldn’t deny that God was Tugging at me as only God can do.

So what did I do, while occupying this liminal space of wondering about Mormonism? I read. (Yes, if you know me at all, this response is totally predictable.)

Princeton University across the street offered library privileges to seminary students, and Princeton happened to have one of the most fantastically extensive library collections on Mormonism anywhere east of the Mississippi. So I took full advantage of the situation. I found ways to write seminary papers on LDS history and theology, and I parked myself for hours at a time in the stacks of Firestone Library, just sitting cross-legged on the hard linoleum floor, pulling down volume after volume from the shelves.

This was when I drank in the pages of Dialogue: A Journal of Mormon Thought. Then a quarter of a century old, Dialogue at that time was already the grande dame of thoughtful Mormon publications. Today we take it for granted that there can be a proliferation of Mormon voices—we have untold numbers of Mormon blogs, websites, and podcasts as well as print publications. But back then, if you were of a questioning mindset you pretty much had just Dialogue and Sunstone to keep you sane.

And I was of a questioning mindset. I wouldn’t say that I needed to know the answers to all of my questions; I knew enough about faith even at that age to understand that answers aren’t always possible or even desirable. But I needed to know that there was a community of questioners, an entire subchurch of folks like me, who followed up every statement of “I believe!” with an equally hearty “Help thou mine unbelief!”

I found my people in the pages of Dialogue, and loved their personal essays and poetry as well as their scholarship. Reading Dialogue, I could actually catch a glimmer of a possibility of myself as a future Mormon. It did not seem impossible. In fact, it came to seem inevitable.

Now it’s 2016, and in the intervening years as a Latter-day Saint I have been blessed to give and receive in the Dialogue community. I got to serve on the board of directors for five years and help, in a very tiny way, shape the publication by being on the editor search committee.

And this summer, the Dialogue Foundation offered me incredible support with a surprise Kickstarter donation for The Next Mormons survey. I was so honored to be receiving not only the funding but the intellectual blessing of the Dialogue community—to be perceived as offering a project that contributes a little something to the conversation that Dialogue pledged to start fifty years ago.

This month, Dialogue celebrates its Jubilee, a fiftieth-anniversary celebration on September 30 in Salt Lake City. There will be a gala dinner that evening, honoring the contributions of Elder Marlin Jensen (former LDS Church historian), Darius Gray (a founder of the Genesis Group), and Christine Durham (a former Chief Justice of the Utah Supreme Court—and a Wellesley grad!). 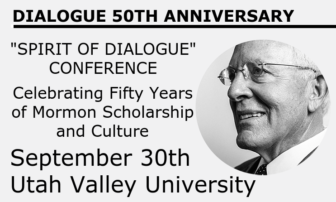 I think the gala tickets may be sold out now, but there’s a chance to enjoy the celebration (for free!) that entire day: Dialogue is sponsoring a conference called The Spirit of Dialogue: Celebrating Fifty Years of Mormon Dialogue and Culture at the Utah Valley University Library from 9 a.m. to about 4 p.m. There are some terrific presenters scheduled, including Patrick Mason, Brian Birch, Boyd Petersen, Ardis Parshall, Ben Park, Armand Mauss, Kristine Haglund, Levi Peterson, Bob Rees, Paul Reeve, Greg Prince and others.

I can come for part of it, and feel honored to be present while some of Mormonism’s best minds reflect on Dialogue’s first half century and lay the groundwork for the fruitful decades to come.

READ OTHER PEOPLE’S MEMORIES OF DIALOGUE: