(Deseret News) — J.D. Vance grew up with God but, except for a few years as a teen, without church. His family members rarely found themselves in a pew on Sunday morning, and they didn’t turn to faith leaders for help in times of crisis. J.D. Vance is the author of “Hillbilly Elegy: A Memoir of a Family and Culture in Crisis,” which has been on The New York Times Best Sellers list for four weeks. Image courtesy of HarperCollins.

Contrary to popular opinion, this approach to religious life is relatively widespread in so-called hillbilly country, or the region of the U.S. that stretches along the Appalachian Mountains, according to Vance, who grew up in southern Ohio. Families talk about God but don’t trust religious institutions.

In his New York Times best-seller, “Hillbilly Elegy: A Memoir of a Family and Culture in Crisis,” Vance sheds light on the world he grew up in, exploring how social policies and other factors affect some of the poorest communities in the U.S.

A principal at a Silicon Valley investment firm, Vance, 32, was mostly raised in Middletown, Ohio, by his grandparents, Mamaw and Papaw, while his mom struggled with drug addiction. He nearly failed out of high school, but regrouped and made his way to the Marine Corps, college and then Yale Law School.

What’s the most common misconception about religious practice in the part of the country where you grew up?

The first is that people wrongly believe religion is the province of people who are weak or poor or stupid. To use a political phrase, people who are “clinging to their guns and religion.”

It would appear that folks who are most destitute in these areas are the least likely to go to church. Church is increasingly something that is relatively confined to upper-income, well-educated people. I think that’s something people should recognize about the role of religious faith in this part of the world.

The second thing is that we tend to think of these areas as the Bible Belt, where everyone is going to church and everyone is actively involved in religious community. That’s not that true.

If you look at the statistics and see some of the things I’ve seen, you recognize that these people, despite being very religious and having their Christian faith as something important to them, aren’t attending church that much. They don’t have that much of a connection to a traditional religious institution.

Religion is important. That conception is right. But religion is quirky and it’s not traditionally practiced in religious institutions. 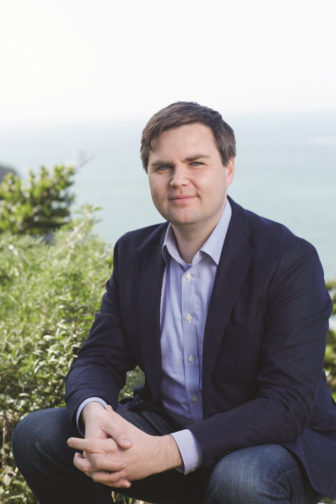 What do you mean by quirky?

It’s on a scale. At the best end of the scale, people read the Bible regularly, pray and think very seriously about their Christian faith and what it requires of them.

The other way religious belief is expressed is not especially good. Faith becomes what I’d call a cultural tchotchke. It’s like something you wear on your breast or that you pin to your identity. But it isn’t actually that significant to you in a lot of ways.

The point is that, for at least a fair number of people in these areas, Christian faith isn’t motivating their behavior. It’s just another identifier. They listen to country music, live in a rural area, like to fish and they’re also Christians.

For some people, faith is a very important part of their life even if they’re not going to church. But for a few people, religion is more about what it signifies for their identity as red-state Americans.

What role did faith play in your childhood?

I lived in a pretty chaotic and hopeless world. Faith gave me the belief that there was somebody looking out for me, that there was a hopeful future on the other side of all the things I was going through.

Going to church showed me a lot of really positive traits that I hadn’t seen before. I saw people of different races and classes worshipping together. I saw that there were certain moral expectations from my peers of what I should do.

The kids on my block in Middletown, if they cared at all about what you were doing, they were typically urging you to do drugs or take a drink. Church exposed me to an entire enclave of kids who were my age and like me but they expected me to not do drugs or have premarital sex or drink alcohol.

But the church you went to with your dad also seemed to urge you to withdraw from the world. Can that be problematic?

The kind of conservative, evangelical Christianity I practiced encourages a cultural paranoia where you don’t trust and want to withdraw from a lot of parts of the world.

It’s very hard to be a practicing Christian in the 21st-century world if you set things up as “Everyone is against us. You can’t believe modern science, modern media or modern political institutions because they’re all conspiring against Christians.”

In the book, you share a study on access to the American Dream and note that churches can play a role in upward mobility. Do you think faith communities in the region where you grew up should do more to help people escape poverty?

I definitely do. A few months ago, I told a friend that I think the LDS Church in Utah is a really good model for how Christian churches should exist in communities like mine.

In Utah, the church as an institution is very strong. People are active and participate across racial and class lines. In the study I cited, one of the biggest markers of whether a place had low upward mobility is if poor kids live in cut-off enclaves.

Utah does really well on this metric. And my guess is that the Mormon church plays a role in that. It brings people together and members aren’t afraid to go into poor communities and minister to people. That’s not something you see in the Cincinnati, Ohios, of the world.

Churches are geographically and culturally isolated from poor people.

When you entered law school, you had to navigate a new, more elite world. How did your classmates’ religious practices differ from your childhood faith?

Back home, kids who grew up to be relatively successful tended to abandon their faith. All of my close friends growing up were all really religious but, with the exception of one of us, we all considered ourselves nonreligious by age 25.

At Yale, I was exposed to faith groups in which that didn’t seem to be happening.

Mormons and Catholics at Yale Law School, who were really smart and successful, were engaged with their faith. There was a moment when I was like, “Maybe it is possible to have Christian faith in an upwardly mobile world.” You can be a member of your faith and still be a reasonably successful person. That’s not the world I grew up in, but maybe that’s true.

What do you think explains the differences?

My guess — and I don’t have the data to support it — is that a lot of the isolating pressures I experienced as a young, conservative, evangelical Protestant aren’t present for Catholics and Mormons. Both of those faiths are very intense about the moral rules they want their followers to follow, but they’re also engaged not just with modern science, but with the modern world.

Catholics and Mormons seem to be much better at figuring out how to practice their faith in a multicultural world. My sense is that it’s because there aren’t those isolating pressures. They don’t feel like they had to choose between the world and their faith. They can influence the world through their faith.

How would you describe your faith life now?

I’ve been going to church for the past year or so. Not as much as I should, but more than I have been. I’ve been thinking very seriously about converting to Catholicism because of some of the things we were talking about.

I’m in a weird place where I would describe myself as Christian, but I’m not an active participant in any denomination. If I were to jump back in, it would be through a formal conversion process.