(RNS) As millions of Muslims worldwide sharpen their knives for the annual animal slaughter of Eid al-Adha, some have been left disturbed by their community’s high level of meat consumption.

Walk into any mosque on Monday (Sept. 12), the first day of Eid al-Adha for most U.S. Muslims. Chances are, worshippers’ plates will be loaded up with chicken, beef or lamb.

“It’s as though they think eating meat is obligatory in Islam,” said Mohamed Ghilan, a vegan and student of Islamic jurisprudence in Vancouver, British Columbia. “And so many people believe that slaughtering an animal on Eid is obligatory, too.”

Neither is true, Ghilan said. The Prophet Muhammad himself rarely ate meat, and many of his most prominent companions did not perform the animal sacrifice, known by the Arabic words “qurbani” or “udhiya.” The prophet was also known for his compassion toward animals.

It’s not surprising, then, that some Muslims do shun meat. But for those who do, it’s often an uphill road.

When Sehrish Khan-Williamson was 15 years old, she told her parents she was a vegetarian.

Her parents were stunned — chicken and beef dinners are mainstays of Pakistani-American Muslim households. “When I would go to a dinner party at someone’s house, they’d have no idea how to navigate around the cultural pieces,” Khan-Williamson remembered. “They’d be like, ‘Oh, you’re vegetarian? Here, you can eat the haleem.'” Haleem is a South Asian and Middle Eastern stew of lentils, wheat and meat.

At her mosque, people told her it was “haram,” or forbidden, to deny herself what God made permissible. Her cousin, a religious scholar, often accused her of suggesting Muhammad was wrong for having eaten meat. 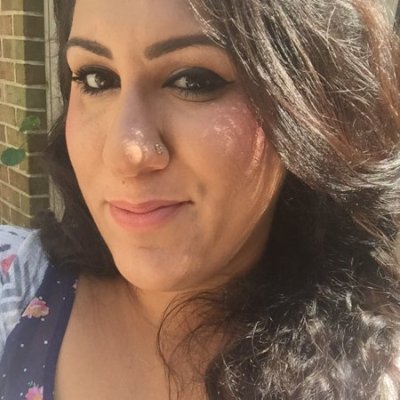 “I had a really hard time navigating being Muslim and not eating meat,” said Khan-Williamson, now 30 and a graduate student at the University of Arizona. “Being a vegetarian and being in a Muslim society is almost like it’s contradictory. And I’m still not exactly sure why.”

For many Muslims, historically, vegetarianism signaled heterodoxy. There is a long history of Islamic vegetarianism and animal rights activism, particularly among Sufi orders. The 8th-century Sufi mystic Rabia al-Basri is thought to have shunned meat, as is the 15th-century poet Kabir, whose Sufism was tinged with Hinduism. And under the ninth-century Qarmatians, who mixed a Shiite theology with Zoroastrian mysticism, eastern Arabia and Bahrain saw compulsory vegetarianism.

Nowhere is Muslims’ relationship with meat so obvious as on Eid al-Adha, the holiday during which Muslims commemorate Abraham’s willingness to sacrifice his son for God, and which occurs during the yearly hajj pilgrimage to Mecca. The ritual sacrifice of a goat, sheep, cow or camel represents the sacrifice of Abraham, said Imam Hammad Ahmad of Baitur Rahman mosque in Silver Spring, Md.

“As he was about to slaughter his son, God revealed to him that he had fulfilled the purpose, and told him to slaughter a ram instead,” Ahmad said. “It’s symbolic of how we should kill our base desires — killing the animal within, to follow God’s will rather than our natural impulses.” For the holiday, the meat is then butchered and divided into three portions: at least one third for the poor, one third for friends and family, and the rest for one’s own household.

That gift of meat helped Khan-Williamson swallow the “violence” of her family’s qurbani shortly after ending her vegetarian diet.

“I was upset, but I couldn’t help but feel some peace as I saw my family handing the meat out to the poor,” she said.

Last year, after 14 years of vegetarian eating, she quit.

“Theologically, the big determining factors for me were holidays like Eid al-Adha and that the Prophet Muhammad himself ate meat,” said Khan-Williamson, who also has a master’s in divinity from Harvard Divinity School.

Still, she can’t stop thinking about the first qurbani she witnessed, when she was 19. About a month before Eid, her family visited Pakistan, where they had bought a goat and cow. She grew attached, and avoided the qurbani.

“When I walked out, they were still skinning the animals,” she remembered. “I had a complete breakdown. That vision is still in my mind today.”

In the U.S., local ordinances and high costs make it difficult to personally perform a qurbani. But in the United Arab Emirates, officials are bringing in 45,000 extra animals to the markets for Eid al-Adha. And they are importing some 25,000 cows.

In urban Egypt, blood runs through the streets as goats are slaughtered. Some of Cairo’s vegetarians and vegans actually leave the city annually to escape the gore.

“Everyone is slaughtering — there is so much blood being spilled everywhere,” Ghilan said. “It’s a big massacre. It goes beyond a religious observance. People just want to eat meat. It’s almost getting out of hand.”

Abrekzaur Laypan, who said he opened New Jersey’s first halal meat market in 1967, said that there is a method for slaughtering animals in order to make them halal. RNS photo by M. Kathleen Kelly/The Star Ledger

Ghilan said many Muslims are using Islam to justify their “gluttonous” addiction to meat. Muslims in India, for instance, have protested bans on cow slaughter by arguing that eating beef is important to the Islamic lifestyle; it’s one of the reasons Muslims from South Asia are often deeply opposed to vegetarianism. But when Ghilan looks at the life of Muhammad, he finds a different story.

“The fact is that the prophet did eat meat — he even had a favorite part of the lamb, which he liked to eat when it was available,” Ghilan said. “The prophet would go a few months without eating meat — and then he ate meat when it was presented to him. He didn’t seek it out.”

That, he said, makes veganism an “imperative” for those following Muhammad’s message.

Gilhan added: “If the prophet were around right now, and these animal products were presented to him today, would he consume them?”

Even today, several Muslim scholars have labeled overconsumption of meat as “makruh,” or reprehensible.

“People say … your (faith) is not complete until you start eating meat,” Shaykh Hamza Yusuf, co-founder of Zaytuna College, told an audience in 2011. “We have Muslims now eating meat three times a day. … You shouldn’t eat meat more than once a week.”

Yusuf has also spoken on the contradiction between Islamic ethics and the consequences of industrialized meat production — animal abuse, environmental concerns and health issues.

But to truly follow Islamic ethical eating means Muslims must follow veganism by avoiding animal products, too, Ghilan says. According to Islamic law, animals are only halal if they are uninjured and healthy before being killed. The animal’s throat must be cut in a single swipe by a sharp knife, and blood must be drained from the carcass.

Ghilan argues these rules trap Muslims in a “halal bubble,” where they believe eating halal covers all their bases as far as animal rights. Slaughtering one’s meat in a more humane way doesn’t negate our high levels of meat consumption, he said. And either way, Muslims are contributing to the non-halal slaughter by consuming dairy and other animal derivatives. 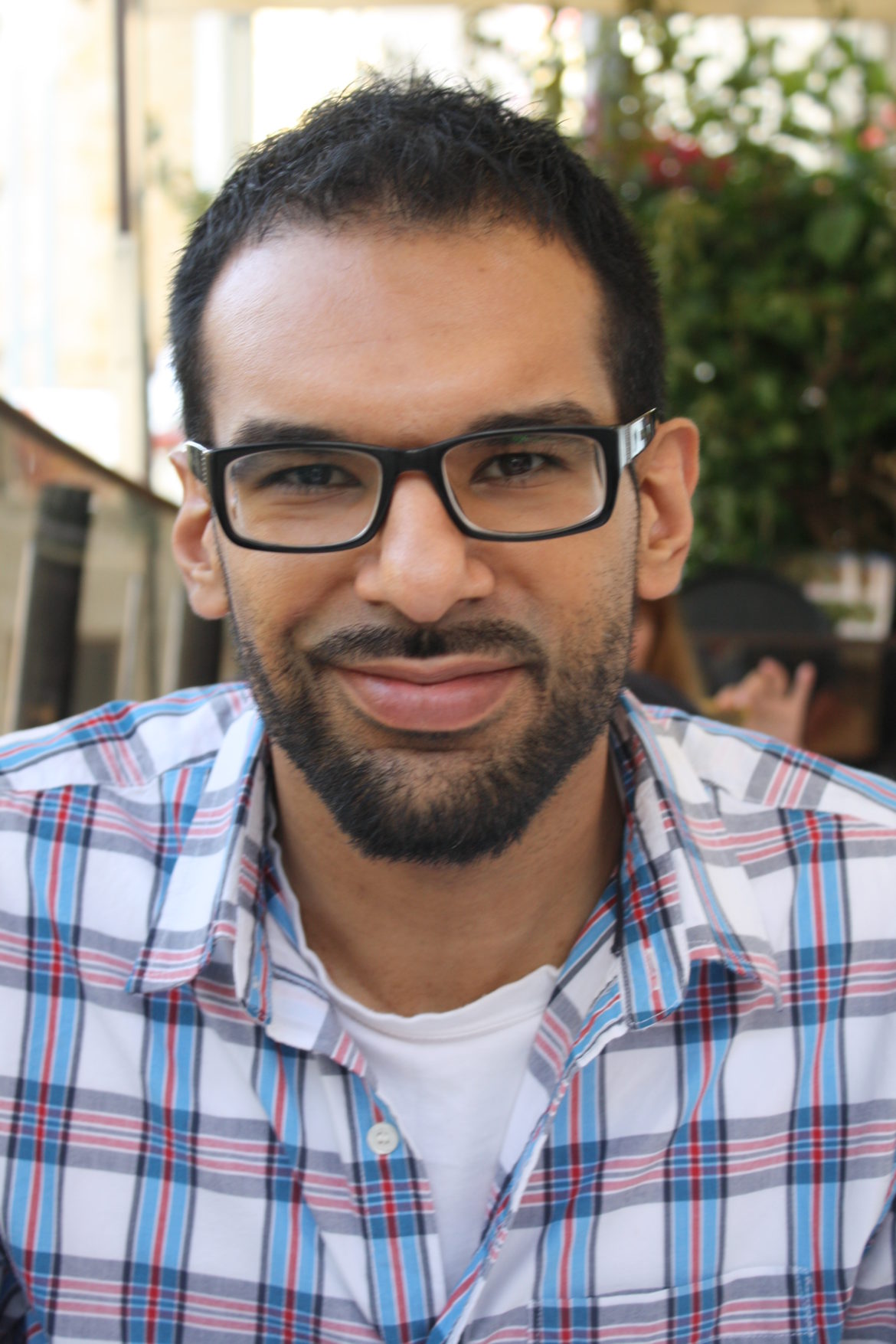 “Muslims think that we’re not contributing to the industrial farming practices with our halal slaughter,” Ghilan said. “But the milk you’re drinking is probably produced by a cow that will live for a quarter of its natural lifespan because of the abuse it faces. Sure, I can’t say that it’s haram to drink that milk. But there’s a bigger picture.”

Most Muslim leaders agree that animal rights are integral to Islam.

“But that doesn’t mean that we shouldn’t benefit from whatever we need on this planet,” Imam Ahmad said, pointing to research on pain receptors in plants. “If there’s something ethically wrong with eating another living thing, then we shouldn’t even eat plants.”

For Ghilan, avoiding meat doesn’t mean he rejects the Islamic belief that God subjugated animals for humans’ benefit. And it doesn’t mean that Eid al-Adha is any less meaningful for him.

“The narrations about the prophet relating his concern for animals and interactions he had with them are now striking me at a deeper level,” Ghilan said. “For the first time since I was a child I now actually feel the weight of the sacrifice.”