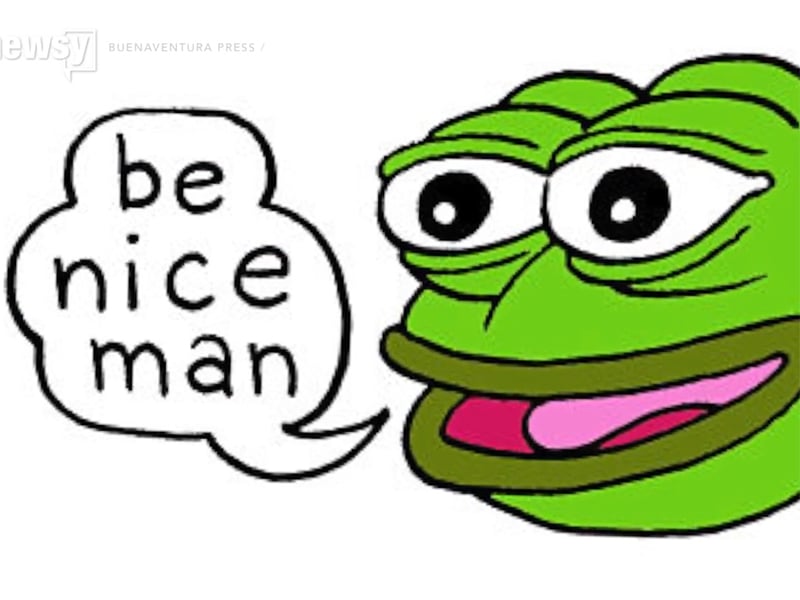 Yet that is what happened to Pepe the Frog, a humble though popular comic book character, when he was kissed by the alt-right and turned into an anti-Semitic and anti-black internet meme. The Anti-Defamation League, a hate-watch group, added Pepe to its list of approximately 150 hate symbols in September.

Now, the ADL has announced a new social media campaign designed to turn Pepe, created by artist Matt Furie, back to the "sad frog-dude" Furie intended him to be.

“Pepe was never intended to be used as a symbol of hate,” Jonathan A. Greenblatt, the ADL's leader, said in a press release announcing the campaign. “The sad frog was meant to be just that, a sad frog. We are going to work with Matt and his community of artists reclaim Pepe so that he might be used as a force for good, or at the very least to help educate people about the dangers of prejudice and bigotry.”

Furie will create a series of positive Pepe-themed memes for social media that the ADL will promote with the hashtag #SavePepe. This is the first time the ADL has worked to rehabilitate a hate symbol.

"Before he got wrapped up in politics, Pepe was an inside-joke and a symbol for feeling sad or feeling good and many things in between," Furie wrote in Time recently. "I understand that it’s out of my control, but in the end, Pepe is whatever you say he is, and I, the creator, say that Pepe is love."

Pepe has been used on social media by presidential candidate Donald Trump and his son, Donald Trump Jr., who depicted the green frog as one of the "Deplorables," a reference to a comment by Hillary Clinton about Trump voters. Pepe has been altered in the darker regions of the internet to feature a Hitler mustache, a swastika and various anti-Semitic and African-American stereotypes.