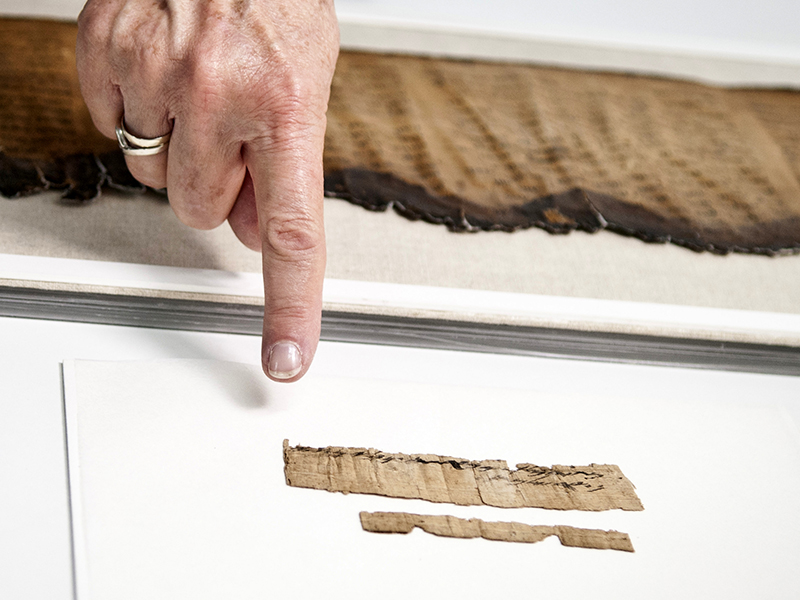 JERUSALEM (RNS) Israeli archaeologists have unveiled the earliest known nonbiblical Hebrew-language reference to Jerusalem, dating back to the time of the First Temple in the seventh century B.C.

The reference, part of a wine-shipping order, was written in ancient Hebrew on a small piece of papyrus.

It reads: “From the king’s maidservant, from Na’arat, jars of wine, to Jerusalem.”

Plundered from a cave in the Judean Desert (in what is today the West Bank) by antiquities robbers, the papyrus was recovered by the Israel Antiquities Authority’s robbery prevention unit, dated and analyzed.

The papyrus, or scroll, like the Dead Sea Scrolls found nearby decades ago, was preserved thanks to the Judean Desert’s extremely dry climate. 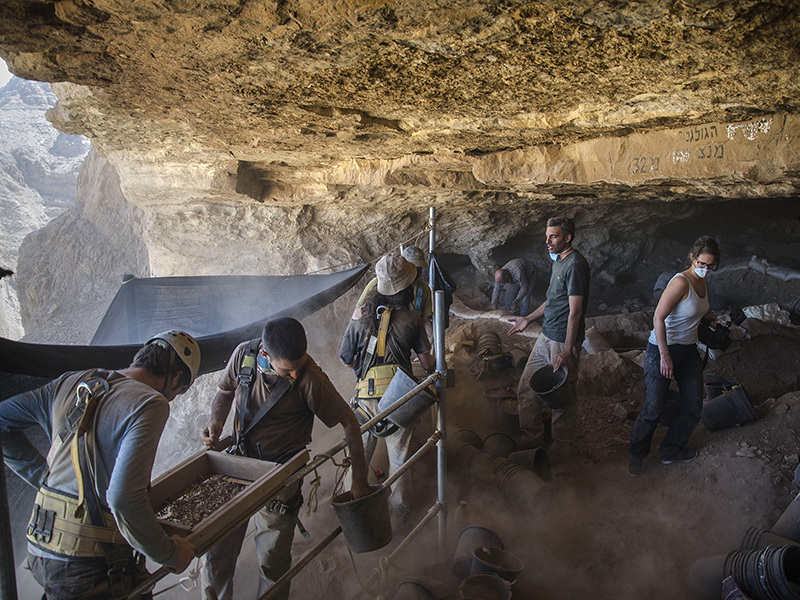 “The document represents extremely rare evidence of the existence of an organized administration in the Kingdom of Judah,” said Eitan Klein, deputy director of the robbery prevention unit. “It underscores the centrality of Jerusalem as the economic capital of the kingdom in the second half of the seventh century B.C.”

Klein said that according to the Hebrew Bible, any one of three kings could have been the wine’s intended recipient.

Some Israeli politicians seized on the papyrus discovery, calling it ironic that at a time when archaeologists are finding artifacts made by Jews nearly 3,000 years ago in Jerusalem and other places in the ancient land of Israel, the United Nations’ world heritage organization, UNESCO, has ratified two resolutions referring to the Temple Mount — the holiest site in Judaism and the third holiest in Islam — solely by its Arabic name, with no mention of Jewish and Christian religious or historical ties.

Miri Regev, Israel’s minister of culture and sport, called the papyrus “further tangible evidence” that Jerusalem “was and will remain the eternal capital of the Jewish people.”

“The Temple Mount, the very heart of Jerusalem and Israel, will remain the holiest place for the Jewish people, even if UNESCO ratifies the false and unfortunate decision another 10 times,” Regev said.

News
Religion plays a role in the renewed conflict in Israel, but it may not be what you think

Opinion
Don’t shoot at Jerusalem’s Palestinians. Talk to them.