WASHINGTON (RNS) The City Council in the nation’s capital has overwhelmingly voted for a bill that would allow terminally ill people a medically assisted death.

That makes Washington, D.C., the sixth jurisdiction nationwide to approve what opponents often call “physician-assisted suicide.” The bill would legalize it for those who have six months or less to live, who do not suffer from depression and who request the option several times.

Council member Mary Cheh. Photo courtesy of Council of the District of Columbia

“It allows someone who is on death’s doorstep the option to choose a peaceful death,” council member Mary Cheh, the sponsor of the bill, said just before the Tuesday (Nov. 1) vote.

“To deny it to those who competently choose it is simply to prolong the process of death, to prolong suffering, to rob a person of autonomy, and in some cases to simply impose one’s own moral or religious choice on another person,” she said.

The council passed the measure 11-2 on a voice vote, with dissenters asking that their names be recorded.

The debate leading up to the vote delved into a topic of profound moral disagreement throughout America. Many religious groups that believe death should rest only in God’s hands consider the practice sinful.

Opponents also fear that elderly, disabled and poor people could be pressured into agreeing to their own premature deaths.

Some African-Americans in what was until recently a majority-black city argued in the months before the vote that poor and elderly blacks in this quickly gentrifying town are particularly vulnerable to such abuses.

But several African-American members of the council, speaking before they cast votes in favor of  the “Death With Dignity Act,” drew upon personal experience.

Council member Kenyan McDuffie. Photo courtesy of Council of the District of Columbia

“My family had to watch him suffer,” council member Kenyan McDuffie, choking back tears, said of the death of his father. “I wouldn’t wish that on anybody else.”

He called his decision “my toughest vote in four and a half years in this body.”

Council member Yvette Alexander, who voted “no” on the bill, said she put aside religious or moral objections in her deliberations. “That is subjective and it means different things to different people.”

Rather, she said, she feared that physician-assisted dying could not be properly monitored and that it would foster mistrust between the medical community and residents.

She suggested before the vote that the council was not the proper place to decide the question.

“Given the nature of this bill, being a literal life-or-death issue, I believe this is a matter that is best left to the decision of the residents of the District of Columbia by adding it as a referendum on the ballot,” Alexander said, noting that the state statute on which the Washington, D.C., measure is modeled — Oregon’s — was approved by referendum.

Cheh said no matter how heartfelt or oft-repeated the fears of abuse, the evidence for such concerns is baseless.

The D.C. council is expected to take a final vote on the measure during the next few weeks. Mayor Muriel Bowser has said she expects it to become law.

In addition to Oregon, physician-assisted death is legal in four other states: California, Washington, Vermont and Montana. 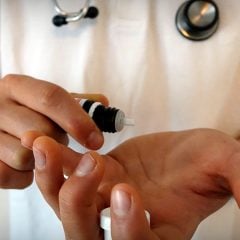 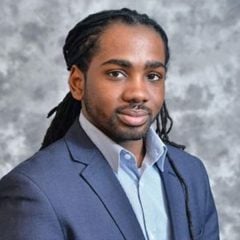 Election
Muslim voters don’t show up in the exit polls – yet
Follow us on Facebook!
Submit your photos to RNS