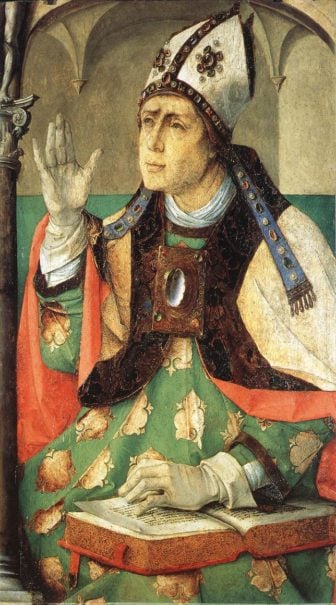 (RNS) In the summer of 430, the great Christian writer and bishop Augustine of Hippo lay dying as barbarians besieged his North African city – basically a mop-up operation in the slow-motion fall of the Roman Empire.

Today, in the fall of the year 2016, a lot of Christians can relate.

For conservative believers in particular, Hillary Clinton represents a corrupt and imperious establishment and her election would only advance America’s moral decay and make the nation’s decline inevitable. Donald Trump, on the other hand, is seen as a modern-day version of the Vandals, a barbarian at the gates of a once great nation whose election is backed by many of the same Christians who should be opposing such a man.

Given such an apocalyptic prospect, it’s no wonder so many are pointing to the life and writings of St. Augustine for consolation, most notably his treatise “The City of God,” which sought to make theological sense of the barbarian sack of Rome 20 years before his own death in Hippo.

“Now is a good time to re-read your Augustine,” tweeted Ryan Anderson, a Catholic writer on politics and culture and a fellow at the conservative Heritage Foundation.

“Rome fell. America might. Augustine helps us understand and respond.”

Then again, just what Augustine was saying in “The City of God” and how that relates to today’s America isn’t as clear as we might think.

One common view, for instance, is that Augustine’s contrast between the Earthly City, or the City of Man, and the heavenly City of God is a signal to the faithful to abandon hope for an inherently fallen world — and in particular the mess of politics — and elevate one’s gaze to the ultimate triumph of the divine order.

Caught between the self-defeating moral rot of the established order and the brutality and chaos of an uncivilized horde, that thinking goes, a Christian has little choice but to retreat to the sanctuary and pray.

Yet religious leaders and Augustine scholars say that interpretation isn’t quite accurate, and they insist that the saint, even in the midst of the collapsing culture around him, was offering a more complex and practical counsel — and one that’s more relevant to the present circumstance.

“Christians are not of the world, but we’re most definitely in it,” Philadelphia Archbishop Charles Chaput said in a lecture at the University of Notre Dame in September. 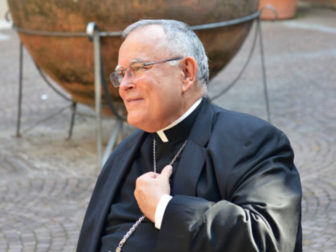 Archbishop Charles J. Chaput, during the Festival of Families announcement at the Pontifical North American College in Rome on June 23, 2015. Photo courtesy of Chris Warde-Jones, Archdiocese of Philadelphia

“Augustine would say that our home is the City of God, but we get there by passing through the City of Man,” said Chaput, a prominent conservative who has blasted both Clinton and Trump. “While we’re on the road, we have a duty to leave the world better than we found it. One of the ways we do that, however imperfectly, is through politics.”

In an essay last March, Russell Moore, a prominent Southern Baptist leader who opposes both Trump and Clinton, made a similar point about not bailing on the society we have, no matter how dire the situation: “We need what Augustine calls the ‘ordered harmony’ of the temporal order,” Moore wrote.

Augustine, he continued, “doesn’t celebrate the rise of the barbarians, nor does he shrug off the instability and terror around him. The city of God, while she sojourns as a pilgrim band in this present age, is concerned with earthly peace and flourishing.”

Christian history is filled with examples of the competing impulses to either engage with the world or retreat from it — and even before this campaign various Christian writers and thinkers had been debating whether it was time to withdraw from society to some extent.

The most notable and articulated expression of that idea is found in Orthodox convert and writer Rod Dreher’s “Benedict Option,” a proposal (soon to be a book) that faithful believers start to model themselves on small, intentional communities like those established in the sixth century by St. Benedict, considered the founder of Western monasticism.

Caught between the self-defeating moral rot of the established order and the brutality and chaos of an uncivilized horde, the thinking goes, a Christian has little choice but to retreat to the sanctuary and pray.

But experts say that Augustine is no Benedict.

“Augustine’s ‘City of God’ is not about hunkering down. It’s about being a public presence in every city,” said Chad Pecknold, a Catholic University of America theologian and commentator on religion and politics who is writing a book called “Augustine’s City.”

“The realism of Augustine is always something I think a lot of people miss,” Pecknold said. “He’s actually very realistic about the earthly city as a place of compromise, about the agreement of goods held in common. He’s even realistic about politics being about things of conscience and the discernment of the eternal law.”

Part of the challenge in parsing Augustine is that he was such a prolific writer and homilist (and such a remarkable number of his works have survived from antiquity), and his life was so long, rich and well-documented that it’s easy to find a passage or interpretation to support various points of view on a range of topics.

Catholics, for example, have long revered Augustine’s theology and philosophy, while many Protestants, following on Martin Luther, love to highlight Augustine’s ideas on original sin and the sufficiency of God’s grace.

The saint’s memoir of conversion, the “Confessions,” is also a classic that has inspired countless pilgrims and has been invoked in unexpected ways. 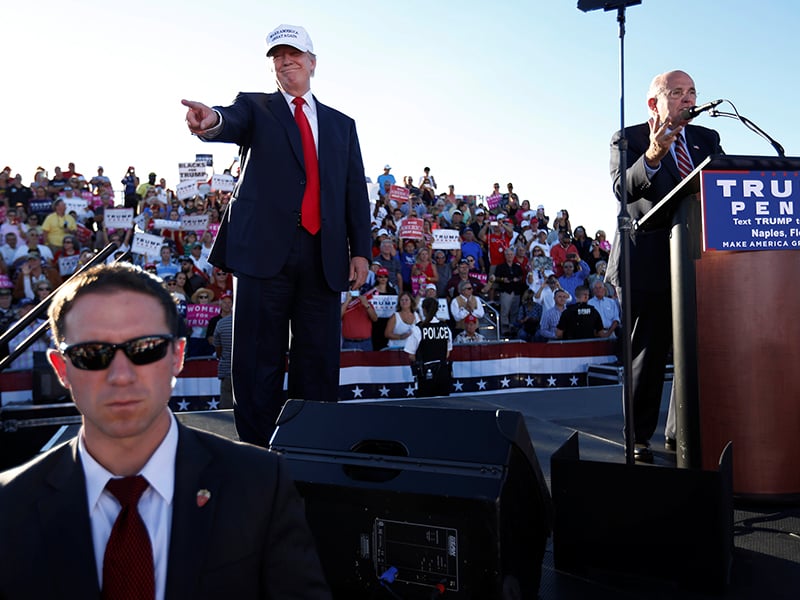 Trump surrogate Rudy Giuliani, for example, recently compared the Republican nominee — whose tales of sexual escapades have been lowlights of this campaign — to the Augustine of the “Confessions.” “The reality is men can change, people can change,” Giuliani said. “Sometimes going through things like this makes you a much better person.”

In the political realm, Augustine’s “City of God” has been used both to legitimize secular regimes — if they happened to be medieval kingdoms led by Christian monarchs — and to sanctify a strict separation of altar and throne. Today there are those who argue Augustine would have supported the British vote to leave the European Union — and those who say he would have opposed the Brexit referendum.

Officially titled “De Civitate Dei contra Paganos,” or “The City of God against the Pagans,” the treatise is composed of 22 books and it covers a range of issues, from the mystery of suffering and evil in the world to the rise and fall of civilizations in the sweep of history.

The first half is essentially a critique of Roman culture and polytheism and a defense against those who said that the rise of Christianity was somehow to blame for the fall of the Eternal City.

The second half then goes on to talk about the relationship between the two cities, the secular and the godly. But if Augustine was dismantling the pagan notion that the earthly city was the great and good end of human activity, he was not arguing that Christians should just fold their tents.

Rather, as Pecknold explained, Augustine was saying “you need citizens of a higher city, pilgrim citizens who obey the laws of the earthly city but also see that these laws are ordered to transcendent ends. … It is that dual citizenship that really makes cities flourish.”

Pecknold, who says he will not vote for Trump or Clinton, says that for him the main concern is not the candidates themselves but the fact that so many Americans are supporting one or the other.

Augustine was pointing out that the moral health of a citizenry contributed to the city’s fate, he said, so Americans today need to look at themselves and consider Augustine’s “portrait of what a calm, cool, collected and critical Christian should be.”

Augustine, Pecknold added, would not be as focused on the religious bona fides of a candidate.

“Augustine is more interested in having a just king than a Christian king,” he said.