(RNS) For 11 days in August, Ruhiyeh Thabet al-Sakkaf and Nafheh Sanai al-Sakkaf say they were forced to share a jacket and a damp cell at Yemen’s National Security Bureau after armed officers stormed a multifaith youth event the sisters-in-law were facilitating and arrested 65 men, women and children.

“They raided us how they would raid a terrorist cell, with masked gunmen shouting, ‘Quiet! Sit down! Nobody move!’” Ruhiyeh said. 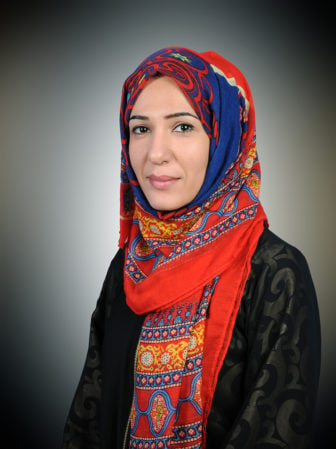 Ruhiyeh and Nafheh are members of the Baha’i Faith, which emphasizes peace, spiritual unity and service. Previous Yemeni regimes have been suspicious of the few thousand Baha’is who live in the overwhelmingly Muslim country.

Now, with conflicts raging across the region, members of the minority faith are facing new levels of discrimination and persecution from the Houthis, an Islamist group that rose to prominence after seizing control of Yemen’s northwest in 2014.

Ruhiyeh says that as a condition of their release, the young girls — most of them Muslim — who attended the event in early August were forced to sign pledges stating they would not communicate with Baha’is or engage in any Baha’i-inspired social work.

Nafheh and Ruhiyeh signed similar pledges about social work when they were released, with an added clause that they would only practice their religion at home.

“My faith is a pledge to God that I must serve my fellow citizens and my country. It’s a belief thing,” Ruhiyeh says she told a guard, to no avail.

The women initially agreed not to speak to international media, in exchange for a pledge the authorities failed to keep. “We promised to keep quiet, and they promised to release our husbands,” Nafheh said. “Three weeks after our release, the officers threatened to throw us back in prison, and our husbands were still in jail. That’s when we decided to break our silence.”

Ruhiyeh’s husband, Nadim al-Sakkaf, is the British Council’s country manager in Yemen. He and his brother Nader, who is Nafheh’s husband, were detained from Aug. 10 until their unexpected release Sunday (Nov. 27). Their friend Keyvan Qadari remains in custody.

The three Baha’i men faced charges of relaying information to Israel (where the international governing council of the Baha’i Faith is centered, and where a shrine to its leader, the Baha’u’llah, is based), converting people to the Baha’i Faith and acting as spies for foreign countries. 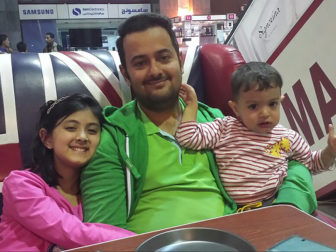 Nader al-Sakkaf with his two children before the arrest in August. Photo by Nafheh Sanai al-Sakkaf

With the Houthi slogan, “God is great, Death to America, Death to Israel, Curse on the Jews, Victory for Islam,” emblazoned on flags and walls across Sanaa, the Yemeni capital, the threatened charges are serious but completely baseless, their wives say.

International observers agree. In a statement published Nov. 23, Amnesty International referred to the men as arbitrarily detained prisoners of conscience.

Ruhiyeh recalls the agony of not being allowed to contact her children or the outside world in those first few days of imprisonment.

“We didn’t know our husbands were in prison until our fourth day there when my sister-in-law went to bathroom and came back crying, saying she had seen my husband blindfolded and cuffed,” Ruhiyeh said. “We thought they were outside at home with our children. We had not been allowed to call our family to tell them where we were.”

Nafheh says she suffered an emotional breakdown and was released after 11 days to care for her young children. Ruhiyeh was released 16 days later after a heavy airstrike disrupted operations at the National Security Bureau, where she was being detained. Sometime in the weeks thereafter the three men were moved to Sanaa’s Political Security Office, where Qadari remains.

While in custody, Ruhiyeh’s Excellence Foundation for Social Development was ransacked and the extended family’s homes were raided.

Ruhiyeh and Nafheh say fears about Baha’is stem from a complete misunderstanding of the faith.

“They think Baha’is are spies of Israel and America, that we’re collaborating with Israel and trying to make people convert to our faith. That’s completely false,” Ruhiyeh said.

The Bahai’ Faith originated in the 19th century in Iran, where an estimated 300,000 Bahai’s still live and suffer intense discrimination.

Both women say the Aug. 10 youth event, where Baha’is were a minority, focused on empowering youth to serve their communities.

“The whole training focused on education, peace, unity and accepting everyone who lives in the country despite our different beliefs,” Ruhiyeh said. “We wanted to encourage the youth not to leave, to invest their energies developing the country and bring prosperity in this difficult time the country is going through.”

With their careers on hold — Ruhiyeh’s as a condition of her release and because of the raid on her foundation, and Nafheh’s job as an English teacher gone amid Yemen’s ongoing conflicts and insecurity — the women shifted their focus to securing the release of their husbands and ensuring their faith community’s constitutionally guaranteed right to religious freedom.

“When we meet with National Security heads and the leadership of Ansar Allah (the Houthi religious and political group controlling much of the region), we don’t talk about religious minorities. We talk about citizens’ rights for all. We are Yemenis before we are Baha’is,” Ruhiyeh said several days before the release of her husband and brother-in-law.

The women have also met with Amnesty International and Human Rights Watch.

“They are impressive in terms of their advocacy for their husbands and their faith,” said Human Rights Watch’s Yemen and Kuwait researcher Kristine Beckerle. “It sounds like the situation really is quite tied to their religious beliefs: all of these informal negotiations, the women being threatened, making pledges they should not be forced to make.”

Ruhiyeh’s and Nafheh’s relentless advocacy over the past few months has often been met with threats to throw them back in jail.

“It’s so unpredictable. We don’t know what’s happening,” Ruhiyeh said. “I don’t know if we’ll be called in and arrested again. Every day, when I leave the house, I wear clothes to prepare myself for the fact that I could be arrested again at any second.”

Buoyed and guided by their faith, Ruhiyeh and Nafheh manage to persevere. 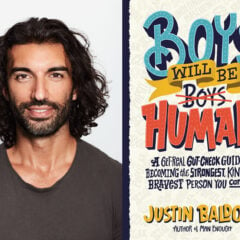