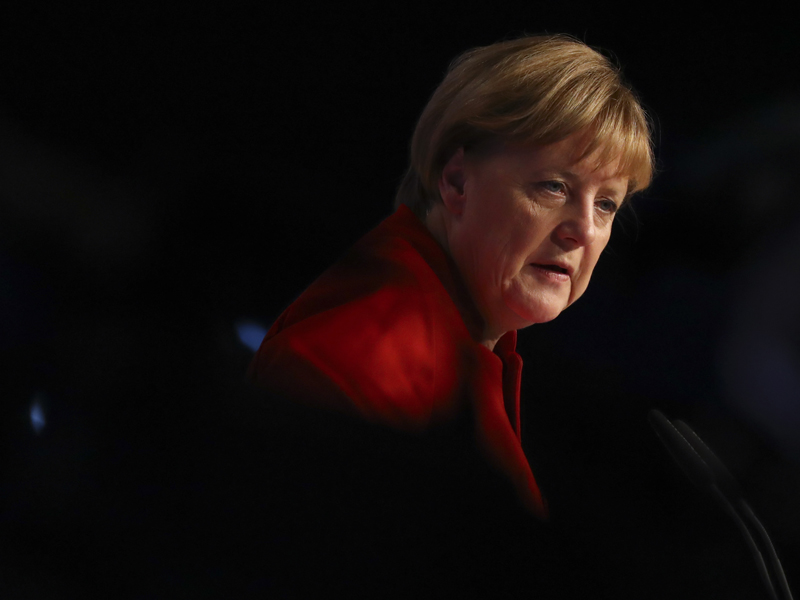 BERLIN (USA Today)  German Chancellor Angela Merkel called for a countrywide ban on face-covering veils such as burqas worn by some Muslim women, as she made a pitch for her fourth term in next year's elections.

Speaking Tuesday (Dec. 6) at a conference of her conservative Christian Democratic Union party, Merkel said she would support the ban "wherever possible." She also said last year's migrant crisis, which drew about 890,000 refugees to Germany, "must never happen again."

"The full-face veil is not acceptable in our country," she said to party members meeting in Essen. "It should be banned wherever legally possible."

“A situation like the one in the late summer 2015 cannot, should not and must not be repeated," she added.

In August, German Interior Minister Thomas de Maizière proposed a ban on the burqa to apply to schools, government offices and other public places.

In 2011, France and Belgium became the first countries in Europe to ban the garment, using legislation that also includes fines. Last month, Dutch lawmakers voted to ban the veil in public places.

In the 2017 federal elections, Merkel — who was re-elected party leader on Tuesday — will face a test of her policies. Her party has been unhappy about her welcoming stance toward refugees, while the party has seen its public support drop sharply to 41 percent in recent polls.

In state elections this year, including Merkel's home region, support for the anti-immigrant Alternative For Deutschland party has spiked, with the party winning seats in regional parliaments for the first time in Berlin and Mecklenburg-Western Pomerania.

Merkel, as a result, has shifted right, tightening asylum restrictions and spearheading a deal with Turkey this year to deport some refugees arriving from that country.