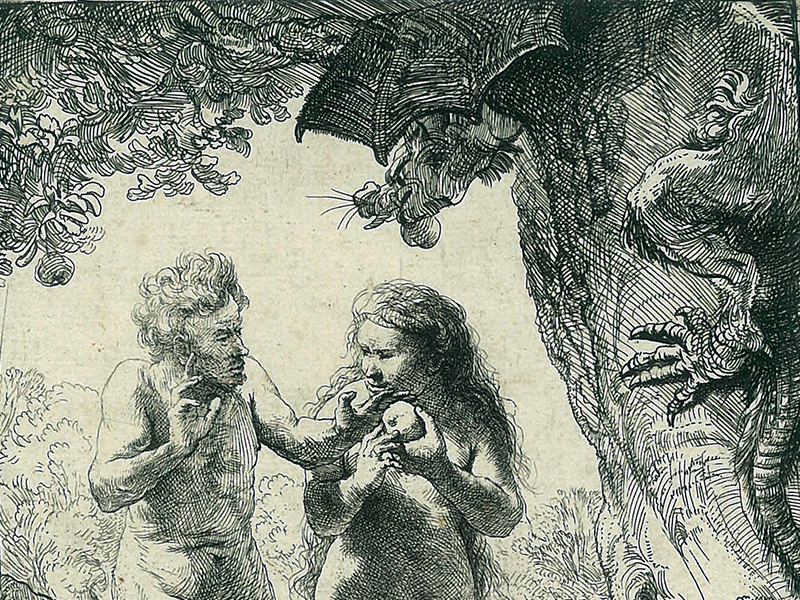 VATICAN CITY (RNS) Visitors expect to see the works of Renaissance artists such as Raphael and Michelangelo in the Vatican Museums, but they may be surprised to find the paintings of Rembrandt, a master more associated with Protestant Europe.

A new exhibit of the Dutch artist's works is a first for the museums, which attract millions to see their treasures each year.

Titled "Rembrandt in the Vatican: Images Between Heaven and Earth,” the show includes 53 artworks from the Zorn Museum in Sweden and the Kremer Collection in the Netherlands.

Organized by the Vatican body responsible for promoting Christian unity and by the Swedish and Dutch embassies, the exhibit opened after Pope Francis’ October visit to Sweden to mark the 500th anniversary of the Protestant Reformation. 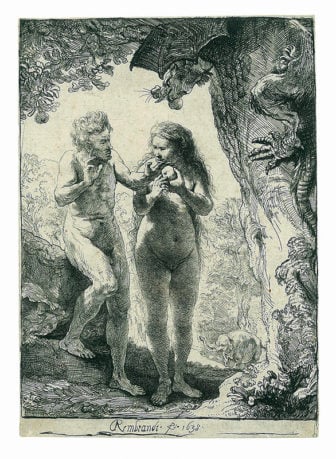 Cardinal Kurt Koch, head of the Pontifical Council for Promoting Christian Unity, said he hopes the exhibition can “strengthen mutual love between Catholics and Lutherans and their commitment to the quest for unity.”

Rembrandt Harmensz van Rijn (1606-1669) is considered an artistic genius because of his mastery of light in both painting and printmaking. The works now on show at the Vatican Museums include many with a religious theme, and which take their inspiration from the Bible.

In his lifetime, the Protestant Reformation, which began in 1517, had spread to the northern Netherlands, where he lived.

Some of his best-known works are biblical scenes such as "The Raising of the Cross" and "Adam and Eve."

As the son of a Protestant father and a Catholic mother, the artist drew on both religions in his work and also addressed the struggles of ordinary people in his work.

“He was exposed to the elementary religious transformations of his era, of growing confessionalism and religious wars in Europe,” Koch said.

“In his paintings he addresses the poverty and helplessness of ordinary people. There is also a shining light to be seen from above that indicates the always stronger divine grace and guidance.” Rembrandt's painting “Bust of an Old Man with a Turban” (1627-28). Image courtesy of the Kremer Collection

"Rembrandt is an artist who is rooted in the Protestant as well as the Catholic environment, so he's an ideal artist,” said Nesselrath. “And of course, he's an artist of that caliber who can actually transmit these ideas.

“There are his most famous prints, like the one of the '100 Florins,' 'Christ Healing the Sick' and the famous ‘Three Crosses.’ These images have a great impact.”

While the exhibit reinforces the pope’s desire to build interfaith relations, Rembrandt’s images also reflect the pontiff’s message of mercy and compassion for the poor.

“Beggars, poor or crippled people appear in the context of particular iconographies like the 'Return of the Prodigal Son,' the 'Healing of the Lame Man at the Gate of the Temple in Jerusalem,'” said Nesselrath. “But Rembrandt makes these people a subject of their own right.”

Alison Brittain, a 21-year-old study-abroad student from Washington state who majored in art, said, “Looking at these, it’s like a whole new world. I feel very lucky.”

The exhibition runs until Feb. 26.

Related Posts
By Amy Klein
What good is faith when your fertility treatments aren't working?
By Claire Giangravé
Seven years later, still no trace of Jesuit priest kidnapped in Syria
By Claire Giangravé
Vatican Museums used to be an overcrowded ‘hell,’ say tour guides. COVID-19 may change that.
By Claire Giangravé
Top Vatican investigator on sex abuse says church must empower victims
By Claire Giangravé
In video, Cardinal Pell details his time in prison before being cleared in abuse case