(RNS) On Wednesday (Dec. 7) the Rev. Nancy Butler of Riverfront Family Church in Hartford died voluntarily. For two years she had been suffering the debilitating effects of Lou Gehrig’s disease even as she continued to pastor the evangelical church she established in 2008 as “theologically open minded, diverse, empowering women and affirming of LGBT people.”

The letter she wrote to her flock last week begins:

I have decided to go off my feeding tube and vent this week and . . . how should I put it . . . die. I knew my suffering would reach this tipping point and caring for me would become impossibly demanding. What I didn’t know was whether or not God would want me to suck it up for some unseen purpose or end my life this way.

I am a little surprised God is confirming this decision. Nice to know He isn’t a sadist. He is oh so tender right now. He tells me my work is done and it’s the right time to come home.

Having a feeding tube removed does not legally count as assisted suicide, but we shouldn’t be fooled by the passive voice. Someone took the tube out, very likely a medical professional. Nancy Butler died of her own will, with assistance.

So did my mother, Bernice, who consulted with her internist before deciding to stop eating and drinking six years ago. She was facing a painful death from peritoneal cancer and chose instead to end her life voluntarily. That was not, technically, assisted suicide either.

Assisted suicide is defined as “knowingly and intentionally providing a person with the knowledge or means or both required to commit suicide, including counseling about lethal doses of drugs, prescribing such lethal doses or supplying the drugs.”

Most Americans have no problem with that, so long as the person is facing a painful terminal disease. Indeed, according to a new study from LifeWay Research, fully two-thirds of them find it morally acceptable. 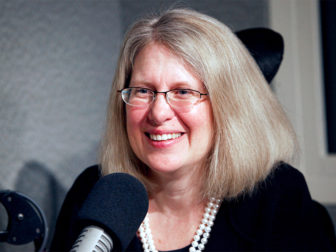 To be sure, a moral distinction can be drawn between providing a person with a lethal drug and withholding or withdrawing treatment or sustenance. But it’s a distinction without a difference, as far as most are concerned.

The moral issue, it seems, is not how death comes about but whether the terminally ill get to choose. The answer, increasingly, is yes. That goes for 70 percent of American Catholics, whose church has worked hard and with some success to prevent state approval of assisted suicide laws.

“The concept of physician-assisted suicide is a major affront to the teachings of the church,” Michael C. Culhane, executive director of the Connecticut Catholic Conference, said last year.

But as a matter of public policy, the argument ought to be prudential. Will terminally ill persons be hustled into the next world without their really wanting to be?

The best empirical evidence we have in the U.S. comes from Oregon, where assisted suicide became legal in 1998. Since then, the annual number of legally sanctioned suicides has risen from 16 to 132, with a doubling since 2010.

That’s under four percent of Oregonians who died last year. Of them, 72 percent were dying of malignant cancers and 6 percent had Lou Gehrig’s disease, or amyotrophic lateral sclerosis — as has been the case throughout the history of assisted suicide in the state.

I know that my mother chose what she wanted, and I’m confident that Nancy Butler did too. I’m with most other Americans in not wanting to stand in the way of those terminally ill persons who choose to do the same by way of lethal prescription. I cannot speak for God.

(Mark Silk is professor of religion in public life at Trinity College and director of the college’s Leonard E. Greenberg Center for the Study of Religion in Public Life. He writes the Spiritual Politics column for RNS) 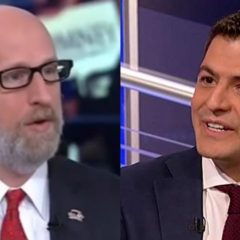 News
The down-ballot issues people of faith were watching

Beliefs
Catholic nursing home in Belgium fined for refusing euthanasia request
Follow us on Facebook!
Submit your photos to RNS