PARIS (RNS) The French delight in exceptions to the rule, until one comes along that they don’t like.

One such case has emerged in Alsace, where a Catholic priest has been elected president of the state-run University of Strasbourg. 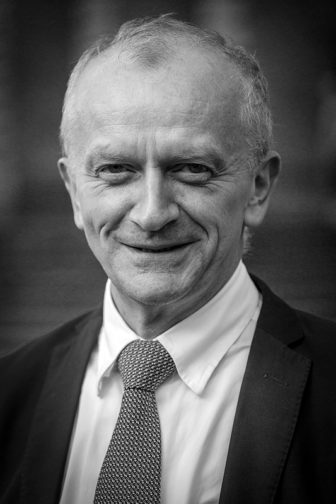 Michel Deneken, photographed on May 26, 2016, has worked at the University of Strasbourg since 2001 in Strasbourg, France. Photo courtesy of Claude Truong-Ngoc via Wikimedia Commons

Michel Deneken, 59, headed the university’s Catholic theology faculty from 2001 to 2009 and was then first vice president of the university before being elected by a wide majority last week to preside over one of the country’s leading centers of higher learning.

His appointment has stirred up a storm of controversy.

Six professors signed an open letter warning that Deneken’s election could increase religious tensions in France and seriously tarnish the reputation of Strasbourg’s university, which has four Nobel Prize-winning scientists on its faculty, because of his “close ties to religious authorities.”

And the Union of Communist Students declared: “The Vatican has seized power at the University of Strasbourg!”

It asked what effect his appointment would have on research in gender theory, certain biomedical experiments and other issues the Catholic Church disapproves of.

Almost anywhere else in France, a theologian could not have even been hired as a lecturer, much less rise to become a university president, because the country’s official separation of church and state bars the teaching of theology in public education.

This church-state separation, enshrined in law in 1905 and known as laïcité, banished religion from the public service — including state-run education — in traditionally Catholic France.

This principle of strict neutrality has long had wide support, and it has become increasingly part of the political debate in recent years as some Muslims have pressured the state to make accommodations for Islam. This made international headlines last summer when resort towns banned head-to-toe “burkini” bathing suits as a violation of laïcité. With presidential and parliamentary elections coming up next year, more of these disputes can be expected.

But there is a major exception to laïcité in Alsace and Moselle, the mixed French-German border area that belonged to Germany when the 1905 law was passed.

After France recovered the area following World War I, local authorities balked at adopting the church-state separation law and won court approval for their regional exception.

That meant the two universities in the area, in Strasbourg and Metz, kept their German-style Catholic and Protestant theology departments where both future clergy and lay students study.

That this has been legal for almost a century didn’t stop secularist critics but it came out of the blue not only for Deneken, but also for his peers.

“We didn’t even know until now that he was a priest,” said Jean-Loup Salzmann, head of the Conference of University Presidents, adding this was a good sign that Deneken was indeed neutral in his work.

The new university president wears civilian clothes, like many French priests, and does not use the cross-shaped lapel pin most priests display on their jackets to indicate their status.

Ordained in 1985, he has spent most of his career in academia. His research has focused on the history of Catholic dogma, 19th-century German theology and the ecumenical movement.

“It was like a smack in the face,” Deneken said of the campaign against him, noting he was the university’s vice president for years and became its acting president after his predecessor was named to a government post in September. “It never caused any problem before.”

Deneken says laïcité means the state remains neutral in religious questions and he has never let his faith determine his decisions as a university administrator.

“But many people interpret laïcité as a policy of neutralization, so religions must be banned from the public sphere,” he said, adding this aggressive suspicion of all faiths amounted to a narrow interpretation of the law.

Under French law, which reflects the anti-clerical struggles of the late 19th century, a priest is not allowed to teach in state-run primary or secondary schools. But it does not ban them from higher education, so a priest could teach any secular topic at any French university as long as he remains neutral in his teaching.

But these restrictions don’t apply in Alsace and Moselle, so his critics looked for other arguments to try to block him.

The Union of Secular Families, a pressure group that campaigns for strict neutrality in public education, argued that his appointment was illegal under French law because he did not have a valid university diploma and was therefore not actually qualified to be a university professor.

That argument is a red herring since the fact that state universities in the rest of France don’t grant theology degrees does not change the validity of those granted in Alsace and Moselle. Dekenen earned a doctorate in Catholic theology at Strasbourg’s university in 1986.

One person who didn’t use Deneken’s status against him was his rival for the university presidency, political science professor Hélène Michel.

“We didn’t address that question as such in the campaign, but focused on policies for the university,” she said. “But we were asked about it in several public meetings.”

When the professors and student leaders on the university’s Council of Administration voted on Dec. 13, Deneken won easily with 26 votes against 9 for Michel and one abstention. 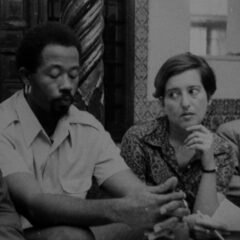 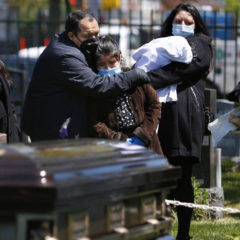 News
Young priest loses mentor, then his father — both to virus 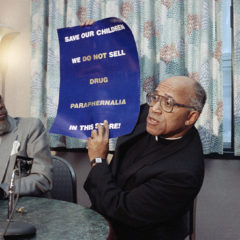 News
Supreme Court determines cross on Maryland highway can stay
Follow us on Facebook!
Submit your photos to RNS