(RNS) When Christmas falls on a Sunday, as it does this year, it’s a blessing in the eyes of the Rev. Walter Kim.

“We are not only celebrating the birth of Jesus on Christmas Day but we’re also celebrating his death and resurrection, which is why we have worship services on Sunday,” he said of his Park Street Church in Boston.

But Christmas on a Sunday can also present a conundrum as pastors try to balance parishioners’ sacred religious observance at church with family time in the home. And ministers’ own families are part of the challenge. The last time Christmas fell on a Sunday, in 2011, some pastors’ kids took to Twitter about the situation, with one using the hashtag “#dadsapastor” and noting “I love waiting until 11 to open presents.”

Though most churches opt to hold Sunday services on Christmas, there are a myriad of ways that churches and pastors handle a Christmas Sunday. 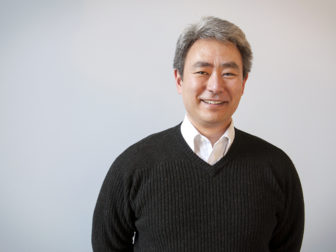 Kim’s church, which also will have three Christmas Eve services, reflects what seems to be the norm: Churches, which often hold worship on Sunday, will continue the tradition when that Sunday also is Christmas Day. But other congregations, sometimes small and often very large, have opted to close that day and let the faithful focus on family.

The leaders of Elmbrook Church, a nondenominational megachurch in Brookfield, Wis., for example, were mindful of its corps of 500 volunteers — including parking lot attendants, greeters and coffee makers — when they decided to have extended Christmas Eve services from Thursday through Saturday and no service on Christmas Day.

Brodie Swanson, Elmbrook’s executive pastor, said the church will emphasize the birth of Jesus in the days ahead of Christmas and allow those volunteers to have the freedom “to spend that special morning” at home. 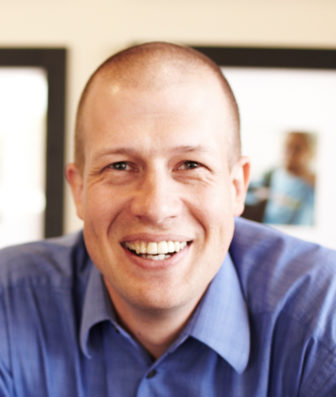 “There’s a lot of people behind the scenes that really help this place run on a weekend and so we want to make sure we’re considering everybody,” he said.

North Point Community Church in Alpharetta, Ga., is another megachurch that is holding extended Christmas Eve services, with some on Friday and some on Saturday, but no Christmas Sunday service.

That church, and others like it, was criticized by the Pulpit and Pen blog, which said: “To skip it on the day when believers normally gather seems particularly callous to our Lord.”

Kim said he doesn’t want to judge clergy who will keep their doors closed this Christmas, but he said there’s more than one kind of family to consider on the holy day.

“On the one hand, some may argue that this is competing with family time when we think of it in terms of physical family,” said Kim, whose church is affiliated with the Conservative Congregational Christian Conference. “But when we think about our spiritual family this is actually the perfect occasion to maintain the Christmas spirit by celebrating it with our spiritual family.” 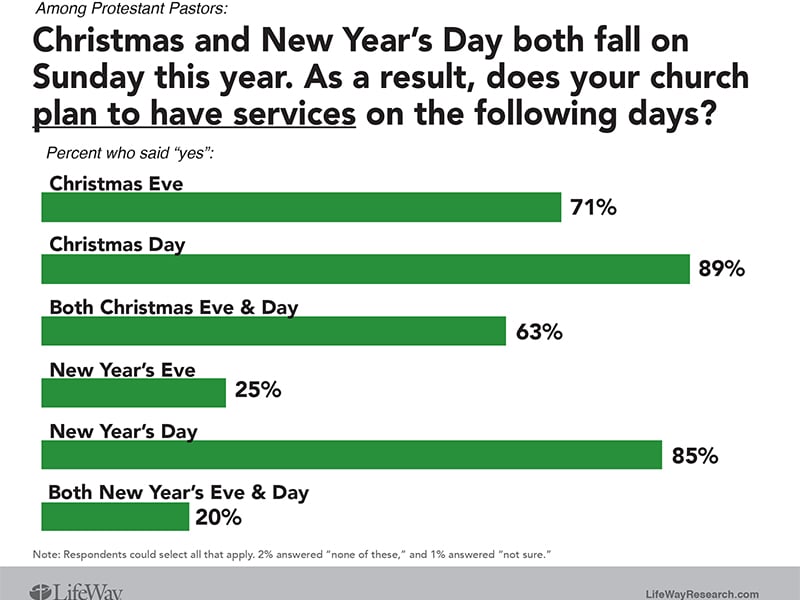 A survey of 1,000 Protestant pastors by LifeWay Research found that churches keeping their doors closed on Christmas Sunday are in the minority. (Catholics, who were not included in the survey, generally gather for midnight Mass as Christmas begins or Christmas morning, no matter which day it occurs.)

Almost 9 out of 10 pastors said they will be holding worship services on Christmas Day this year, while 71 percent plan Christmas Eve services. Nearly two-thirds will be worshipping on both days.

Philip Nation, the new senior pastor of First Baptist Church of Bradenton, Fla., conducted his own, nonscientific study of pastors on Twitter in the fall as he mulled what he should do on his first Christmas with the Southern Baptist congregation.

Responses to Nation, who also is an assistant professor at Houston Baptist University, ranged from plans for casual services with a cappella Christmas carols to a church “going all in” on Christmas Eve and holding no Sunday morning service. One church planned identical services for the two days and encouraged people to attend one and spend the other day with family. Another said it opted for just a Friday night service: “We want our folks to be with their families.”

Nation said he was juggling the questions of family versus faith not only for congregants and volunteers but for his staffers, who have young children.

“I’m pulling you away from your kids and they’re going to have this memory lodged in their mind of the Christmas that Dad seemed to be absent,” was part of his thinking.

Tim Stevens of Vanderbloemen Search Group, a Houston-based executive search firm for churches and ministries, said he has discussed with pastors the dilemmas and opportunities that come with these Christmas Day services that occur only once in a while.

“I know many leaders say they can’t afford to cancel Sunday services,” he said, noting they tell him: “Our people won’t give their offerings if we aren’t meeting.”

In an effort to keep families together in the pews and reduce the work of volunteers, some churches that will be open on Christmas Day are offering no Sunday school and limited or no child care.

Nation pointed out that it can, nevertheless, turn into a marathon day for some churchgoing families who forgo staying in their pajamas all morning. 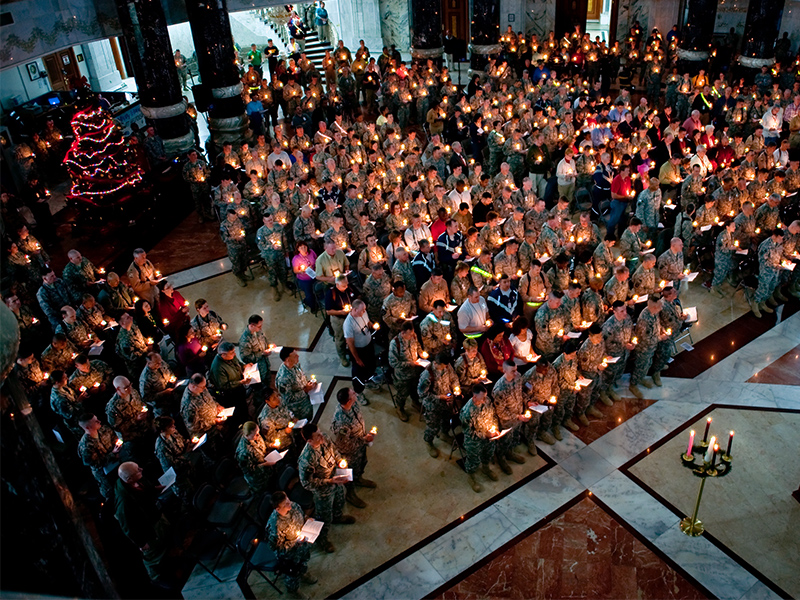 “It will be interesting to see how many families with young kids decide to make the transition from the early morning rising that kids go through to find out what’s under the Christmas tree to the transition of ‘Everybody get dressed up; it’s time to go to church,’” he said. “And then knowing that they’ve got to bust out as soon as the last note is hit on the service so that they can get to grandma’s house for lunch.”

Not a typical Sunday, by any means: “So much for a day of rest,” he said.