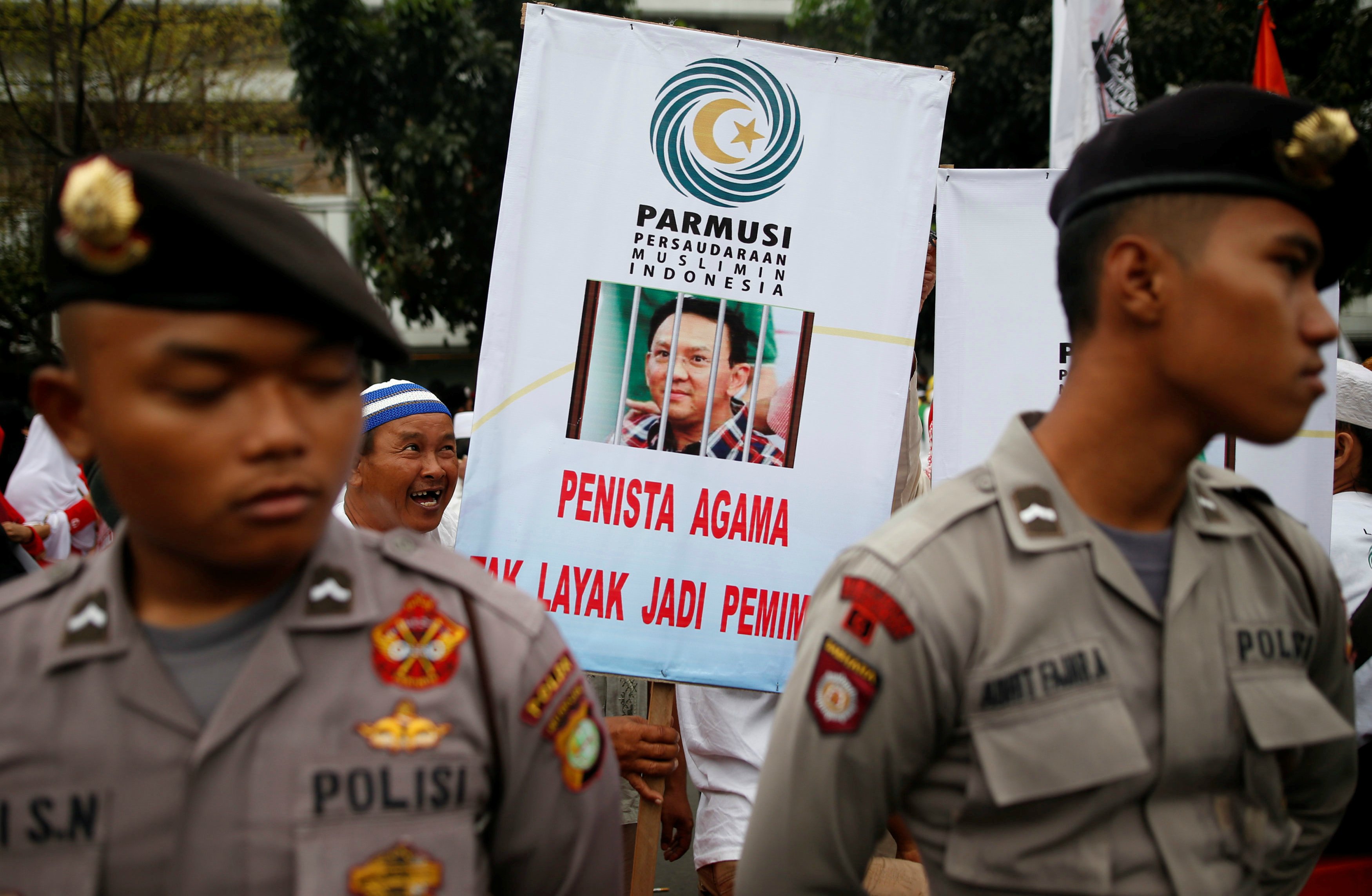 JAKARTA (Reuters) An Indonesian court will proceed with a controversial blasphemy trial against Jakarta's Christian governor, who is accused of insulting the Koran, a judge said on Tuesday, a case seen as a test of religious freedom in the Muslim-majority nation.

A panel of judges rejected a call by lawyers defending Governor Basuki Tjahaja Purnama to strike down the case because it had violated the ethnic Chinese politician's human rights and breached procedures.

"The exception by the defendant will be considered and decided by the court after examination of all evidence. The defendant's exception is not accepted," said Judge Abdul Rosyad.

A tearful Purnama denied at his first hearing on Dec. 13 that he had intended to insult the Koran while he was campaigning ahead of elections in February for the governorship of Jakarta, capital of the world's largest Muslim-majority nation.

Hundreds of white-clad Muslim protesters chanted "Allahu Akbar" (God is greatest) outside the court in north Jakarta on Tuesday and called for the jailing of the governor, known by his nickname Ahok.

"Blasphemy is not acceptable in Indonesia. No religion should be insulted," said Mafut Rudiah, a protester standing outside the courtroom, which was flanked by lines of police.

Standing among a smaller group of the governor's supporters, Kisab Tocakroyo said: "As a fellow Muslim, I think we should forgive him if he has apologised."

The presiding judge on the panel, Dwiyarso Budi Santiarto, said the defence could appeal to a higher court if they did not agree with the decision to proceed with the case.

Purnama, after consulting his lawyers, told the court he would consider doing so.

The next court hearing is scheduled for Jan. 3 and will be moved to an auditorium in the Agriculture Ministry in the south of the city for security reasons, authorities said.

Purnama was named a suspect after hundreds of thousands of people, led by Muslim hardliners, attended rallies in recent months calling for his arrest.

Blasphemy convictions in Indonesia can carry a jail term of up to five years and such charges nearly always result in conviction.

Amnesty International has criticised the law for hurting freedom of expression and for targeting religious minorities.

President Joko Widodo, seen as a Purnama ally, has blamed "political actors" for fuelling the protests, but declined to elaborate.

As governor, Purnama has won credit for cutting red tape and improving the performance of Jakarta's bloated bureaucracy. However, his abrasive language and insistence on clearing city slums has alienated many voters.

After suffering a slide in support in opinion polls, Purnama has rebounded to become the frontrunner again in the election race to lead Jakarta, according to a poll by the Indonesian Survey Institute earlier this month.