(USA Today) The FBI arrested a 31-year-old Missouri man and charged him in connection with a wave of bomb threats against Jewish community centers as part of a bizarre cyberstalking scheme to retaliate against a former girlfriend, federal prosecutors allege. 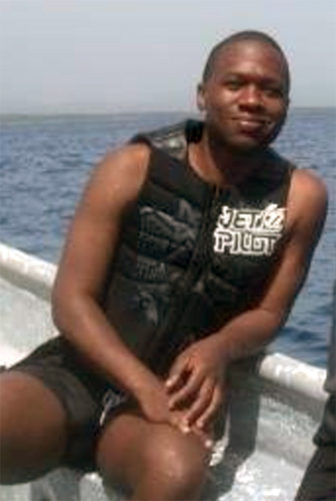 Juan Thompson, who was picked up in St. Louis on Friday (March 3), is accused of making at least eight bomb threats against Jewish institutions in New York, including the Anti-Defamation League, and across the country, in the name of a woman described in court documents as a “former romantic interest.”

“Thompson’s alleged pattern of harassment not only involved the defamation of his female victim, but his threats intimidated an entire community,” FBI Assistant Director William Sweeney Jr., said Friday. The cyberstalking charge carries a maximum sentence of five years in prison.

“Everyone deserves to be free from fear and discrimination based on religion, race or ethnicity,” Manhattan U.S. Attorney Preet Bharara said. “That is fundamental to who we are as a nation.”

One of the threats, emailed Feb. 21 to the ADL’s Manhattan office, named the woman and said she “is behind the bomb threats against jews (sic.). She lives in nyc and is making more bomb threats tomorrow.”

In a bizarre twist, however, some of the threats appear to have been made in the suspect’s own name as part of an effort to claim the former girlfriend, who was not identified by prosecutors, was trying to frame him for a crime, according to court documents.

The complaint said the alleged harassment “appears to have begun shortly after their romantic relationship ended” and to have included, among other things, defamatory emails and faxes to the victim’s employer, false reports of criminal activity by the victim and Jewish center threats in the victim’s name.

The earliest incident mentioned in the criminal complaint occurred in July, when Thompson allegedly emailed the former girlfriend’s employer to accuse her of violating the law. In October, he allegedly accused her falsely of possessing children pornography.

In addition to a spate of bomb threats, three Jewish cemeteries were recently vandalized in New York, Philadelphia and St. Louis.