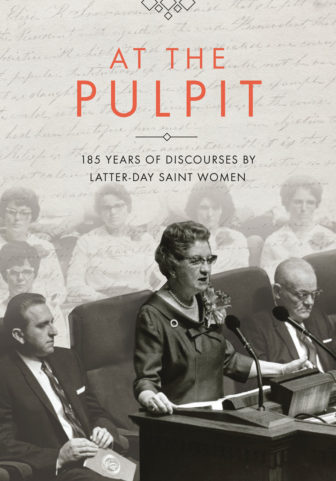 Yesterday I taught the presidency lesson in my ward’s Relief Society, devoting the whole lesson to our history. The Relief Society is going to turn 175 next week. So I devised a Jeopardy game to celebrate that birthday, have fun (I am on a serious quest to make RS less serious), and learn more about who we are.

Much of the quiz show was based around the outstanding scholarship of two LDS Church historians: Kate Holbrook, the Managing Historian of Women’s History, and Jenny Reeder, the department’s Nineteenth-century Women’s History Specialist. Their excavations into the church archives have yielded up another great book for your bookshelves, this one focused on Mormon women as preachers and theologians.

Reeder: I had read speeches by Eliza R. Snow, Zina Young, Emmeline B. Wells, and others and was curious to read more. I was convinced there was much more than has been readily available, and I wanted to find it and make it accessible, not only for women, but for men.

RNS: Why is that important to do?

Holbrook: For some people, women’s words in the church have not been seen as authoritative. And their talks aren’t easily accessible; you have to do some digging, and most of us don’t have time to do that digging when we’re preparing for a lesson or a church talk. We wanted to provide easier access for members and also for our church leaders.

Reeder: I think we underestimate the role women have played in the development of Mormon theology and discourse. From the very beginning, women had powerful conversion experiences, witnessed sacred events, and taught others. They were—and are—full participants. 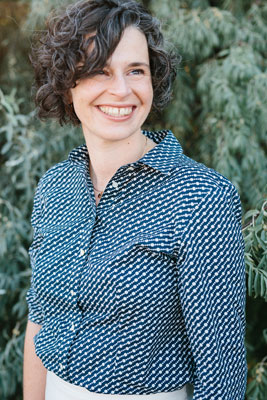 RNS: I like the theological focus here, of looking at Mormon women in history as theologians and preachers of the word.

Holbrook: After completing the book I really feel that women have helped to shape our religious understanding of the gospel and church doctrine. They have spoken a lot, for all of our history, in testimony and other meetings, although for a long time they spoke more often in meetings for women and youth. And before women were speaking regularly at General Conference, the General Relief Society President would speak at the welfare meetings they had at conference time. There’s an appendix in the book that is our best effort to find every time that a woman spoke at general conference-related meetings.

RNS: Early in the book you have a General Conference talk by Lucy Mack Smith. It may surprise people to learn that a Mormon woman spoke in Conference as early as the 1840s.

Reeder: I think this very personal, extemporaneous talk actually tells us more about Lucy Mack Smith and her role as “Mother Smith” than it tells us about women speaking in conference, because the next woman to speak was Zina Young in October 1879 about plural marriage and sericulture. That gap makes Lucy Mack Smith’s address an even bigger deal. She spoke after the deaths of her sons Joseph and Hyrum. She felt an inherent responsibility to maintain an institutional memory for the church.

Holbrook: Then there’s a long period where women don’t speak in General Conference. Women spoke in the general sessions in 1929 and 1930, and then they’re speaking more often at the welfare meetings, with Aaronic priesthood meetings sprinkled in there. That pattern of speaking mostly at welfare meetings and some Aaronic priesthood meetings continues until 1984, when four women spoke at General Conference.

RNS: I imagine there was a wealth of riches in finding these sermons and talks. How did you choose?

Holbrook: It was a huge job. Jenny was responsible for the book up until 1920, and I took over from 1920 on. For that portion, a woman named Rebecca Strein was such a powerhouse. She was my main research assistant. She scanned them all according to our criteria, and when she found them, she would bring them to me. I would look through those and pick two or three per decade. And then I would bring them to a meeting and we would talk about whether or not they should go in. In our search for international voices, we looked at all of the Area Conferences that took place during the 1970s. That’s where we found the talk by Mexican stake Relief Society president Lucrecia Suárez de Juárez. 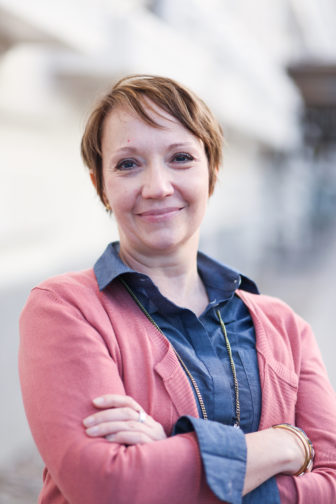 Reeder: A team of volunteers and interns read through every Relief Society minute book and issues of publications including the Woman’s Exponent and the Young Woman’s Journal. We also wanted to demonstrate the breadth and depth of where women were speaking: obviously Relief Society, but also Retrenchment meetings, Young Ladies Mutual Improvement Association meetings and conferences, a Utah Suffrage Association meeting, a National Council of Women meeting, etc. These women spoke broadly, intelligently, and from experience.

RNS: What are your favorites?

Holbrook: I don’t have one! I love them. I’ve been thinking a lot about the quotations in the book about unity and forgiveness, given our current political climate. I’m finding them to be very inspiring and soothing. Jenny Knight Brimhall has a talk on forgiveness that is a real gem. “Let us each and all bury our grievances . . . and forgive as we hope to be forgiven.”

Reeder: For one, Jane Neyman’s plea for spreading the mantle of charity came from her own experience as a victim of slander and gossip. I also love Zina Huntington’s speech at the Lehi Relief Society. The previous speakers talked about the sacred responsibility of motherhood, which is always a common theme among Mormon women. But I can just see Zina looking into that specific Relief Society congregation and seeing Rebecca Standring, a friend who had been unable to bear children. And Zina sort of switched things up and said, “and to mothers I would say, fulfill your duties to your children, for they are blessings from God entrusted to your care; and to you my sisters who may not have children, be comforted. We serve a just God, and if you are faithful to his cause it will be no loss to you.”

RNS: Have you encountered any resistance to the idea of women having the authority to preach?

Holbrook: No. While we were working on it, two important talks came out. Elder Oaks gave a General Conference talk on authority (“What other authority can it be” when women serve, other than priesthood authority?). And President Nelson gave a talk on needing women’s voices (“We, your brethren, need your strength. . . . The kingdom of God is not and cannot be complete without women who . . . can speak with the power and authority of God”). I felt like we were all preparing for the publication of this book, and for women’s voices to be treated as authoritative in church talks, manuals, and lessons.